A strategic framework for European recovery 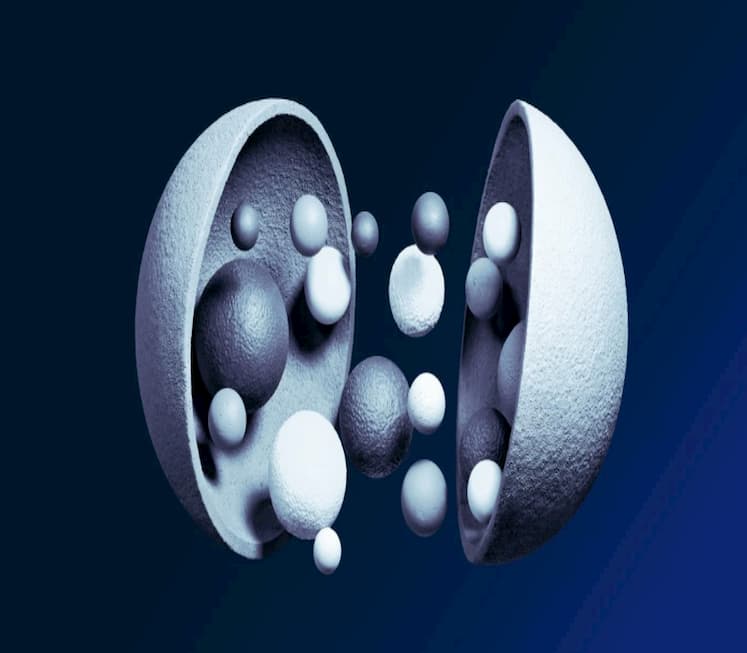 The lockdowns European countries imposed when the COVID-19 pandemic hit have caused supply-and-demand shocks in all industry sectors. In response, governments have launched lifeboats, such as loan guarantees, and value transfers, which include income support and exceptions to social-security contributions. Loan guarantees form the backbone of fiscal measures in Europe, accounting for at least 69 percent in each of the five largest economies.

While the measures are unprecedented in scale, so is the value at stake. According to the McKinsey Global Institute, the difference between a weak and strong recovery in the eurozone could be as much as €1.7 trillion.

To improve the chances of making a strong recovery, European governments must allocate resources in the best possible way. In this article, we argue that for some sectors, this will mean focusing on navigating safely through the COVID-19 crisis. However, for others—such as those that were already in structural decline and were then badly hit by the crisis—it will mean catalyzing structural change and preparing for restructuring.

As industry sectors in Europe recover from COVID-19, they will fall into one of six archetypes

Industries in the first four archetypes are, to varying degrees, both resilient and fundamentally strong. First, there are sectors that may be able to seize new opportunities—for example, by the effective use of digital business models. The second archetype is composed of sectors that are likely to continue to see relatively stable demand and therefore see minimal impact on operations and supply chains. Third are those that we expect to rebound after experiencing a significant reduction in demand, and the fourth group is made up of those we think will recover—but slowly.

The other two archetypes are in the unhappy position of having been hard hit by COVID-19 even as they were already facing structural problems. One is composed of sectors that have experienced severe demand shocks and will likely have to consolidate. The other we refer to as “strayers”: these sectors will need to change the most.

Whatever the archetype, however, the pace of recovery will be largely determined by three factors: the impact of COVID-19 (as measured in expected decline of GDP), the structural challenges each was facing before the crisis hit, and the structural changes caused by COVID-19.

In terms of the impact of the crisis on GDP, the sectors that have contributed most to its decline include manufacturing, retail, wholesale, accommodation and food, and construction. In each case, we analyzed both the supply (of labor and capital) and demand effects of COVID-19. The latter has driven the great majority of decline (Exhibit 3). For example, during the height of the lockdown, we estimate that Germany’s GDP fell 25 percent; according to our analysis, demand-side effects accounted for 24 points.

To measure structural challenges before and after COVID-19, we combined qualitative and quantitative metrics, including wage growth, potential for automation, and trade policy, and combined them into an index. A high index number represents bigger challenges, and a low number refers to sectors that are more resilient and less exposed. Applying this analysis to Europe’s biggest economies—France, Germany, Italy, Spain, and the United Kingdom—we found that manufacturing industries in particular, including auto, textiles, metals, high tech, and chemicals, face the most significant structural challenges. Banking and wholesale are also highly exposed. Healthcare, real estate, and other services are less exposed. There are, of course, some differences among countries. In France, the construction sector is especially exposed compared to the rest, and its banking sector is less so. In Italy, the wholesale sector is less exposed than in other key economies, while high-tech manufacturing is more exposed.

It is important to remember that the crisis could accelerate preexisting consumer trends, such as the shift of consumption from offline to online in various product categories, including retail and entertainment. A fall in discretionary spending could hurt others. And in-person activities, such as shopping in malls or going to the movies, may see enduring fall in demand.

To show how these archetypes break down in a specific country and how that affects the pace of recovery, we looked at Germany, Europe’s largest economy.

In the four positive archetypes, food retail is the only sector in Germany that looks likely to be able to seize new postcrisis opportunities. It not only faced low structural challenges before and after the COVID-19 crisis but also has actually grown during the crisis; moreover, it can build its grocery online-ordering and delivery capabilities. Insurance, pharmaceuticals, and real estate are expected to be able to continue more or less as usual. Energy and healthcare sectors will likely rebound relatively quickly, while banking and nonfood retail will probably recover slowly. Of the negative archetypes, wholesale operations and different types of manufacturing will probably have to consolidate, while airlines, arts and entertainment, and hospitality are among the strayers—sectors that will likely be required to make long-term changes due to COVID-19.

From archetypes to action

The actions of policy makers and business leaders to date have been directed at alleviating the immediate impact of COVID-19. To encourage the most robust recovery possible, they will need to take into account the different patterns of recovery that industry sectors are likely to see.

Some of these structural difficulties could be partially offset by opportunities, ranging from enhancing sustainability to improving resilience to trade disruptions. The greatest potential, however, is in digital transformation. In 2019, the McKinsey Global Institute estimated that if Europe were to catch up with the United States in digital and artificial-intelligence technologies, it could add €3.6 trillion in GDP by 2030.

The higher entry barriers of digitization in terms of initial financial investments as well as buildup of talent and competences are less lucrative in Europe’s comparably smaller markets than in the United States; Europe also has more small enterprises. These factors reduce economies of scale. To do better, European businesses could join forces to build data-related infrastructure, agree on standards and interfaces, or set up data-sharing agreements. Companies may also need to reshape their portfolios—through mergers, acquisitions, and divestitures, as well as business-model innovation.

Policy makers should support the transition to digital technologies and sustainable business models by continuing to develop the vibrant Europe-wide ecosystem of companies working on frontier technologies, by expanding state-funded research and development, by harmonizing technology regulations and standards, and by building a strong digital infrastructure. Such measures will have broad relevance. In relation to the archetypes, more specific actions will be required of governments.

Safeguard the sectors that will lead the recovery

The four positive archetypes—seizing, continuing, rebounding, and recovering slowly—require measures focused on liquidity and short-term support. To foster a strong recovery, policy makers should focus on navigating sectors in these archetypes safely through the crisis and beyond, based on the measures that have already been launched. Any addition to the current fiscal measures should be calibrated to the specific needs of the industry. Some companies might need lines of credit, for example, while others would benefit more from regulatory changes or short-term wage subsidies. Any further measures should be timed to changes in lockdowns. For example, if governments decide to support the tourism sector, they should synchronize their efforts with increases in demand.

For their part, business leaders in these sectors should primarily focus on maintaining the economic health of their companies and increasing resilience against the crisis by preparing their supply chains for the next normal. That may include new selection processes for suppliers and an increased focus on a “regional for regional” supplier strategy.

Support strategic change among the consolidators and strayers

Sectors that faced structural challenges prior to COVID-19 and that have also been hurt by it—the consolidating and straying archetypes—account for 40 percent of GDP in Italy, more than 30 percent in Germany, and 20 to 25 percent in France, Spain, and the United Kingdom. The most-affected sectors are largely the same across Europe’s five largest economies. For example, textile manufacturing has endured a demand shock and was also in structural decline prior to the crisis. That said, the contribution of specific sectors to individual economies can differ—the food, accommodation, and transport sectors are more important to Italy than to Germany, for example. Thus, it is important to consider the relative role played by sectors from both a national and a Europe-wide perspective.

In these sectors, governments need to ensure that the crisis is used as a catalyst for change—with a wide range of measures, from additional reskilling programs to large-scale investment in building a digital infrastructure. According to the McKinsey Global Institute, 30 to 40 percent of employees in developed economies will have to change professions or undergo complete retraining by 2030. Policy makers could support adult-learning programs and collaborate with unions and employers to offer individual career and skill ladders to those in low-wage occupations. Of course, before the COVID-19 crisis, such efforts existed. Postcrisis, with supply chains in flux and new technologies on the ascent, they will need to be bigger and better.

Companies in these sectors can use the crisis as a catalyst for change and accelerated restructuring, as consolidation looks likely. Additionally, companies can accelerate their digitization to improve their cost competitiveness. To some extent, business leaders in these sectors should also position themselves for fundamental business-model innovation, applying a digital-first lens and adapting to changes in consumer behavior. Many may have to reshape their portfolios through mergers, acquisitions, and divestitures.

Disposable Face Masks Are Being Shredded And Turned Into Roads