AI + Augmented: Pushing the Limits of What Machines Can Do 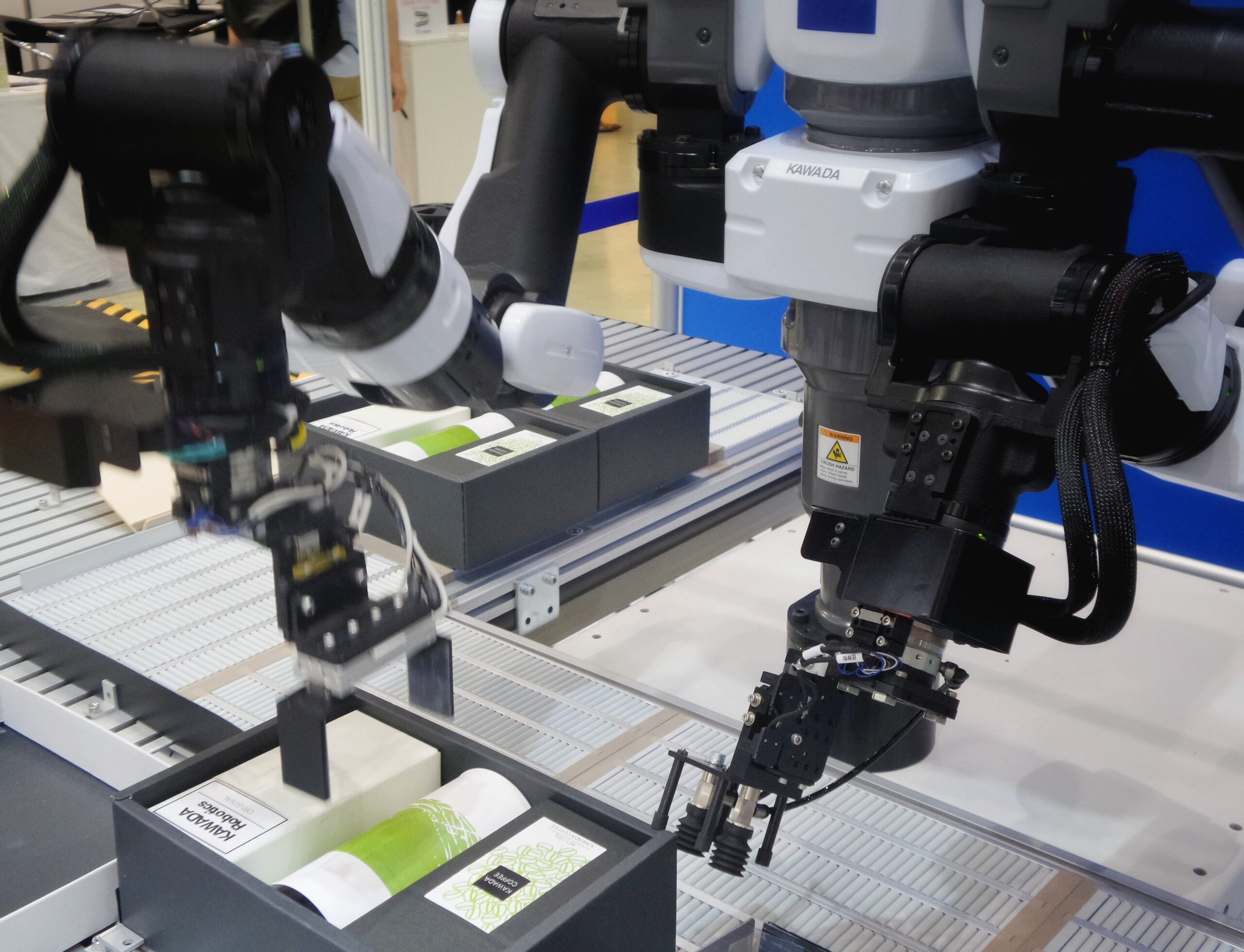 “If you had a superpower, what would it be and how would you use it?” is a common job-interview question. Ask the same question of manufacturers, and it’s likely that no matter which superpower they select, they would use it to do no harm, with enhanced safety; to do more with the same through improved productivity; or, to do the same with less via greater efficiency. AI + augmented machines can make this a possibility.

The manufacturing sector has pioneered a range of innovative technology “superpowers” — exoskeleton suits, machine learning, artificial intelligence (AI), cobots and digital twins, to name a few. Among these, the application of AI attracts perhaps the greatest attention due to its potential impact on the future of manufacturing automation. Less frequently mentioned, but equally important, is augmented intelligence.

To better understand the relative attributes of both, and how they complement each other, it is useful to clarify their roles.

AI is founded on technologies that enable machines to learn, comprehend and act. In manufacturing, machine learning-based AI collects and utilises data from multiple sources like Internet of Things (IoT) sensors and embedded intelligence in systems that can process, assess or report — producing relevant data for analysis, forecasting and improvement. In doing so, AI represents a machine process that mimics a human’s cognitive functions to make decisions on its own; effectively taking humans out of the loop.

Nevertheless, any machine has its cognitive limits. It is constrained based on what it has been trained to do. In situations where conditions are routine and predictable, AI can cope, but in conditions that are new, irregular or nuanced, it is not so effective.

When there is frequent or essential need for human intervention to decide on the right option, augmented intelligence may be more useful. Augmented machines intelligence goes further than AI, endeavoring to create a human-centered partnership of people and real-time situational intelligence that combines to enhance information processing and decision outcomes.

Augmented intelligence works with AI to improve cognitive performance in areas such as learning, decision-making and encountering new experiences. Applying the augmented intelligence ‘superpower’ analogy to manufacturing, its value becomes increasingly evident in the areas of safety, productivity and efficiency.

For example, the issue of remote operations during the pandemic has been frequently discussed both in terms of how to safeguard the workforce and how to continue production despite absent personnel. We anticipate the situation will eventually normalize, but nonetheless, remote manufacturing operations will remain a priority in future plans. In both scenarios, augmented reality can apply human insight to tasks that contain a degree of unpredictability to ensure not only worker safety, but also continued production.

In addition, the safety benefits of digital personal protective equipment expand beyond healthcare into augmented intelligence applications. Using sensor-driven smart technologies, humans at work in areas of physical risk can receive real-time, AI-based feedback about their environment or exposure threat. The combination of human insights augmented by AI enables them to react accordingly in unpredictable situations.

When it comes to productivity, machines can improve the speed and accuracy for repetitive tasks, but humans can provide the critical domain knowledge, creativity and analytical capabilities for solving problems on the factory floor. With extended reality—which pulls in AI-driven data and processes to create a faithful digital model of the physical world— augmented intelligence can make human analysis, decision-making and process modification quicker and easier. In this case, the AI and human interaction combination can be extremely useful to identifying flow errors, test equipment, or examining critical and difficult design tasks.

Such gains call for new levels of connectivity. Today’s AI systems with a human interface are designed to support a delay of no more than 100 milliseconds, this being the threshold that humans can process without performance degradation. However, AI systems designed to support machine-to-machine communications and control are able to support more stringent requirements—on the order of 1-10 ms of delay and 5-6 ‘nines’ of reliability (99.9999%).  While meeting this performance level is possible in wired networks, this was not feasible on wireless networks until the advent of 5G.

As 5G standards evolve, subsequent releases will feature new capabilities such as time-sensitive communication as well as improved positioning and localization. The result will be new AI “superpowers” that were previously impossible in networks.

One example of what’s possible is Nokia’s Conscious Factory in Oulu, Finland. A fully digitalized 5G-enabled factory, Oulu showcases modular assembly with collaborative robots, autonomous vehicles for material handling and massive-scale sensing for real-time asset tracking. These systems are overseen by an augmented workforce that receives real-time feedback driven by AI/ML recommendations from video surveillance of the assembly process. Augmented intelligence through real-time asset monitoring has improved quality and helped establish preventative maintenance schedules. As a result, this factory has seen a 30% year-over-year improvement in productivity, 80% efficiency gains (resulting from reductions in robot lead times) and improved worker safety.

AI can only go so far, however, and we should not be swept away by the notion of AI manufacturing involving augmented machines. People will remain an integral part of manufacturing operations. This is why the goal of Industry 4.0 should be to augment human intelligence, rather than to replace it completely. And, there are areas where safety, productivity and efficiency gains with augmented intelligence are potentially huge.

Crucial to Industry 4.0 is extending the skills of workers to handle more complex tasks. Deploying 5G and edge clouds to connect devices, machines and systems has the potential to deliver the information in real time that helps workers to better perform tasks. In doing so, manufacturers can realize the heroic potential of augmented intelligence – endowing powerful senses and superhuman abilities that help to deliver all the promises of Industry 4.0.