Aidan Flynn: Contrary to some commentary, trade at ports in North has risen with new Irish Sea border 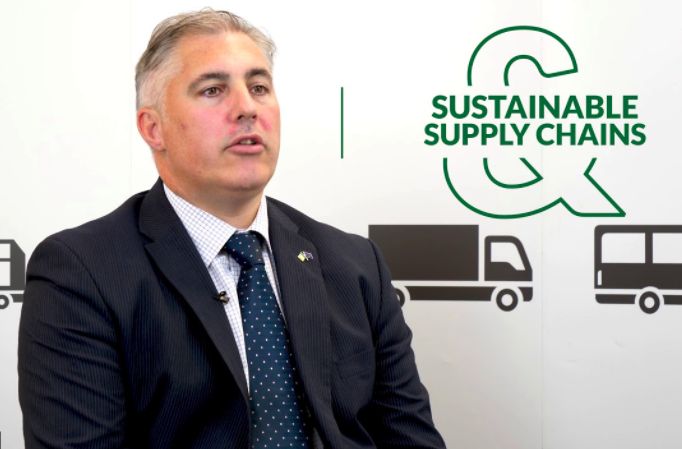 The consequences of the UK leaving the EU customs union and the single market for the island of Ireland have never been far from the headlines since 11pm on the last day of December.

Trade barriers, non-tariff barriers, rules of origin issues, and barriers for the movement of products of animal origin have all increased and pushed up the cost of doing business between the UK and the EU.

For the freight firms, the 11th-hour deal failed to provide a transition period but the Northern Ireland Protocol, a negotiated treaty between the UK and the EU, provided a solution to avoid a hard border on the island of Ireland while safeguarding the integrity of the EU single market.

To allow for continued access to the single market and customs union, different rules apply for the movement of goods between the North and Britain.

The rules for moving goods from Britain to the Republic through the North, and vice versa, require it should be no less cumbersome than going directly from Britain through Holyhead or Liverpool, to Dublin or Rosslare ports.

The reality is that it can add additional administrative burden and costs.

In both cases, safety and security declarations are required to be lodged to northern customs systems in advance.

To bring goods into the Republic from Britain, through Holyhead or Liverpool, there is no requirement to submit transit documents.

Infrastructure to check the flow of goods between the UK and the EU and vice versa were built at Dublin Port at a cost of €30m since 2018, while permanent infrastructure in northern ports, including at Larne, has yet to be completed.

The recently published, Supporting Welsh Ferry Ports, shows a drop in volumes of 50% at Holyhead.

Much of the traffic is believed to have diverted away from Welsh ports to direct routes between the Republic and the continent and the North and Britain.

The result is that trade between the Republic and Britain is now unrecognisable, as volumes have plummeted.

Contrary to commentary in some quarters, trade between ports in the North has bucked the trend.

Volumes on the Britain-Northern Ireland routes have increased 5% from a year ago. One of the reasons is that some northern hauliers which in the past used the quickest route via Dublin Port, are now diverting to the Cairnryan-Larne connection.

There are other reasons too. The Northern Ireland Protocol enables a so-called simplified frontier declaration to be submitted at the time of import and allows the goods to flow through ports without the requirement for a full declaration.

The Irish-Britain supply chain is in an intense period of adjustment and realignment but it is resilient. However, it will take some time for the unprecedented disruption to settle.

The Irish-Britain supply chain is in an intense period of adjustment and realignment but it is resilient. However, it will take some time for the unprecedented disruption to settle.

Politicians on all sides to work together and take account of the commitments in the Trade and Cooperation agreement and reduce unnecessary administrative red tape.

It is critical that the EU ratify the trade and cooperation agreement as soon as possible.