Brexit: opening the back door 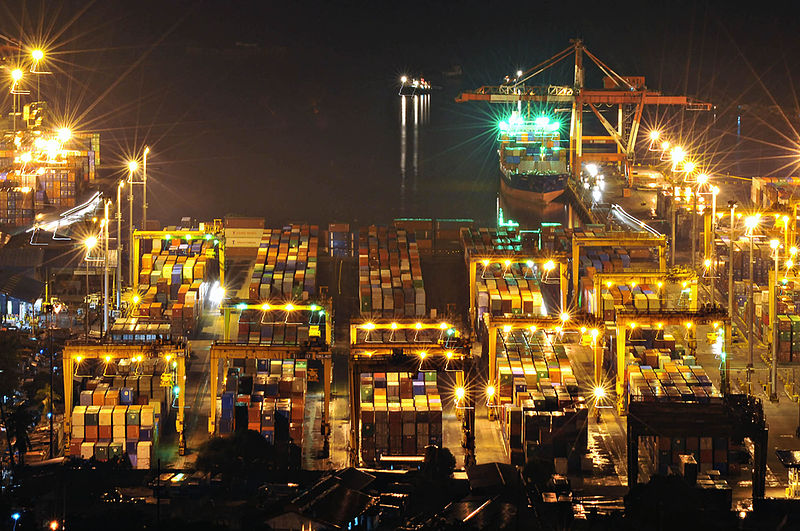 While Covid-19 and the new lockdown continues to dominate the headlines, the aftermath of TransEnd (still referred to as “Brexit” by many media sources) remains the non-story of the year.

A media lorry watcher gives us some information from ferry-operator DFDS, which says that, on 1-2 January, 1,351 vehicles went through the Port of Dover. That compares with 3,239 last year, a cut of more than half in traffic volume over the year.

The agency Bloomberg gives us rather more information, although it amounts to the same thing. Between 7 am on 31 December and 7 am on 4 January, lorry crossings at Dover averaged a thousand daily, compared with 2019 when the average was 6,500. On Monday morning, the traffic was light, with no sign of hold-ups at the Eastern Docks.

However, Richard Ballantyne, chief executive officer of the British Ports Association says that this is “probably the calm before the storm”, observing that, “It’s always quite quiet after the new year”.

Apart from the New Year’s holiday, the relative quiet is put down to companies ordering early in anticipation of potential delays, and a reduction in demand because of the temporary closure of France’s border in late December.

Another factor has been a deliberate policy of some trucking groups to avoid Dover and to delay truck movements for a few weeks until there is some sense of where the problems lie.

This is confirmed by Jon Swallow, co-founder of Jordon Freight, which ships goods between the UK and the EU. But he sees trouble ahead after taking multiple calls from businesses on Monday which believed that the Christmas Eve trade deal relieved them of the need to file paperwork to cross the Channel.

Swallow notes that their optimism is misplaced. Firms will still need to file customs declarations and comply with other new formalities due to Brexit, he says, adding: “We’re so shocked. These are not small companies”.

Delays and diversions, however, seems to be having an effect. There have been reports (by Reuters and others) of empty shelves in a Paris branch Marks & Spencer. Items out of stock included sandwiches, salads and a turkey tortilla with curry. A spokesperson for M&S said the border controls were causing delays to deliveries, although it was working on the problem with suppliers.

Paris wasn’t the only location affected though. Other reports had the M&S branch in Dundrum Town Centre in Dublin running with empty shelves. A section of the chilled goods area, which usually contained pre-prepared chicken products, was bare and other fridges also contained empty sections.

That may have something to do with a small number of trucks being turned away from Dublin Port, although local officials seem to be making light of the matter. The head of Revenue’s operations at Dublin Port, Tom Talbot, says that in the “early days, things at the Port are very much bedding down”. He expects it will bed in “very, very quickly”.

Nevertheless, as reported on this blog nearly three years ago, the Irish have been taking measures to by-pass the UK to avoid problems in UK ports arising from the use of the so-called “land bridge” route to continent.

Picked up by the Financial Times – trailing in our wake – we see them report that direct freight shipments to European mainland have been increased.

One current example is the ferry operator, Stena Line. It is doubling its pre-Christmas capacity on its direct freight link between Rosslare in south-eastern Ireland and the French port of Cherbourg. Although sailing times are longer on direct sea crossings, Simon McKeever, chief of the Irish Exporters Association, says there is a good demand for such routes.

The FT cites him as saying: “There is definitely for some time been a desire to seek out an alternative to the land bridge and we are seeing members looking to avail of more direct shipping routes to the continent, to the extent that some companies are having difficulty booking space on the inward-bound journey from France early in the new year”.

According to the FT, the Irish Maritime Development Office, a government body to develop and promote shipping, has advised exporters and importers to examine alternatives to the land bridge since 2019. Direct continental roll-on roll-off and lift-on lift-off routes from Ireland are the “fastest-growing routes” in recent years, it says.

The paper dates the expansion from 2018, since when several new direct freight services have been introduced, linking Ireland with ports in France, the Netherlands, Spain and Portugal.

It was then that the ferry company CLdN SA was preparing to deploy its newly-built ro-ro ferry, named the Celine, to the port of Dublin. This 234m giant, with the capacity of 8,000 lane metres (equivalent to nearly 500 articulated trucks), had originally been intended to serve the UK-Belgian route but has now been pressed into service on the Dublin-Zeebrugge route, by-passing the UK route to the continent via Holyhead.

This was joined in early 2018 by a new sister ship, the Delphine, which had just made a maiden call to Dublin Port. It too was intended to serve the Rotterdam-Zeebrugge-Dublin route.

Brittany Ferries also announced the first ever direct ferry link between Ireland and Spain. The company was to operate two direct return sailings weekly from Cork to Santander in Northern Spain, from the end of April to November of this year. A new ship was to be chartered to serve the route.

Coming right up to date, from 2 January, there has been a new roll-on roll-off service between Rosslare and Dunkirk. This, senior figures in Irish transport say this has the potential to be a game-changer, with six sailings a week in each direction.

DFDS, the Danish operator of the new service, aims to displace a significant portion of the 150,000 shipments on the land bridge. “We obviously need to eat into that to a relatively large extent”, said Torben Carlsen, chief executive of DFDS. “We probably need 40,000-50,000 of those movements to make this route viable”.

Glenn Carr, general manager of Rosslare port, says freighters had booked “very strong loads” in both directions on the Rosslare-Dunkirk route as the service started at the weekend. Similarly, Stena Line said its first post- transition sailing to Cherbourg from Rosslare had sold out.

The Rosslare-Dunkirk sailing takes 24 hours, about six hours longer than travelling between Dublin and Calais via Britain. But going via Dunkirk provides more time on the road after arriving in Europe because truckers will not have been driving for a day. By contrast, the drive through the British land bridge limits truckers’ hours on the road after they arrive in Calais.

The FT also cites Perennial, an Irish freighter specialising in direct services to the continent. It had moved to boost its capacity to meet a sharp rise in demand before the end of the UK transition period.

Chris Smyth, Perennial’s commercial director, said: “A lot of it is being driven by the big supermarket chains. The multiples are putting pressure on the fruit importers because they need continuity of supply. On the export side, it’s big Irish meat and dairy producers. Because it’s food product, they want to avoid both the customs documentation and any [sanitary and phytosanitary] checks”.

One almost senses that Ireland could be pitching itself as a distribution hub for the UK. It would be rather ironic if shipments from the continent via Dover were re-routed to Irish ports and then trucked to the UK via Holyhead where, for the time being, there will be no inbound checks.

This could explain why in 2018, Irish Ferries ordered a new, €165.2 “super cruise” ferry to serve the Holyhead – Dublin route, capable of carrying up to 1,500 cars or 330 trucks across the Irish Sea. It will be the largest cruise ferry in the world in terms of vehicle capacity, and will be one of two super-cruise ships serving the route, by-passing Northern Ireland, and its “cumbersome“ checks.

Rather than Northern Ireland becoming the “back door” into the Single Market, we could be seeing Ireland become the EU’s back door into the UK, outflanking British preparations in Kent. If that happens, the scene at Dover yesterday (pictured) may yet become the norm.