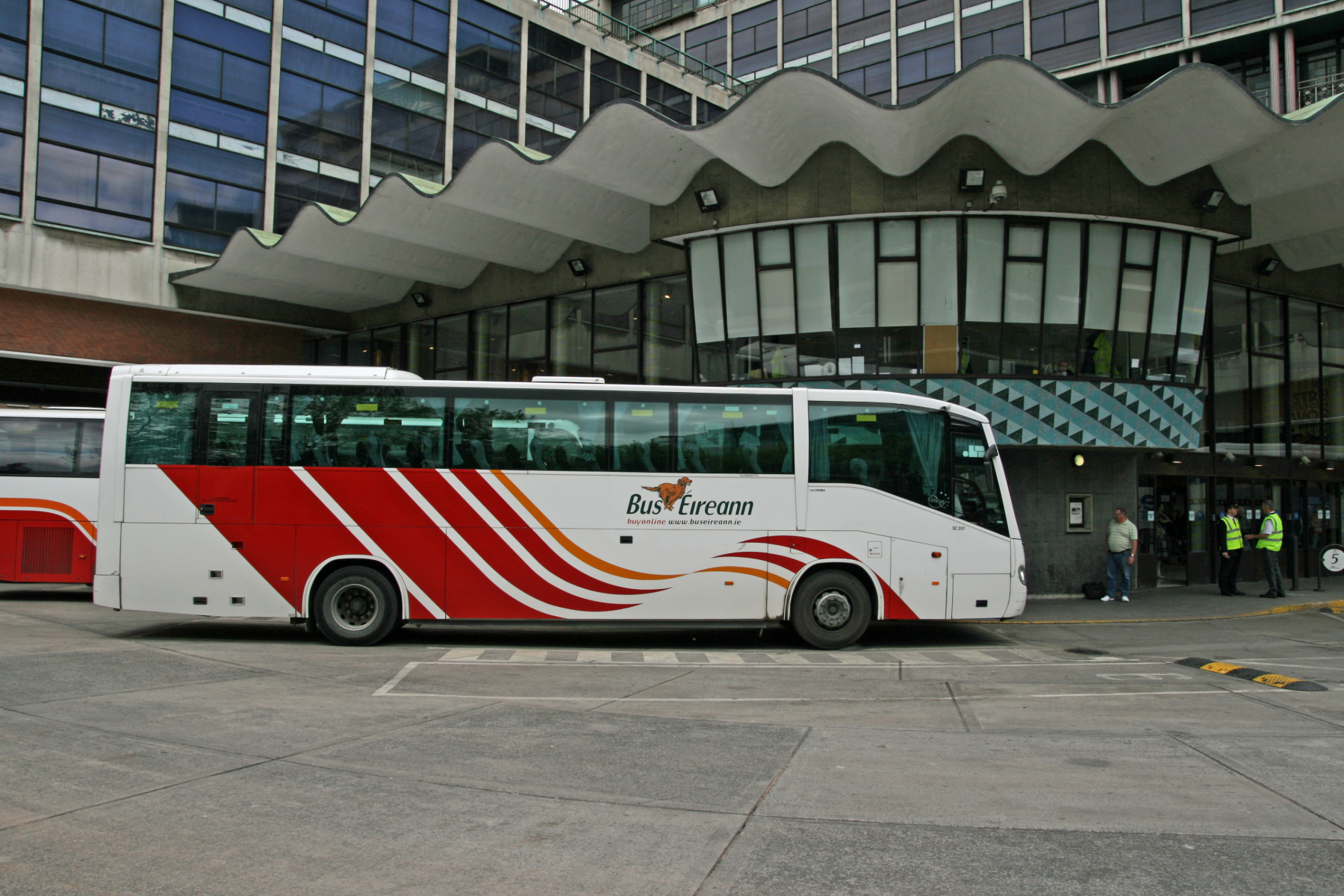 The redevelopment project represents a significant planned investment and would provide improved facilities for more than 2,500 daily passengers, 270 Bus Éireann customer-facing employees, and up to 90 head office employees. This will be the most significant development work in the bus station since it opened in 1953.

Stephen Kent, Chief Executive Officer, Bus Éireann, said, “Busáras is an extremely important building for Bus Éireann, facilitating more than one million passenger journeys a year. We are very conscious of its heritage significance as Ireland’s first purpose-built bus station, designed by Michael Scott, and its stature internationally as one of Ireland’s most prominent modernist buildings. We are keen to both preserve and revitalise the bus station and ensure it is able to continue to fulfil its original function.”

“Earlier this year Bus Éireann published our first sustainability strategy. The redevelopment and investment in our bus stations is an important element. From a customer perspective we want to make bus travel the first choice for people, working towards providing a service that is 100% fully accessible and 100% emissions free.”

As well as restoration works on the renowned mosaic tiles, the redevelopment plans will provide significant improvements for customers. Busáras will become a fully accessible bus station with accessible toilet facilities as well as providing fully accessible changing rooms for those with special needs, a new entrance from Store Street will be fully accessible and independent of the bus station, and the building will offer a fully accessible seated conference facility within the basement theatre for 140 attendees. This will be used by Bus Éireann as a training venue and could be available for hire. Ticket machines will be relocated to improve passenger experience and circulation.

If planning approval is secured from Dublin City Council, Bus Éireann will move to secure Board approval and then funding to tender and execute the works. The works would be carried out on a phased basis and are mostly internal, meaning bus and coach services would not be disrupted. A previous application was approved in 2015 and remains valid. The new application adds elements such as the refurbishment of the Eblana theatre and extends the accessibility measures. Because of the protected status of the building, all work to original materials will be fully recorded and notified.

Busáras, officially named Áras Mhic Dhiarmada after Seán MacDermott, was designed by architect Michael Scott, building began in 1946 and was completed in 1953, costing over one million pounds to build. Today Busáras services over 17 different routes and 1,131 arrivals/departures every week. Bus Éireann leases the bus station section of the building from the Government of Ireland on a 200 year lease which commenced in 1953 and has 132 years left to run. The upper floors of the building are occupied by the Department of Social Protection.

20% Reduction in Bus Fares Outside Dublin