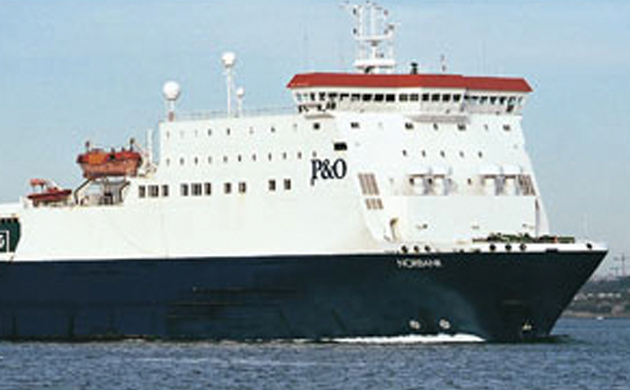 Each year the Irish Maritime Development Office (IMDO), as part of its Short Sea shipping promotional activity in Ireland, runs a Conference which seeks to hit the currently burning topics. They do this in conjunction with the European Group of short sea shipping bodies and the conference alternates between Dublin and a non-Irish location. This year’s event took place in Paris on March 14th. It was led by BP2S, the French Short Sea Shipping and intermodality promotional body. The lion’s share of the discussion both formally and informally, was how the Shipping industry could best tackle the issue of reducing greenhouse gas emissions.

At that conference the issue was set out very starkly. Northwest European waters have been divided into two zones, an outer zone with its eastern boundaries, a line between Land’s End in England and Brest in Brittany and enclosed by a line running from the northwest corner of Scotland, west of Shetland and to a point half way up the west Norwegian Coast. The area enclosed, basically the English Channel, the North Sea and the Baltic, has been designated as a Special Environmental Control Area (SECA) due, mainly, to the high population densities in the countries bordering the seas and waterways within it. From 1st January 2013 the permissible level of sulphur emissions from ships and barges within the SECA has been set a 1%, but, 20 months from now this limit will be brought down to 0.1%.

The Paris conference was told that currently, at any one time in the European SECA ,there are approximately 2,500 ships operating, and these would burn about 12 million tonnes of heavy fuel oil a year. By 2015 this level of pollution will have to stop completely. The solutions proposed include switching fuel to LNG and fitting “scrubbers” to clean the emissions en route to the funnel. At the time of writing there are 37 LNG fuelled ships in service in the area and another 31 on order, while only two vessels have had scrubbers fitted.

It’s quite clear that the switch to either of these technologies is going to be far too slow to meet the deadline and that a third option, that of burning low sulphur fuel in existing engines is the most practical answer. It is interesting, by the way, that the estimated cost of retro-fitting “scrubbers” is E2.5 million per vessel which, in many cases, would be what the vessel was worth, while current LNG technology means that the much larger fuel storage tanks required to carry any reasonable amount of fuel, reduces the cargo carrying capacity of the vessel significantly. Whether or not the recent announcement by the US based Lockheed Martin Company that it was going to apply the technology and production facilities that it used to build the booster fuel tanks for the US Space Shuttle launches will enable vessels to used compressed natural gas, thus saving on space produces a game changer remains to be seen.
From 2020 vessels operating in European waters outside the SECA which now operates to a maximum pollution level of 3.5% will have to take that figure down to 0.5%.

The limits set out above have been put in place by the EU Authorities and, though it may run counter to public perceptions, this is not something where Europe leads and the US lags. The US East and West coast waters became subject to tough Sulphur emission limits from August 2012, while the US/Caribbean sea are adopts similar limits from January 2014. This is important for a number of reasons, the two most important, perhaps, being that it is extremely naive for the European shipping industry to think that the deadlines can be postponed or some sort of derogation would be put into place and, because switching ship’s engines to running on low sulphur fuel, basically, diesel, will hugely inflate the cost of that product and, with it, the cost of all modes of land based transport.
The EU has come up with offers to help Ports with the costs of installing LNG refuelling facilities and this may enable, for example, DFDS Logistics to move their freight ferries operating on the North Sea to that fuel. The same Company is pushing the Ports into which its ferries operate to install “cold-ironing” (Shore Power electric plug-in equipment), but, going back to our original figures, this does  nothing to resolve the issues for the other 2000+ vessels operating within the SECA and the even greater number that have to be compliant by 2020.

On land, the European trucking industry has been very much aware of the pollution issues and has constantly improved vehicle technology to reduce this. The railways outside the island of Ireland are rapidly switching to electric traction. Based on the assumption that the power generation is itself low-carbon that is good, and in the US major freight train operator, BNSF is conducting trials with locomotives powered by LNG. In the air Lufthansa and some other carriers are trialling use of bio fuels to reduce emissions while airborne and with use of electrically powered tugs while taxiing. The thought has also struck a number of people that the recent grounding of the Boeing Dreamliner aircraft following major problems with lithium batteries, might not lead to an intensification of research into the whole battery technology area and ultimately lead to the development of electrically powered trucks and busses.

It is extraordinary that the European freight transport industry is so relaxed about these developments that are only a number of months away. It is also clear that the assumption that the new limits will only lead to more goods being transported by truck and less by ship is nonsense. If the annual local Northwest European consumption of diesel increases by 12 million tonnes as ships switch to this fuel the price of diesel for trucks, rail, even private cars and home heating will go through the roof. There is also the not inconsiderable matter of what the oil refiners will do with the heavy fuel oil fraction of the crude oil.
I, through my work with the Irish Exporters Association, am involved in a number of European backed logistics projects. Within “Weastflows” where the effort is focussed on achieving sustainable freight transport across Northwest Europe, the issues outlined in this piece have been well ventilated. So far, there have been no magic solutions but, through the project, we will work on to find ways to temper the inevitable major increase in cost of moving goods in Europe. 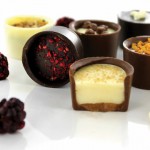 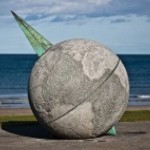