Celebrating the 150th Anniversary of the Birth of Henry Ford 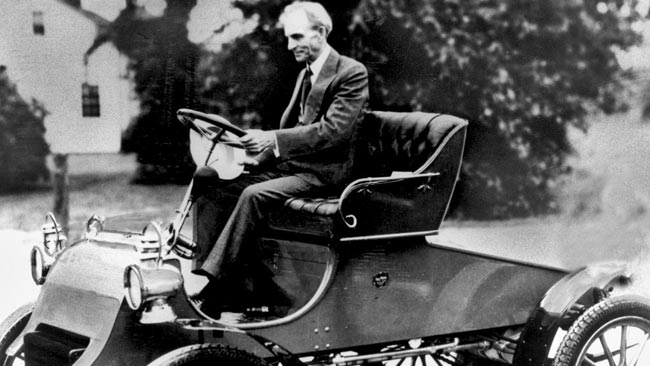 It would certainly be very remiss of an International Transport Institute (e.g. CILT) to let the year 2013 pass without mentioning the 150th Anniversary of the birth, in Michigan USA, of Henry Ford – Founder of the great Ford Motor Company. Throughout the world Henry’s 150th Anniversary year is being remembered and celebrated. It was in 1847 that John Ford and several members of his family – including one of his sons, William Ford– pulled up their roots in Ballinascarthy, West Cork and emigrated to the new world  in search of opportunity.

The Fords settled in Dearborn, Michigan, and William eventually married Mary, the daughter of one Patrick Ahern, another “Son of Erin” and a native of Fairlane, Cork City (Fairlane is now Wolfe Tone Street). William and Mary’s son Henry was born in 1863. From these basic facts one can safely assume that there was no shortage of Irish blood running through Henry Ford’s veins. In the annals of automobile history the name of Henry Ford – Founder of the Ford Motor Company in 1903 – will always be top of the list. It would be difficult to even summarise Henry Ford’s famous achievements in this short article, but it is important to highlight a few milestones for these records.

It was Henry who pioneered mass production methods and assembly lines, and his fame will forever be associated with the legendary “Model T” Ford automobile – affectionately known as “Tin Lizzie” or simply “The T”. The Model T brought mass production and affordable motoring to the world. The first “T” rolled off the assembly lines in 1909. Production continued for the next nineteen years. During this period 15 million “Model T” Fords, of numerous styles and variants, were manufactured in the USA and in European plants. (including Ford’s Cork plant)

The phenomenal success of the “T” was followed in 1927 by yet another iconic Ford automobile – the famous “Model A”. Launched to wide acclaim in 1927, the Model A continued in production for nine years with approximately seven different body styles and several commercial vehicle variants. When production ceased in 1936, an estimated 9 million Model “A”s had been produced – a truly remarkable achievement. It is worth noting that while production of Model “A”s ceased almost eighty years ago, several thousand still exist as classic automobiles – mainly in the USA.

Henry Ford’s family links with Ireland certainly did not cease when his father William Ford departed Ballinascarthy in 1847. In 1912 Henry visited Britain and Ireland, and the trip included a visit to see the old ancestral home at Ballinascarthy. A few years later Ireland was “on the map” again. In 1917 the Ford Motor Company decided to set up a manufacturing plant outside the USA – (Ford’s first such venture) – and the site chosen was Cork City. In that year, Henry Ford & Sons Ltd established a new plant at the Marina, Cork City. In time this plant grew to become Cork’s largest industrial employer – first as a manufacturing plant for Fordson Tractors, which were exported to worldwide markets. In the 1930’s the Cork plants main activity was as an assembly operation for the Ford Range of private cars and commercial vehicles. It continued this role for over five decades before closing in 1984.

The closure was caused by a number of factors – including increasing competitiveness and major competition from new makes – plus the strong growth of Japanese vehicles. The Marina plant served Ford and Ireland well for almost seventy years. Henry Ford died in 1947 and control of the Ford Motor Corporation passed to his grandson, Henry Ford II. In this, the 150th Anniversary of Henry Ford’s birth we salute a legendary figure who contributed so much to the automobile industry worldwide. We are proud of Henry Ford and his Irish Heritage.

In the village of Ballinascarthy – located on the road between Bandon and Clonakilty, there is an impressive monument honouring Ford. The monument is a full size replica of Ford’s famous “Model T”. If you are motoring in West Cork do stop off at Ballinascarthy and take a few photos of one of the world’s most famous automobiles, “The T”, which brought affordable motoring to the world. 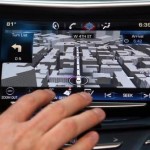 Is Automotive Technology a driver to safety or to distraction?