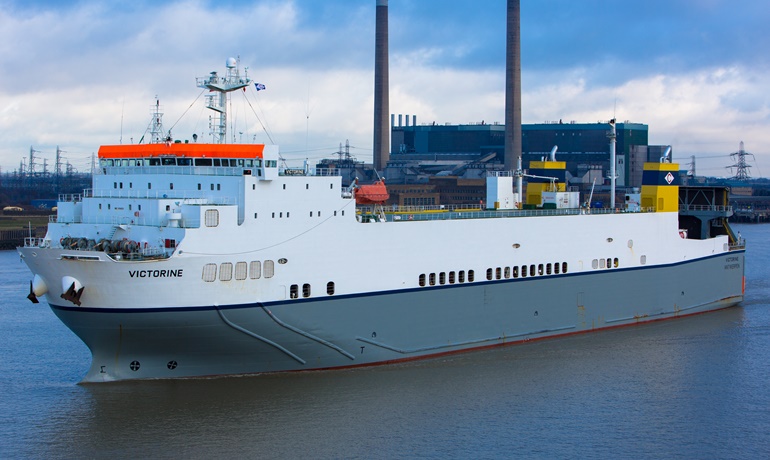 The increased frequency doesn’t require additional tonnage as CLdN will re-introduce the triangular service, combining the Liverpool and Dublin calls with departures from Santander on Saturdays and Wednesdays, calling at Liverpool on Mondays and Fridays and the Irish capital on Tuesdays and Saturdays.

Since the end of the Brexit transition period, a triangular service that combined the Liverpool and Dublin calls could no longer be offered with the 2,307-lanemetre Kawasaki Class VICTORINE and CLEMENTINE making separate weekly round trips from Santander to Dublin and Liverpool, respectively.

Thanks to being an Authorized Economic Operator (AEO), complying with most strict customs and safety and security regimes, CLdN is now in a position to combine intra-EU and non-EU sailings, hence re-introducing the Santander-Liverpool-Dublin-Santander triangular service twice a week.

Three weeks ago, CLdN announced that a third weekly Zeebrugge-Dublin round trip would be added following the re-introduction of the 2,600-lanmetre CADENA 3, supplementing a 5,379-lanemetre H5 Class and a 7,970-lanemetre G9 Class ro-ro freighter. It is expected that this third call will be added sometime in April.