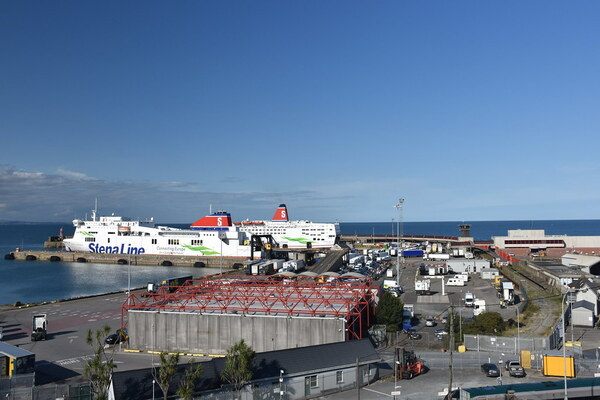 Activity at Rosslare Europort which has exploded post-Brexit is continuing in earnest with yet another new route set to be announced for the Wexford ferry port.

Finnlines are now set to operate a twice weekly Ro-Ro freight service between Rosslare and the Belgian Port of Zeebrugge commencing in July of this year.

Rosslare Europort management are insisting that a deal has not been concluded yet, although they are in advanced discussions with Finnlines. They stressed that “while agreement has not yet been reached, Rosslare Europort is optimistic that this new route can be established to give yet another crucial link for Irish industry to and from mainland Europe.”

The addition of a route to the Belgian port has been rumoured for quite some time as demand for sailings to continental Europe continues to grow in the wake of Brexit. It appears that it is now coming to fruition as a result of consultations between New Ross based Nolan Transport and Finnlines, although the transport company may have jumped the gun slightly with their announcement.

Glenn Carr, General Manager, Rosslare Europort has confirmed that Port management are in advanced discussion with Finnlines – part of the world-leading logistics and shipping Grimaldi Group – about a possible new connection between the Co Wexford port and the Belgian port of Zeebrugge, one of Europe’s largest RoRo ports.

Since Brexit, Rosslare Europort has established itself as Ireland’s Gateway to Europe, with the highest RoRo volumes of any Irish port to/from the continent during 2021.  Rosslare Europort continues to engage with new and established shipping lines and with partner ports in Europe as it seeks to further build the range of services operating from the port.