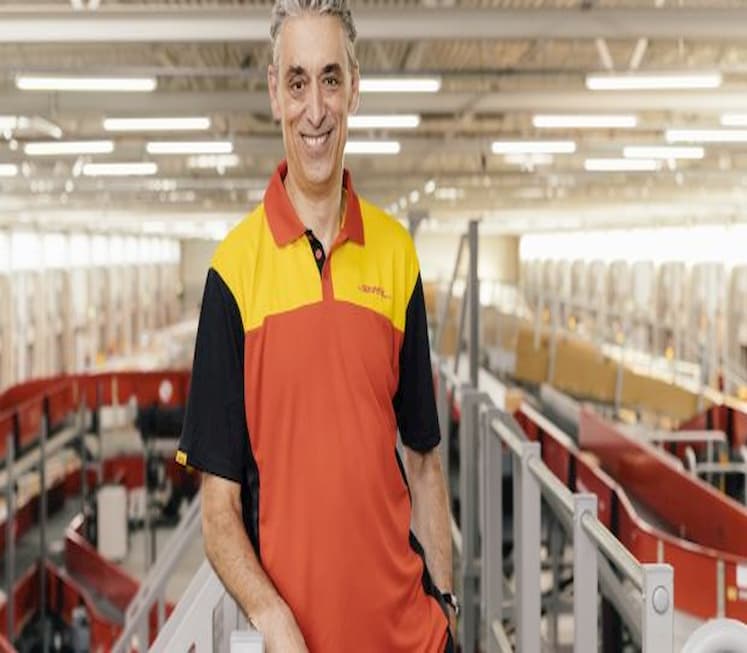 It’s almost a job requirement to be a free-market globalist when you’re running a business that is heavily reliant on global connections and has revenues in excess of €63 billion.

And while the Covid-19 pandemic has added fuel to the protectionist fire, Deutsche Post DHL (DPDHL) Group boss Frank Appel is steadfast in his position that the world would be a worse place in the absence of globalisation.

“People can afford smartphones even if they are not rich – that shows the power of globalisation. Nobody in Ireland would pay 50 per cent more for a mobile phone because it is produced in Ireland,”

Protectionism or nationalism has become a growing factor in western politics. Just this week, the Republic’s biopharmaceutical industry warned against “self-sufficiency” after the US cornered almost the entire supply of Gilead’s remdesivir – the most promising drug to emerge so far in the fight against Covid-19 – for the next three months.

“Protectionism is paid for by the citizens who hope they get more benefits from protectionism. Tell me one country that would be better off with protectionism? You will not find one,” Appel says.

The views of the 58-year-old German, who has run the sprawling German postal service and international courier DHL since 2008, are perhaps unsurprising given the company’s reliance on the movement of goods. The business owns more than 260 aircraft, 103,000 vehicles and employs some 550,000 staff, more people than live in the entire county of Cork.

Since Appel took over the top job, having joined the company from the consultancy McKinsey in 2000, revenues have grown from €54 billion to €63 billion. During that time, a key plank of his strategy has been to ramp up the use of technology in an industry that was being outpaced by innovations such as email.

“There is tremendous upside for human beings with the combination of working together with robots,” says Appel.

Change is a constant theme for the business and Appel says its employees need to embrace it or they will be left behind.

“If you have an open mind and are willing to change, you will be a winner. If you say everything has to stay the same, you will be a loser,” he says, adding that while he expects a reduction in certain jobs, many more roles will be created in new areas.

Of course, the pace of any new job creation depends on the global economy’s recovery from the Covid-19-related slump. As it stands, economists and regulators are predicting the worst slump in 100 years – on a par with the Great Depression of the 1930s. Appel is more sanguine, arguing that the recovery will look like something between a U and a V shape. “If people stop spending then we will have a longer-lasting crisis,” he warns.

While people did stop spending in bricks-and-mortar retail and hospitality outlets throughout the lockdown, one area that benefited was ecommerce. And one of the big beneficiaries in that sphere was Amazon, a company that accounts for 2 per cent, or €1.26 billion, of DPDHL’s global revenues.

To put that in context, DPDHL’s business in the Republic, where it employs more than 1,000 staff, generates about €500 million in revenues. Does Appel think that the tech behemoth is getting too big?

“I’m only asking that everybody be competing by the same rules and I think it’s in the interest of consumers that we don’t have a monopoly,” he says in reference to Amazon. “The same rules should apply in the digital world as they apply in the physical world.” DPDHL has more than 10,000 electric vehicles and has an entirely renewable power supply

Does that mean that he’s also supportive of a harmonised global tax regime for digital sales?

“Taxation is a political problem and not a moral problem,” says Appel, without nailing his colours to the mast on the question. He does say, however, that companies are not to blame for choosing to locate in lower-tax environments; they have an “obligation to do what is right for their respective companies”.

Where he’s more definitive is in relation to a carbon tax, something he supports “in principle”. If you price it, he says, then you’ll drive innovation. And he’s put his company’s money toward supporting this goal. DPDHL has more than 10,000 electric vehicles and has an entirely renewable power supply. Its goal is to be carbon-free by 2050, “because . . . it takes a bit longer to get new technology in the airplanes,” he says.

Again, he wants a level playing field so that competitors from other countries can’t bypass any carbon tax scheme.

In any event, the green movement, which had top billing on the news agenda at least up until March, has had to take a back seat as the world fights a pandemic. So when does the former scientist – Appel obtained a PhD in neurobiology – expect normality to resume?

“We’ll be much more rapidly back to normal, except for travel, than people think,” he says, noting that we’ve only been in this crisis for four months, even though it feels like longer. “At the end of October we might be back to normal and thinking about something else.”

He thinks that we’ll see a “pretty normal Christmas season” this year if people get on board with contact tracing apps, as they have in Germany, where Appel and DPDHL is based. Ireland’s app was launched on Tuesday.

Ireland, too, will rapidly recover, he predicts, citing our sixth-place ranking on the DHL global connectedness index. “Some countries didn’t recover [after the financial crisis] because they weren’t as well connected,” he says.

But there will be “significantly less intercontinental travel” – at least for the next 12 months.

Globalisation has been threatened by the trade war between the United States and China, which is probably not helped by US president Donald Trump’s consistent references to Covid-19 as the “China virus”?

“I don’t think that governments won’t buy any longer [from China] because the virus came from this region or that region. We have to live and accept that there will be other viruses. And we’ve learned a lot about how we should be better prepared.”

Be it German pragmatism or his extensive academic background, Appel appears to be an accepting and thoughtful global citizen. Whether his optimism in regard to the pandemic is well placed remains to be seen. Whatever the case, logistics companies clearly remain exposed to the tide of public opinion and protectionist politics. Appel will hope that Brexit and Trump were one-off phenomena and that the virus might actually bring them closer.

Subscribe to Linkline Journal for our Newsletter and Competitions

Article by Peter Hamilton from https://www.irishtimes.com/business/retail-and-services/dhl-boss-frank-appel-we-ll-be-back-to-normal-sooner-than-people-think-1.4298563