DHL Signs Up as Launch Customer for All-Electric Alice Freighter 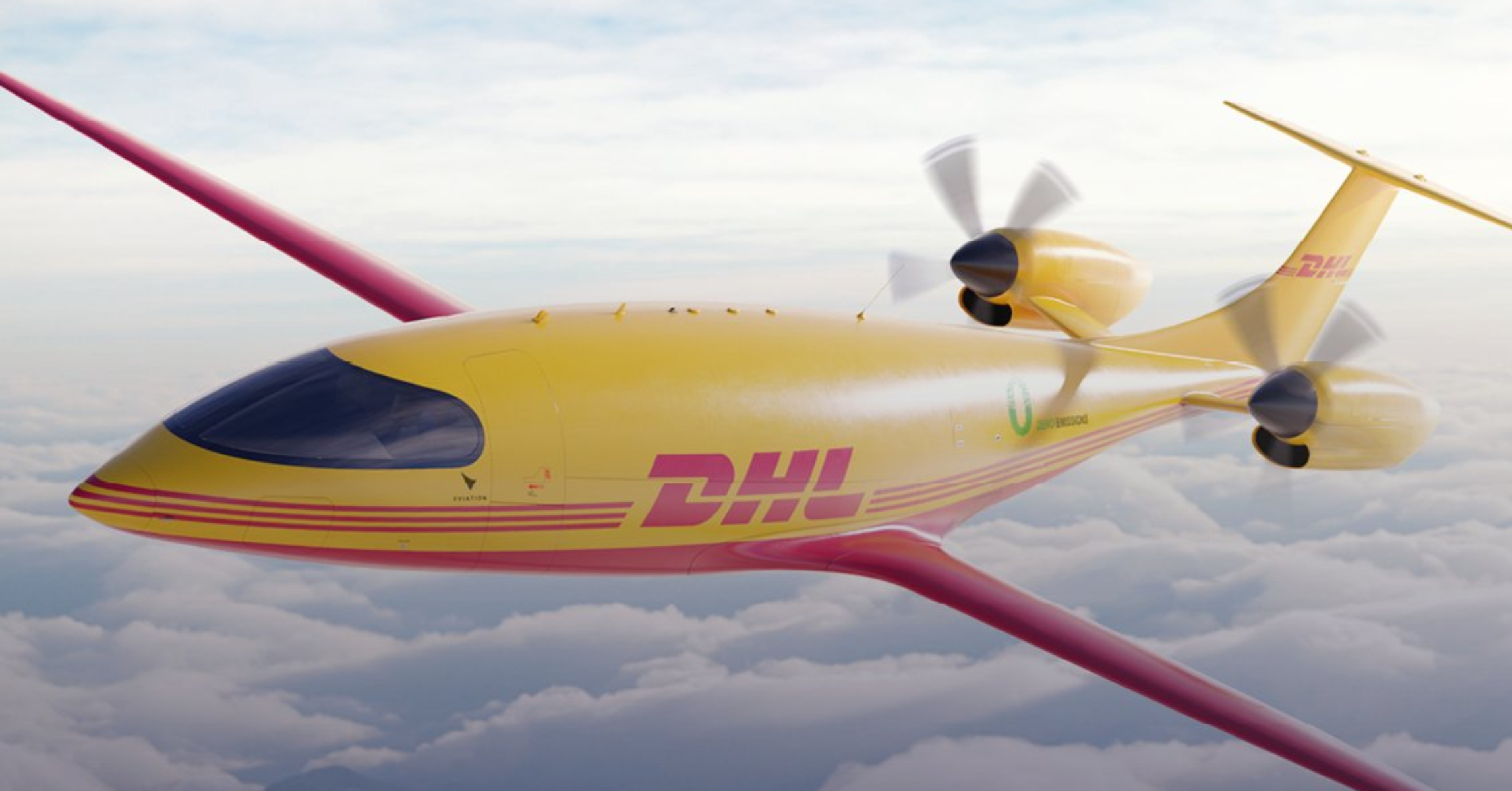 DHL Express plans to start operating Eviation’s Alice all-electric freighter airplane for package feeder delivery services, probably starting in California, from 2024. The company announced an order for 12 of the new Alice eCargo version that Eviation is developing in tandem with its standard nine-passenger, fixed-wing model.

In cargo operations, the aircraft will operate with a single pilot and offer a payload of 2,600 pounds with a maximum range of up to around 500 miles. It will need just 2,600 feet of runway to take off and 2,040 feet to land, giving it access to small airfields that many larger conventional aircraft cannot use.

DHL believes the all-electric Alice freighter will be more cost-effective for some feeder routes in its network, partly because it will require less investment in ground infrastructure than existing piston or turboprop aircraft. Recharging, which takes about 30 minutes per flight hour, will be done while freight is unloaded and loaded.

According to Eviation, which did not disclose the terms of the agreement with DHL, the eCargo version is identical to the passenger-carrying model except for the cabin interior. It is to be equipped with forward and aft access doors and a continuous cargo bay with 450 cubic feet of capacity.

Hard points will be fitted throughout the cabin to accommodate multiple cargo nets for flexible, secure containment zones of loose packages. There will also be a temperature-controlled compartment to protect temperature-sensitive goods.

Travis Cobb, DHL Express’s executive v-p of global network and operations, said, “with Alice’s range and capacity, this is a fantastic sustainable solution for our global network and will be targeted for operations in the Southeast and West Coast of the United States. Our aspiration is to make a substantial contribution in reducing our carbon footprint, and these advancements in fleet and technology will go a long way in achieving further carbon reductions.”

Earlier this year, the DHL group announced a sustainability roadmap that called for approximately $8.3 million to be invested in measures to reduce carbon dioxide emissions from its operations as the company aims to achieve its zero emissions target by 2050. Much of the investment is being spent on electrifying its last-mile delivery vehicles, as well as adopting sustainable aviation fuel and making its buildings climate-neutral.

On July 1, Eviation unveiled a revised design for the Alice. It now features a T-shaped tail and its two MagniX Magni650 electric propulsion units have been relocated from the wingtips to the pylon mount on the rear of the fuselage.

Honeywell Aerospace is providing the aircraft’s fly-by-wire flight control system and the group’s BendixKing division is supplying flight displays. In June, aerostructure group GKN delivered the first fully integrated wings, empennage, and electrical wiring interconnection systems for the aircraft from its factory in the UK.