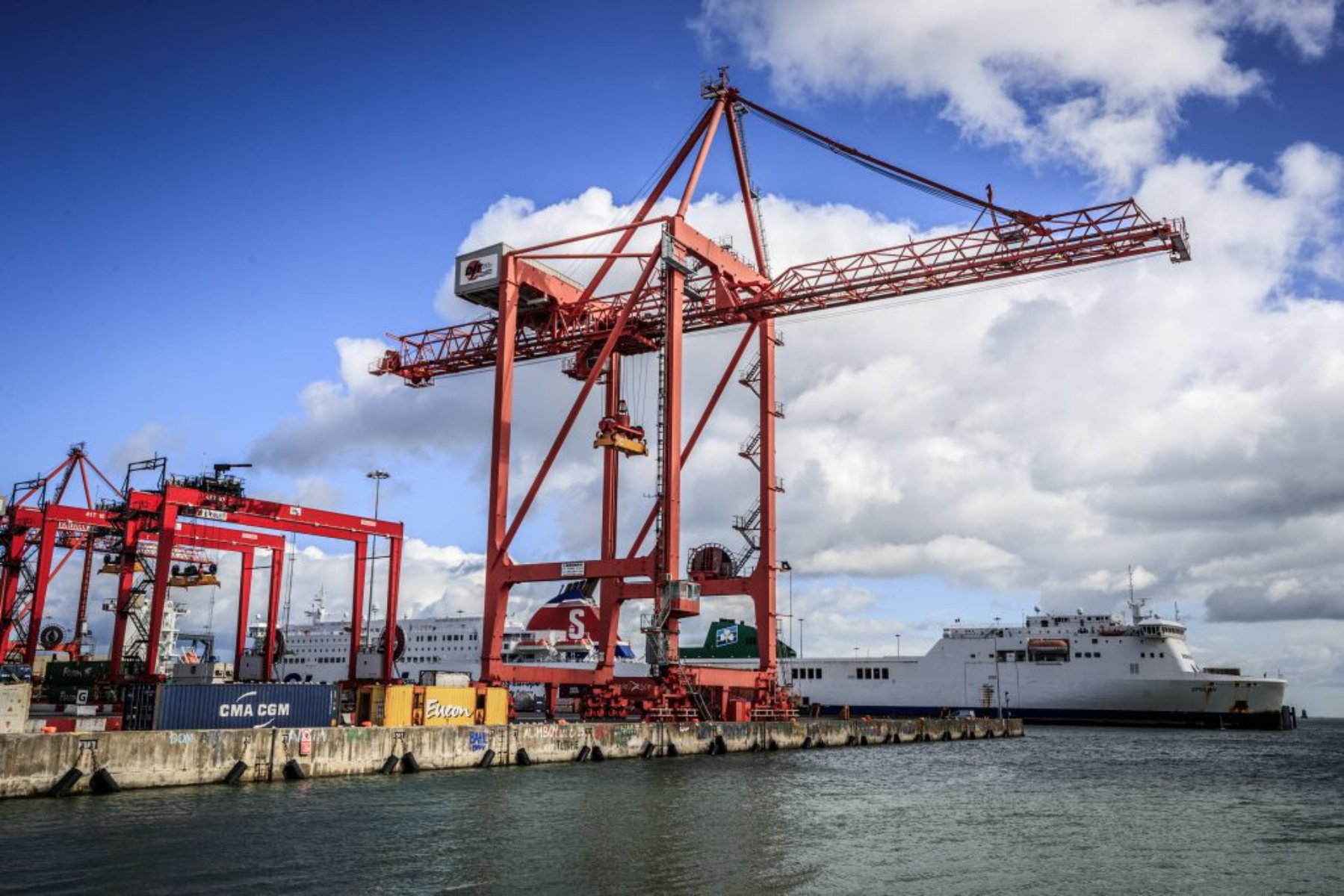 Dublin Port Company has reported trading figures for the fourth quarter of 2021 and for the year as a whole, the first post Brexit numbers published.

For the year as a whole, overall volumes at Dublin Port fell by -5.2% to 34.9 million gross tonnes.

83% of Dublin Port’s volumes are in the Ro-Ro and Lo-Lo modes and there were contrasting outcomes in these two modes:

Commenting on the 2021 figures, Dublin Port’s Chief Executive, Eamonn O’Reilly, said, “Dublin Port finished 2021 with overall volumes down on their 2020 levels by -5.2%.  The reduction in cargo throughput was accounted for by a drop of 56,000 in the number of containers and trailers to 1.4 million.  Behind this figure there was a substantial decline in unitised volumes with GB – down 214,000 units – largely offset by a strong increase in volumes with the EU of 158,000 units.”

“Brexit has caused the make-up of Dublin Port’s unitised volumes to change significantly.  Ro-Ro volumes were down by 99,000 and, for the most part, this decline was accounted for by a 90,000 reduction in driver accompanied Ro-Ro.  By comparison, the number of Lo-Lo containers increased by 43,000.”

“The extensive Brexit preparation work completed in 2020 paid off in 2021. There was none of the catastrophic congestion that had been projected and what disruptions there were in the early days of 2021 were quickly resolved as supply chains adapted to the new realities.  Over the course of the year, the average number of trailers called for some physical inspection on services from GB was just 2.5 per ferry.”

“The risks of Brexit were comprehensively mitigated and Dublin Port’s volumes are set to increase again during 2022 driven by growth in trade on direct services with Continental Europe.”

The Best Service Stations In Ireland