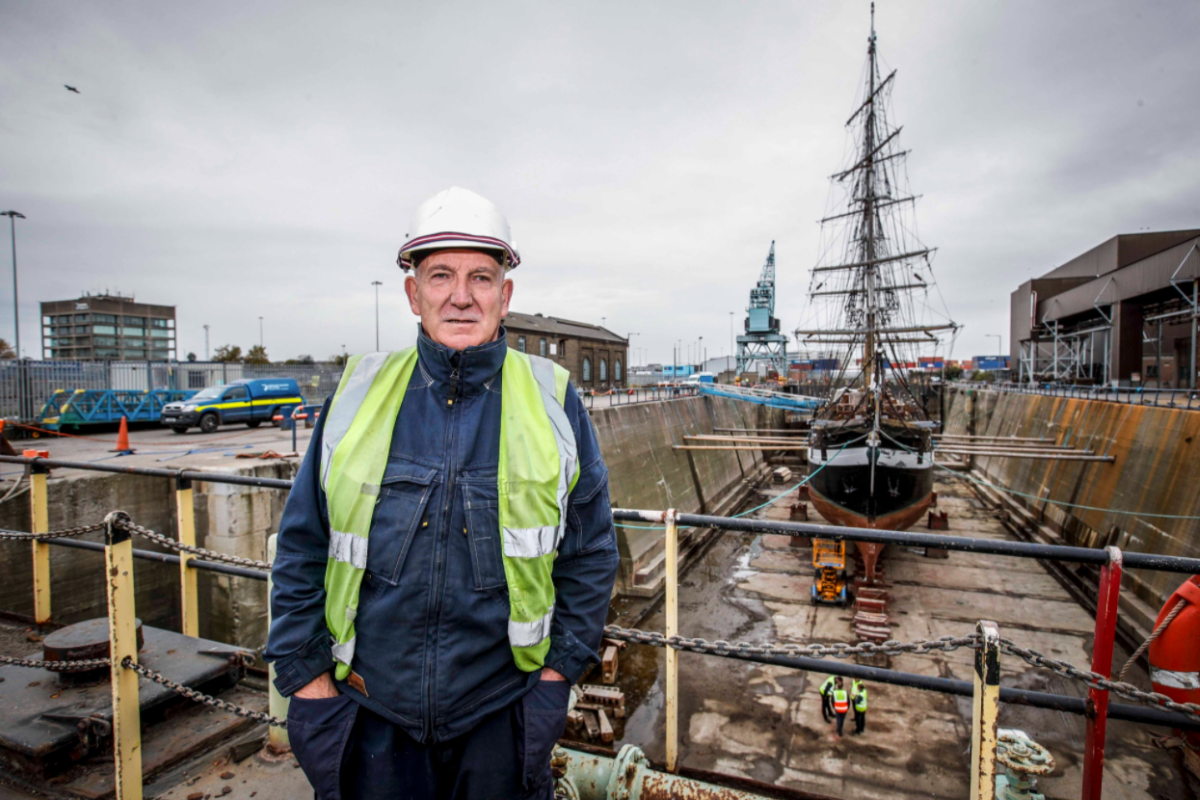 Dublin Port Company’s water management programme has saved millions of litres of water and millions of euro in water charges. Christy Foley, who headed up the programme until his retirement in December 2020, reflects on an extremely satisfying career.

Dublin Port Company (DPC) has a long history of caring for the environment and the wildlife around the Port. DPC’s Environmental Management System (EMS) commenced in 2006, with a number of projects to ensure that activities within the company’s operation are conducted in an environmental way. Sustainability and environmental obligations are an intrinsic part of how DPC approaches port development, including dealing with past legacy problems.

However, prior even to the commencement of the EMS, the company was cognisant of its environmental obligations. In 2003, the Board agreed that DPC should focus and invest more in good environmental practices and management. This process of environmental continuous and incremental improvement would first concentrate on the practical and visible environmental impacts before proceeding to develop documented management systems and applying for external validation through ISO 14001 and PERS (Ports Environmental Review System) certification from EcoPorts, a network of ports and port related stakeholders sharing environmental experiences. The reason for this approach was to show by example and evidential impact both internally and externally to the port community that DPC were environmentally responsible and proactive and so gain the port community validation before reaching out to external bodies such as EcoPorts.

Following a critical review of the DPC environmental aspects and impacts, it was quickly recognised that water management was a significant area of concern and that DPC needed to prioritise tackling its consumption levels. A dedicated team was established, led by Christy Foley, to focus on leak detection and monitoring, together with investments in the water main infrastructure and a combined approach with Dublin City Council (DCC) to identify all water users within the Port estate and fit/ replace their water meters.

Testing the Water🚰 DPC’s water management programme has saved millions of litres of water & millions of euro in water charges. Christy Foley, who headed up the programme until his retirement in Dec 2020, reflects on an extremely satisfying career. Read: https://t.co/ofbJvSJtWN pic.twitter.com/XsEyytDu4X

Christy Foley began working for Dublin Port Company in June 1989 in the engineering department, and when this programme commenced, the then Maintenance and Services Manager at Dublin Port Company, Ciarán Callan, knew that Christy was the right person to oversee the water management and conservation project. “Initially, water conservation was only a small part of the job,” Christy recalls. “But over the years, it became the main part of my day-to-day role.” At the time, Dublin Port’s minimum night flow of water was 37.2 litres per second, with 3,410 cubic metres of water unaccounted for every day. “The Port was like a sieve at that stage,” Christy smiles ruefully.

In order to reduce the amount of unaccounted for water, Dublin Port Company engaged with Dublin City Council to install water meters throughout the Port estate, via contractor GMC Utilities Group Ltd, based in Finglas. Christy liaised with GMC’s Paul Murray on the initial rollout of water meters. “Over the course of around 18 months, GMC installed water meters through the whole port, including meters for every customer. These meters then allowed us pinpoint where potential leaks were and to go looking for them,” he recalls.

At this point, Christy was working closely with Stephen Kelly of Larsen Water Management on leak detection. Christy and Noel Murphy from Dublin Port Company then trained in specialist leak detection, spending time in the UK to learn the latest techniques and how modern technology like ultrasonic equipment can help to detect leaks. Valve technology also helped Christy and his team to work out exactly which areas of the Port were losing water.

“When I started looking into water conservation, there were very few valves within the entire Port area,” Christy recalls, “which was the biggest problem we had when trying to identify leaks, so we had to install a lot of valves throughout the entire estate over the years. Once we had more valves, we were able to narrow down the particular stretch of pipe where we had a problem and then repair or replace the pipe.”

In the early years, the work piled up. When one leak was repaired, it often led directly to another one straight away, as Christy explains: “If we repaired a leak in Ocean Pier, within two or three days we would have another leak within half a kilometre of that, because once one leak was repaired, the pressure would build up in the pipe further down the line, and that went on for a long time.”

Much of the pipe-work within the Port at that time was old cast-iron piping, which had been in situ for over 50 years. “When we identified a leak and dug down to the pipe, you would think somebody was after cutting through it with a saw, the break was so clean, with no jagged edge, as the pipe had just split,” Christy reveals.

Cold weather had a big effect on the old pipework, with Christy recalling being particularly busy during the big freeze of 2010, when he spent much of St Stephen’s Day looking for leaks. Christy and Noel also pulled many ‘all nighters’ as “the best time to find the leaks was at night”.

By 2010, the majority of leaks within the Port’s water system had been repaired, and the benefits were evident. Average daily demand had reduced from 3,810 cubic metres of water in 2004 to 689 cubic metres, while the minimum night flow of 5.5 litres per second was a fraction of the 37.2 recorded six years earlier. Unaccounted water per day had fallen to 289 cubic metres, a 91.5% reduction, which also saved millions of euro in water charges in the intervening years.

From 2010 on, it was a case of monitoring and slowly improving the water system within the Port. “It is much harder to find small leaks,” Christy admits. More difficult it may be, but Christy, along with his colleague Sean ‘Jack’ O’Farrell and the rest of their team managed to reduce water usage even further.

Around 2014, Christy and his team started relining the mains pipes throughout the entire Port, and by the end of 2020, at the time of Christy’s retirement, 80-90% of the Port’s pipes had been relined. At that point, average daily demand was down to 402 cubic metres, minimum night flow was 1.5 litres per second, and unaccounted water per day had been reduced to just 28 cubic metres, a 99% reduction from when the project began.

The success of the water management programme was one of the reasons why DPC received and maintained certification to both the ISO 14001 Environmental Standard and the EcoPort PERS standard, and the company’s water conservation project received many plaudits and much praise from the independent auditors. Indeed, DPC was used as an example of good practice in the European Sea Ports Organisation’s (ESPO) Green Guide of 2012.

Any new development in the Port estate in recent years has utilised the most modern polyethylene piping, and as the Port’s roads have been updated and relayed, new pipework infrastructure has been installed. 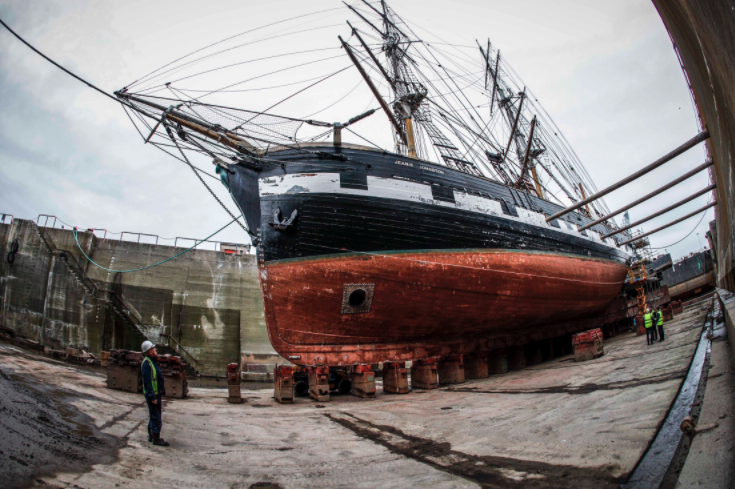