€15m upgrade works due to begin on Shannon runway

A €15m upgrade of the runway at Shannon Airport – the longest runway in Ireland – is due to get under way.

The upgrade will see major renovation work being carried out overnight for the next six months.

The upgrading works are intended to ensure that Shannon continues to meet regulations governing the operation and specification of runways at major airports.

A full resurfacing of 2,400m of the runway is now required.

It is only the second major refurbishment of the runway since it was built in 1961.

A full overhaul was undertaken in 1983, with regular maintenance in the intervening years.

“Our runway is the airport’s greatest asset and has been the central artery of the airport allowing it to grow passenger numbers by 24% over the past four years. We want to see this continue and this why the runway upgrade project is needed to protect this investment,” said Shannon Group CEO Matthew Thomas.

“This is a challenging and complex project with work limited to small time periods every night in order to minimise any inconvenience to our customers. The work is very weather dependent, and will involve the resurfacing of the runway,” he said.

It is estimated that the works will take 26 weeks to complete.

Start times will be staggered each evening from Tuesday to Saturday, but will be completed by 6am each morning to facilitate the influx of early morning transatlantic and European flights.

Shannon is expected to see a 16% increase in capacity over this year’s summer season, with 35 services operating through the airport.

A new transatlantic service begins on July 1 when Norwegian air begins its services between Shannon and Stewart International airport in New York, California and Providence in Rhode Island.

A new Luftansa service has also started to Frankfurt and a new SAS service to Stockholm will begin in August. 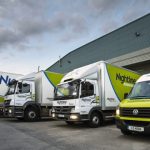 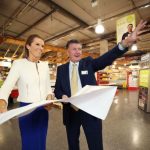