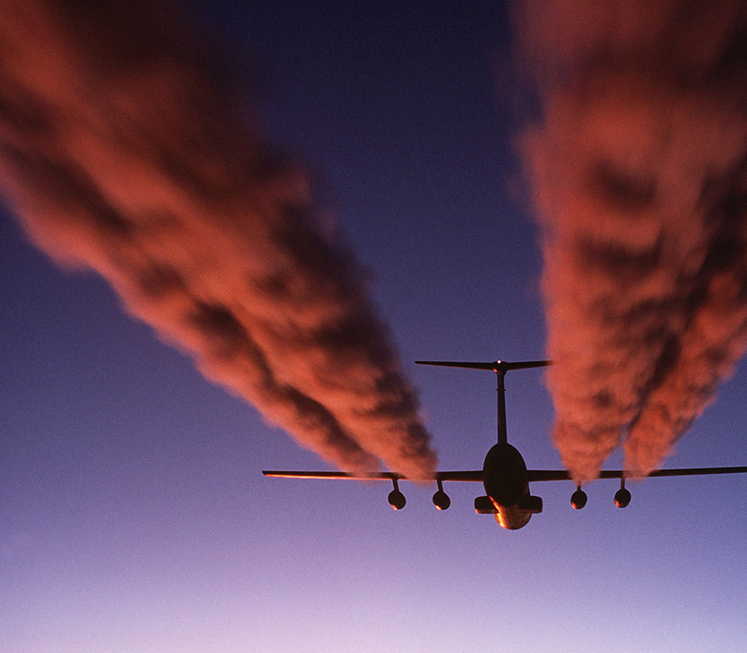 A robust scientific understanding of the environmental impacts from aviation is an essential basis for informed policy discussions, and for the development of effective mitigation measures that achieve the desired outcome in a cost-effective way. This chapter provides an overview of the latest scientific understanding on the noise, air quality and climate change impacts from the aviation sector.

The Intergovernmental Panel on Climate Change (IPCC) is the international body responsible for assessing the science related to climate change. It was set up in 1988 by the World Meteorological Organization and United Nations Environment Programme to provide policymakers with regular assessments of the scientific basis of climate change, its impacts and future risks, and options for adaptation and mitigation. In October 2018, the IPCC published its Special Report into the impacts of global warming of 1.5°C above pre-industrial levels to support the Paris Agreement process. It concluded that climate warming due to human activities is currently estimated to increase by 0.2°C per decade due to past and ongoing emissions. In order to stabilise warming at 1.5°C, global net CO2 emissions from human activities would have to decline to 45% of 2010 levels by 2030, reaching net zero by around 2050.

The IPCC considers carbon dioxide (CO2) as the principal greenhouse gas. Aviation represents approximately 2 to 3% of the total annual global CO2 emissions from human activities and, in addition to CO2, has impacts on climate from its non-CO2 emissions (e.g. NOX, particles).

How to quantify climate impacts?

Greenhouse gases and other emissions have complex effects on climate. The most common indicator of climate impact is a metric called ‘Radiative Forcing (RF)’, measured in watts per square metre (W/m2). It represents the change since pre-industrialization, taken as 1750, in the balance between the energy received by the Earth from the Sun and the energy the Earth radiates back into space. RF is used as there is a good relationship between a change in global mean RF and climate warming in the form of a change in global mean equilibrium surface temperature. It is also simpler to calculate than changes in global mean surface temperature, with positive values implying warming and negative values cooling.

Since the late 19th century, an overall climate warming of 0.78oC from man-made greenhouse gas emissions has resulted from a total RF increase of 2.29 W/m2. A comprehensive assessment of aviation RF effects was last undertaken in 2009 [104] for a base year of 2005. The overall RF was 0.078 W/m2, which represented 4.9% of the total RF increase as assessed by the IPCC for the Fourth Assessment Report.

Carbon dioxide (CO2) emissions from burning fossil fuel accumulate in the atmosphere and can remain there for hundreds to thousands of years. Thus, in accounting for aviation CO2 RF, emissions from the beginning of ‘significant’ civil aviation activities, usually taken as 1940, are used in the calculations of the marginal contribution of aviation to overall CO2 concentrations in the atmosphere. Of the overall aviation RF for 2005, CO2 RF was approximately 40%. The other 60% originates from non-CO2 emissions.

The level of scientific understanding for this effect is ‘high’.

The overall RF effect from aircraft nitrogen oxides (NOX) emissions at cruise altitude, via atmospheric chemistry, has a warming effect from the formation of short-term tropospheric ozone (O3) and a near counterbalancing cooling effect from a reduction in ambient methane (CH4). The overall balance is a positive RF and warming effect. Since 2009, smaller additional negative RF effects (cooling) associated with the CH4 reduction have been identified and quantified, but the overall balance still remains one of warming.

The level of scientific understanding for this effect is ‘medium – low’.

Contrails are the line-shaped ice clouds formed behind cruising aircraft, and their presence and longevity are a function of the conditions of the background atmosphere. If the atmosphere is sufficiently cold and icesupersaturated, these linear contrails can spread into large cirrus-cloud like structures. Such individual clouds can have both warming and cooling effects, although the overall global mean response is considered to be warming.

This is 2 to 3 times the RF from historical aviation CO2 emissions, but has a much wider uncertainty range than that of CO2.

The level of scientific understanding for this effect is ‘very low’.

Particles of soot and sulphate have a very small direct RF in terms of warming and cooling, respectively.

The level of scientific understanding for these effects are ‘low’.

The more recently discussed ‘indirect’ effects on cloud formation are also potentially important. It is not known whether the overall effect of soot particles on high-level clouds is warming or cooling, or if the magnitude is substantial or negligible in comparison with other non-CO2 effects of aviation. The sulphate particles, however, have a well-understood negative RF effect, due to the lower-level cloud modification of droplet size distribution and optical brightness, but with an associated high level of uncertainty. Clearly much more work needs to be done to understand the magnitude and potential sign of these indirect cloudiness effects.

The level of scientific understanding for these effects are assessed as ‘very low’, by analogy based on underlying original research papers.

CO2 emissions from aviation continue to increase steadily, and so does the CO2 RF. Non-CO2 impacts are also expected to have increased, roughly in proportion to fuel use. The non-CO2 impacts still have larger uncertainties than those associated with CO2, particularly impacts on clouds.

The high level of scientific understanding of the climate effect from aviation CO2 emissions, combined with the longterm impacts of CO2, make it a clear and important target for mitigation efforts. Nonetheless, non CO2 impacts cannot be ignored as they potentially represent approximately 60% of total climate impacts that are important in the shorter term (excluding cloudiness impacts). However, it worth noting that the level of scientific understanding of the magnitude of non-CO2 impacts is medium to very low, and these knowledge gaps remain to be addressed.

Adapting aviation to a changing climate

2. Adaptation action in Europe
The EU Strategy on Adaptation to Climate Change  provides a framework for adaptation with the purpose of increasing resilience and enhancing capacity to address climate change impacts. It includes three main objectives: (i) promote action by Member States, (ii) carry-out ‘climate-proofing’ action at EU level and (iii) facilitate betterinformed decision-making. The Strategy is accompanied by a European Climate Adaptation online platform, which contains information on aviation infrastructure impacts and potential adaptation measures. In September 2016, the Commission launched an evaluation of the Strategy which is due to be completed by the end of 2018.

An increasing number of organisations are starting to take action to adapt aviation to a changing climate, with initiatives at European, national, and organisational levels. In 2018, EUROCONTROL conducted a follow-up to its 2013 survey asking European aviation stakeholders’ views on climate adaptation, and the results are summarised. It highlights that while organisations are becoming more aware of the risks from climate change, not all of them have begun planning to adapt to this impact. Some Member States include transport in their National Adaptation Plans, whilst others have launched specific aviation adaptation programmes. Industry organisations, such as airports and air navigation service providers, are also carrying out climate change risk assessments and putting adaptation plans in place Pre-emptive action is often considered as the best way to avoid future costs and damage. Potential risks and impacts will also vary greatly according to the specific local situation.

The survey was sent to about 200 organisations and 90 responded. Feedback covered all of the main European climate zones. Respondents were from a range of aviation stakeholders including civil aviation organisations, airport operators, ANSPs and airlines.