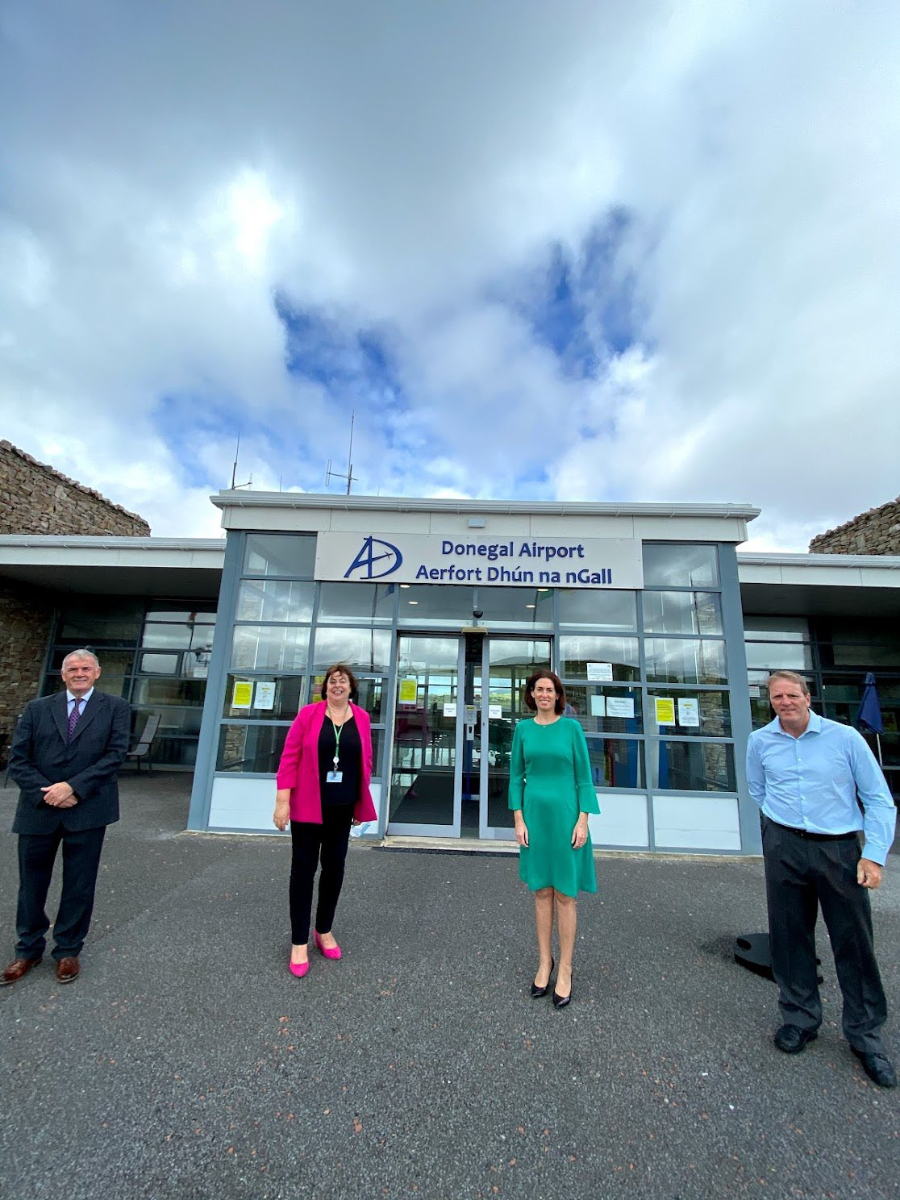 The current temporary contract operated by Amapola Flyg AB following the collapse of Stobart Air last June, expires on 25 February 2022. The new contract with Emerald Airlines will operate from 26 February 2022 until 25 February 2025 and may be extended for a further one-year period.

The award of the new contract to Emerald Airlines follows an EU public tendering process conducted by the Department of Transport in accordance with the requirements of EU Regulation 1008/2008, which allows PSOs to airports that serve peripheral or less developed regions.

Minister Ryan said, “Government funded air services on the Donegal to Dublin route provide vital connectivity for Donegal and the North-West region to Dublin. I am delighted to announce that Emerald Airlines will operate services on this route commencing on 26 February 2022. I know that this route provides important reassurance for those who need to attend medical or other important appointments as well as supporting business and tourism in the region.”

Conor McCarthy, CEO of Emerald Airlines said, “we are delighted to have been chosen as the new operator of the vital air route between Donegal and Dublin for the next 3 years. This announcement is a great boost for ensuring continued connectivity from Donegal to Dublin, and beyond, and we are really looking forward to welcoming passengers onboard from 26 February next. Flights are available for booking now on www.aerlingus.com.”

Emerald Airlines will be offering up to 2 flights daily each way linking Donegal and Dublin with convenient flight timings, which enable same-day trips to Dublin, and seamless connections with the Aer Lingus network from Dublin with a record number of seats. Not only will this be a huge boost for travel between Donegal and Dublin but it will also re-establish vital tourism connections to Donegal on the wider Aer Lingus network.

Emerald Airlines will be operating this route with Aer Lingus flight numbers and under the Aer Lingus brand using the 72-seater ATR72-600, which has a significant environmental advantage over other regional jets and turboprops in its class.

Steve Ó Cúláin, Chairman, and Eilís Ní Dhochartaigh, Managing Director of Donegal Airport jointly said, “the Board of Directors and Management of Donegal Airport welcome the announcement by Minister Ryan T.D. and Minister of State Naughton T.D. that Emerald Airlines is to be awarded the contract to operate the PSO route which provides an essential air link between the North West and Dublin in the absence of a motorway or rail network in the region.”

“The award of the contract provides for a continuation of the twice daily flights currently being operated by Amapola Flyg AB, who have provided a very reliable service under an interim contract since July 2021. The ATR72-600 series aircraft, operated by Emerald Airlines, will also provide additional seat capacity on the route which will help the Airport regain passenger numbers post Covid-19 and contribute to our working closely with business and tourism development agencies to further promote the region as an attractive destination.”

“Finally, we sincerely thank Amapola Flyg AB for their service under the interim contract and look forward to working with Ireland’s newest regional airline over the coming weeks to prepare for the start of operations on 26 February 2022”.