The EPA has released waste data about end-of-life vehicles and waste tyres managed by Authorised Treatment Facilities or other waste management organisations in Ireland in 2014.

In 2014, 82 per cent of end-of-life vehicle material was reused and recycled, meeting Ireland’s EU End-of-Life Vehicle Directive recycling targets for the year. New regulations, published in November, have enabled the appointment of an approved body, End-of-Life Vehicle Environmental Services (ELVES), to represent vehicle producers and be responsible for a national collection system for end-of-life vehicles and achievement of the targets with effect from 1st January 2017.

End-of-life vehicles contain valuable resources and are required to be treated at Authorised Treatment Facilities. Such treatment includes draining waste oils and removing parts for reuse or recycling. Treated end-of-life vehicles are then sent to metal shredding facilities to recover metals.

Mr Dara Lynott, Deputy Director General, EPA said,
“Waste tyres and end-of-life vehicles are required to be managed properly to remove hazardous substances and avoid the risk of pollution. Unauthorised disposal will have to be avoided if we are to recover the valuable materials in these products and protect our environment and human health.”

Fiona McCoole, Office of Environmental Sustainability added,
“All consumers can play their part to ensure that end-of-life vehicles and waste tyres are appropriately managed and brought to legitimate waste treatment facilities. If your car or van needs to be scrapped, bring it to an authorised treatment facility and get a Certificate of Destruction for your records.” 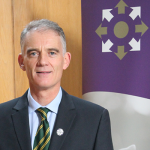 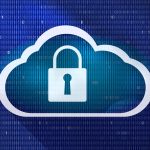