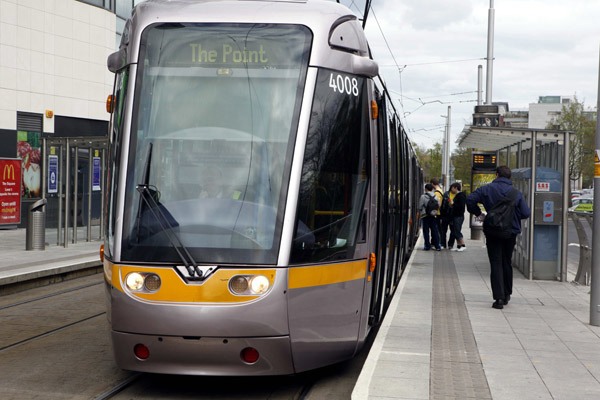 Tom Ferris, in his article in Linkline Autumn 2013, rightly argues the need for continued transport investment, and the need for robust justification of such investment. He rightly makes the point that we need “clear evidence that the projects chosen for investment provide the best value for money, given today’s economic and financial circumstances”.

He also notes the commitment to publish cost-benefit analyses in advance of Government approval. Finally, he quotes Luas Cross City as an example of where this economic appraisal was done, with the conclusion that it produced “strong economic benefits substantially in excess of the costs”.

The first thing to note is that the cost-benefit analysis for Luas Cross City was published in May 2013, six months after Government approval. One has to wonder why. Having spent some time studying it, and having tried to get answers to some questions, I have come to the conclusion that the Business Case does not stand up.

The Business Case, in what it does, is technically well put together. There is no reason to doubt the expenditure estimates, or the expected passenger flows, for example. They have also done contingency planning for high or low economic growth, for whether or not other projects are done, and for other contingencies. The Business Case also takes account of impact on bus operators due to the loss of passengers who transfer to Luas.

However, there are a number of omissions, and these are significant and sufficient, in my opinion, to undermine the economic appraisal and the cost/benefit arguments for proceeding with this project. Stating that Luas Cross City has a BCR (benefit/cost ratio) of 2.28 is fine, it seems to justify itself. However, there are a few questions unanswered. If an alternative, such as Bus Rapid Transit (BRT) were to give a higher BCR, then that should get priority. Also, has it taken account of all the impacts, including negative impacts on other transport users?

My concerns are threefold:

• That the alternative lower cost option of BRT was dismissed for reasons that don’t stand up.

• That the full negative impact on other transport users is significant and has not been taken into account.

• That the calculation of user time benefits, which is critical to the economic benefits, is also questionable.

BRT is a well established cost effective transport mode, which gives the opportunity to provide widespread high quality public transport. The National Transport Authority (NTA) estimates the capital cost per km is one third of that for Luas.

NTA also states in its Integrated Implementation Plan that “the main objective of investment in Luas is to provide high capacity public transport where demand on prospective routes is in excess of what can reasonably be provided by bus based transport”. It is interesting, in this context, to look at how BRT was eliminated from consideration for Broombridge. BRT, by NTA’s own reckoning, can carry 3600 ppdph (passengers per direction per hour).

This is based on a maximum frequency of an articulated bus every two minutes. Yet the most expected to be carried by Luas anywhere north of O’Connell St. is 1800 ppdph. Luas to Broombridge is justified, according to the Business Case, because demand between St. Stephen’s Green and Westmoreland St. is expected to be more than BRT could cope with.

The Luas Cross City project is effectively two projects. One is to join the two lines. The other is to provide a line from city centre to Broombridge. On the latter, at no time during the day in either direction is it expected that demand will be more than half what BRT could carry. Why would you spend three times as much as you need to when you could carry twice as many passengers as you expect for the lesser expenditure? The thinking that justified it is not credible.

Another argument for a tram was that it would attract more users. Yet the Business Plan indicates that only 10% to 15% of the 10.5m additional Luas passengers will be diverted from car (0.4m per annum in morning peak is quoted, assume same in evening peak, and assume some off-peak, bringing total to 1.0m to 1.5m). So even if BRT only attracted some of these, it would not have much impact on the overall demand. The additional cost of a Luas line cannot be justified by the marginal increase in usage compared to BRT, which with the same alignment and traffic priority would be as comfortable, as fast, as frequent and as reliable as the tram.

The demand forecasts indicate that a significant number of peak passengers from the Green Line will alight at Westmoreland St. The number going to O’Connell St. and beyond is not large, and there is no indication that droves will be transferring from one Luas line to the other.

The impact that bringing Luas through this alignment would have on other transport users, particularly those who use buses, has always been a concern. There will be significant disruption, not only during construction, but forever, to the bus network and as a result a poorer bus customer experience. It is clear that nothing has been worked out about either rerouting of buses or replacing bus stops, nor has the likely impact on bus speeds in shared streets been adequately assessed.

So how does one quantify this?

The Business Case gives the solution. More than 90% of the calculated benefit of Luas Cross City is time saved by users and others. Time saved is walking time, waiting time and journey time. So if there are increases in anyof these categories for bus users as a result of Luas, then surely they should be taken into account as well? Of course they should, but they are not. Not only have they not been measured, but bus plans for post Luas will not be worked out until 2016/17. Plans for bus diversions during construction have not even been agreed. All of this should have been done as part of the Business Case for Luas.

A significant number of the 100m annual Dublin city bus users on routes that access the city centre will be potentially affected by loss of bus stops, slower journeys and less reliable journeys. This will impact on walking, waiting and travel time. If the average end to end travel time of these users were increased by one minute, it would wipe out nearly all the time saving benefits from Luas, and would totally undermine the Business Case for Luas.

We do not know what this figure is. But it is clear that displacement of bus stops will add walking time for millions of bus users each year. It is also clear that sharing south inner city streets with Luas will slow buses, as would diverting them. One option being considered is to reroute the 14, 15 and 140 buses down Camden St rather than St. Stephen’s Green. This would take away a direct bus service between key business areas of Leeson St., St. Stephen’s Green and Baggot St. to/from Coolock, Artane, Beaumont, Fairview, Finglas, Knocklyon, Templeogue, Terenure, Churchtown, Rathgar and Rathmines. It that a price worth paying for Luas Cross City?

Buses in Dublin carry almost four times as many passengers as Luas. They are, and always will be, our main form of public transport, due to low housing density. The inevitable outcome will be buses that are less attractive to use, and therefore used by fewer people, more people using their cars, and a higher taxpayer cost to sustain bus services. But no one has worked this out or put it in the equation of measuring the benefit of Luas Cross City.

More than 90% of the calculated benefit in the Luas Business Case is time saved by users. There is relatively little benefit from reduced traffic (accidents, emissions, congestion). Working back from the figures produced, the time saving equates to about 11 minutes per additional passenger carried by Luas. This seems very high, given that Luas will not be fast through the city centre, indeed not much faster than bus. This figure is calculated using a model that compares existing door to door times with travel times once Luas is used. It is a good model, but it would be interesting to see how the inputs were determined, i.e., the assumption about existing travel patterns and journey times.

The argument here is that any one of the three issues on its own would challenge the Business Case for Luas. So let us be clear: We could have high quality public transport to Cabra for about a third of the cost. We could use the rest of the money to provide quality services for other parts of the city, such as some of the proposed BRT to Swords, Coolock, Blanchardstown, Belfield and Templeogue. We will have ongoing disruption to bus users, which will cause reduced public transport demand, more cars on the road, and higher subvention.

Whatever reasons there may be for building this line, they are not supported by the Business Case. The Business Case is not robust. Spending this amount of money on a project that does not stand up in cost benefit terms would have been bad enough in the good times. It is inexcusable when Government finances are stretched. 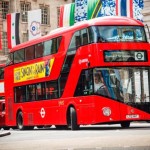