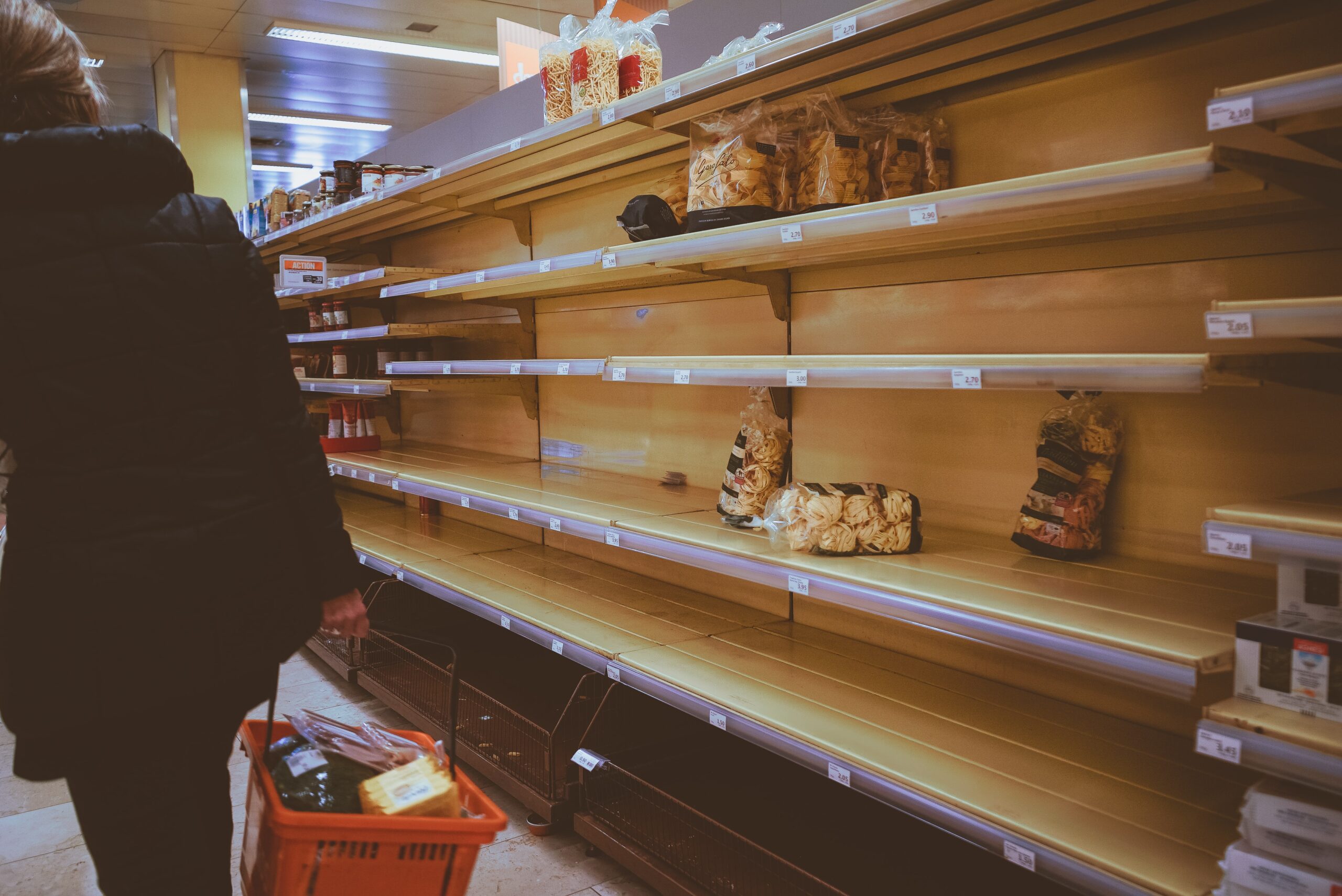 McDonalds has run out of milkshakes, Nando’s and KFC are struggling to stock enough chicken and the Co-op says it faces the worst food shortages in memory. These food shortages will end when workers are paid more, according to HGV drivers.

While the country is hardly on the brink of famine, it is clear that the UK has a problem getting food to where it needs to be and the situation looks set to worsen.

Iceland’s boss is among those to have raised the prospect of empty supermarket shelves at Christmas thanks to an ongoing shortage of lorry drivers.

Debate on the topic has divided partly along the fault line of Brexit. Some Remain voters have taken to social media to point out that the UK needs foreign lorry drivers. Thanks to Brexit, the argument goes, many of those drivers have now decided to leave because living in the UK is more difficult and less appealing.

Leave voters offer a different diagnosis: workers from lower-paid countries were suppressing wages in the UK. Drivers from eastern Europe were willing to put up with conditions that their British counterparts would not.

Neither argument engages with perhaps more pertinent questions: why were such low labour standards allowed by law? Why did they persist under successive governments of all colours? And what is being done to improve them?

The causes of empty shelves are also more complicated than just a shortage of lorry drivers, explains Ed Sweeney, professor of logistics at Aston Business School.

As the economy has begun to recover, demand for goods has jumped. A huge array of products are in short supply from electronics to garden furniture and children’s toys. The pandemic has changed what we want to buy and suppliers are taking time to catch-up.

These shifts have caused a similar headache for supermarket bosses when they order stock, often months in advance. Covid-19 has added more uncertainty to an already difficult logistical task: will foreign travel be allowed? How many people will be in the UK over the summer? Will millions of office workers still be working at home?

But, while big retailers have had a tough job to do, the current problems are partly of their own making. Over the course of several decades, power has been consolidated into their hands allowing them to squeeze suppliers in pursuit of cheaper goods on the shop floor.

Pressure on the whole food supply chain – from the farm gate to the meat processing plant, to lorry drivers – has been immense. Workers in that chain have been paying the price.

Harrie Vogels, a 67-year-old trucker born in Holland who has lived in England for 20 years, has experienced the gradual erosion of a job he loves.

Vogels has been getting behind the wheel of 44-tonne lorries for more than four decades. Falling wages have been a problem in recent years but the decline in conditions and in respect for his profession are the things that really hurt.

But then there are the times he is given abuse by a customer or told that he can’t even use the toilet at the end of a 70-hour working week.

While there used to be an appealing independence about life on the road, drivers now have their every move tracked in the name of eking out every last second of efficiency.

The job has also become increasingly insecure. Some drivers are only paid when their vehicle is moving and it’s not uncommon to have to wait for hours at the insistence of the customer.

A number of logistics firms are currently boycotting Lidl because the retailer insists that if a delivery is late the driver must make a new booking, which might not be until the following day. In the meantime, the driver and their employer are losing money.

In 2017, it emerged that drivers delivering goods for Ikea were forced to sleep in their lorries because punishing schedules meant they had no choice. Many people outside the trucking industry don’t realise that this is a common practice, says Vogels.

Other drivers say that such home comforts are standard in lorries in mainland Europe but are often advertised as a selling point by UK firms.

A lack of facilities is also a major problem in the UK. Drivers complain that at some stops they aren’t allowed to use any facilities. This has worsened during the pandemic.

Retailers argue that the driver shortage is not primarily about poor conditions, low pay or insecure work. The British Retail Consortium, whose largest members are the big supermarkets, points to a backlog of driving tests due to the pandemic. This has meant that an ageing workforce cannot be replaced. But it does not address why the workforce is ageing in the first place.

Retailers are calling for help from the government to train more drivers and grant temporary visas for EU workers. They are also boosting rates of pay. John Lewis has increased salaries by £5,000 per year, Tesco is offering a signing-on bonus of up to £1,000 and other companies have committed to pay for training – a cost which drivers had been picking up themselves.

However, it will take time for the pay rises to attract the tens of thousands of new workers now required to do a job which has long been seen as unattractive to young people in the UK and there are limited places available for training.