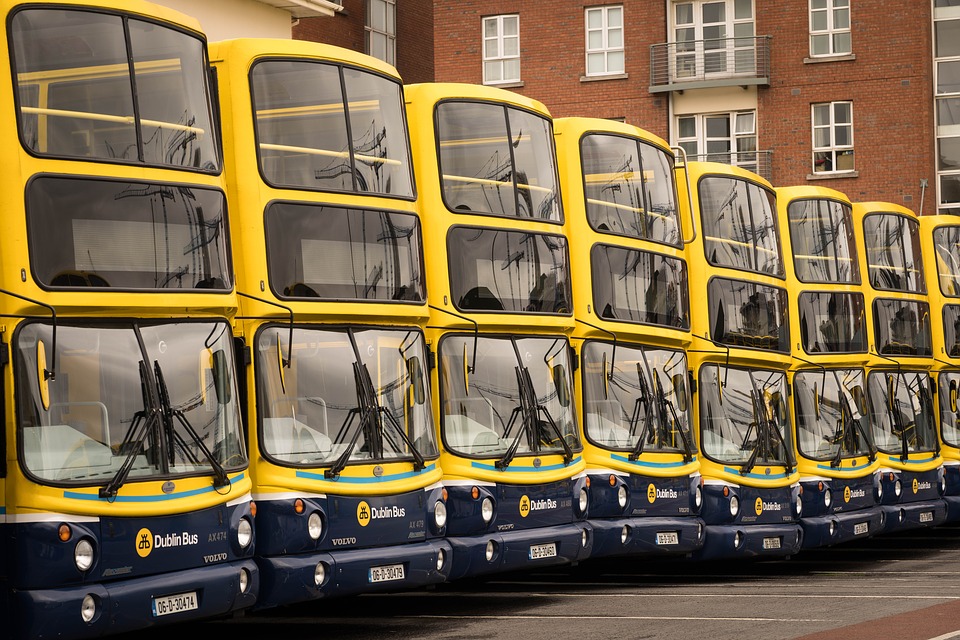 By 2000, there were 27 free public systems in the world. That increased to 60 in 2010, 99 in 2017 and 114 today, the majority in Europe, says Wojciech Keblowski, an expert on free public transport at the Free University Brussels.

So does this mean free public transport is the wave of the future? The answer depends on the size and sociology of the city, and the existing network. Free transport has been a resounding success in, among others, Tallinn, Estonia, and Dunkirk, northern France. James Wickham, a retired professor in sociology at Trinity College Dublin and author of Gridlock: Dublin’s Transport Crisis and the Future of the City, says the question is largely irrelevant to the Irish capital. “The big issue in Dublin is not to get people on to existing public transport, but to create a lot more public transport,” he said.

Paris mayor Anne Hidalgo raised the possibility of a full free-fare public system last March, when she was under fire for bungling changes to the city’s Vélib bicycle system. Hidalgo’s deputies spent nine months drawing up a report that concluded free transport would not work for the French capital.

Paris could not accommodate a projected increase in public transport use, from 36 per cent to 48 per cent of all journeys, if the already saturated system was offered free of charge, the report said. Car traffic would have decreased only marginally, simulations showed.

Public transport in Paris and the surrounding Ile-de-France region costs €10.1 billion annually. An exceptionally high percentage, 27.1 per cent, is financed by fares. In Dunkirk, which went fare free last September, only 10 per cent of costs were paid by users.
Hidalgo has adopted 23 public transport measures that will cost the city €5 million annually.

The most publicised will provide free transport for children under the age of 11. Contrary to what one might think, the main benefits of free public transport are sociological, not environmental.

Helping the underprivileged is the most powerful argument in its favour. “Use among vulnerable groups – the unemployed, the elderly and youths who do not have a middle-class income – increases dramatically when fares are abolished,” Keblowski says. “The city becomes much more available to them. They can look for jobs and take advantage of cultural activities and institutions. That argument is especially present in the French context.”

In Aubagne, a suburb of Marseille where Keblowski conducted his research, “there is a clear danger of ghettoisation, of locking people in neighbourhoods from which it is difficult to escape. In such cities, free public transport is a social policy that redistributes access to the city . . . The challenge is to be socially sensitive to the effect of policies, so we don’t end up with cities that are green and environmentally friendly, but essentially middle-class enclaves surrounded by the working class living in car-oriented suburbs.”

With the Irish capital continuing to sprawl in size and scale, there would be plenty of evidence suggesting similar sociological benefits that free public transport could bring, but with the rising prevalence of private transport operators, those operating public routes would resist any such moves fiercely as profit margins continue to dwindle on many routes. However, the success of the Luas, and indeed the Dublin bikes scheme, though both took a
long time to deliver, suggest that the capital is not immune to ambitious transport initiatives.

However as the city continues to grow at an almost abnormal rate, its transport and infrastructure needs must be given to connecting the outlying and disconnected parts of the city, ‘tying bits of the city together’ in the words of Professor Wickham. In terms of Cork, the Irish Examiner reported on January 4 th that the State must invest in game-changing public transport projects in Cork to ensure the city can act as a counterbalance to development in the capital over the next 20 years.

This is an edited version of a report which first appeared in the Irish Times on Saturday, January 26th. Additional reporting from the Irish Examiner