CMA CGM, the world’s third largest container shipping company by  volume, has announced that it has signed an agreement with the Cuban government and Almacenes Universales SA to develop a 17 hectare faculty on the Cuban port of Mariel for warehousing and container storage.   “The platform at Mariel’s is the first step in Cuba’s land logistics developments,” said Mathieu Friedberg, vice president with CMA CGM,  “it is also a new step in the acceleration of CMA CGM’s LOG’s international development.”  The Muriel port, operated by the Brazilian government, was established in January 2014, and has been dredged to accommodate post-Panamex vessels.  When the project is completed, it is expected to include 130,000 square feet of warehouse space, 177 cubic feet of refrigerated storage,  and an annual capacity of up to a million containers.   The agreement was signed in the presence of visiting French President Francois Hollande, and follows recent attempts by the Obama Administration to cement better trade relation between the U.S. and Cuba. 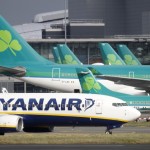 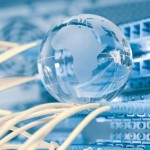