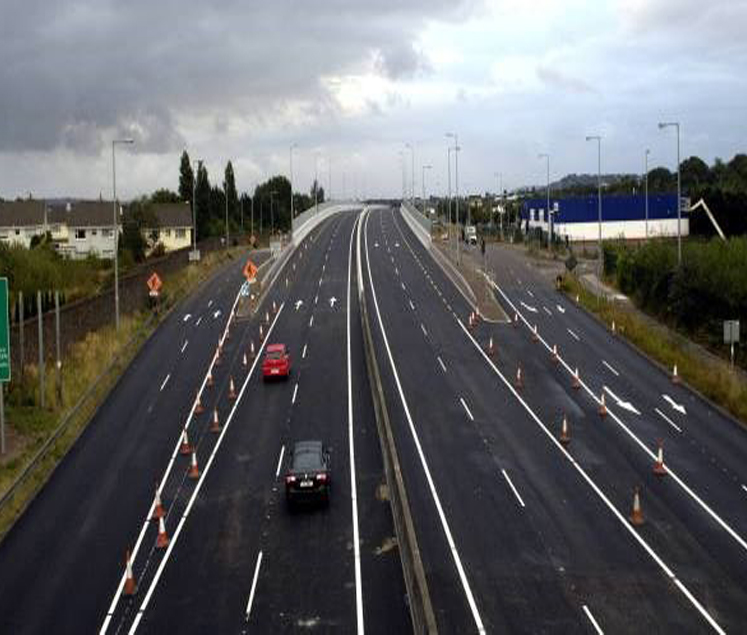 The much-heralded National Development Plan 2018 – 2027 has finally been published. It promises a significant level of investment, which will underpin the National Planning Framework, and drive its implementation over the next ten years. But there are big challenges that must be met, including:

Transport has an extremely important role to play in meeting these challenges. Ensuring that the right investments are made, at the right time, and in the right places, is the job of the Government of the day. Strategic Investment Priorities
The National Development Plan (NDP) promises almost €116 billion investment over the next ten years. This represents a substantial commitment of resources by any standard.

If delivered, it will ensure further growth in employment, with appropriate regional development. It will also provide clarity to the construction sector, allowing the industry to provide the capacity and capability required to deliver Government’s long-term investment plans.

Projects with Price-tags
The NDP does not indicate precisely what share of the NDP’s €116 billion is earmarked for transport. But calculations show that it represents between 20 and 25 per cent of the grand
total.

The Department of Transport, Tourism and Sport is getting a capital allocation of nearly €10 billion out of a
grand total of €38.5 billion, for the five years 2018 through 2022. The 20 per cent comes from Table A which lists nine specific transport projects that represent €23.5 billion of the €116 billion total. Table A lists these projects (it should be noted that not all transport projects in the NDP are named and have a price-tag). Box A (above) provides some comments on what is expected from these projects.

Projects without Price-tags
Table A shows the projects that have a price-tag in terms of investment. There are a number of other projects that are mentioned in the NDP, but with no price tag. Here are three such projects:

Inter-urban Rail:The NDP does refer to a funding priority for the inter-urban rail network in order to protect the investment already made in the national railway system. It went on to state that “This requires a significant level of spending directed toward maintenance and rehabilitation expenditure to prevent further degradation of the existing capital stock in order to regain and maintain at a steady-state”.

Dublin/Belfast Rail: The NDP points out that a feasibility study of high speed rail between Dublin Belfast, Dublin Limerick Junction/Cork and an evaluation of its economic benefits against improvements to existing line speeds will also be carried out against relevant appraisal processes and value-for-money tests required under the Public Spending Code to commence within a year.

Western Rail Corridor: The NPD points out that the Western Rail Corridor Phase 2 from Athenry to Tuam, and phase 3 to Claremorris could play an important role in the Atlantic Economic Corridor. The extension of the WRC could increase passenger, tourist and commercial use. Specifically, the NDP states that “In line with the Programme for Government an independent review will be undertaken immediately. If the findings of the review are approved by Government, the project will be prioritised during this plan”.

Last Autumn, the Government received good advice from the International Management Fund (IMF) on these matters, in a report titled ‘Public Investment Management Assessment’. The IMF made 27 specific recommendations.

On foot of the IMF report, a strengthening of governance is promised with the establishment by the Department of Public Expenditure and Reform of an Infrastructure Projects Steering Group, with senior representatives of all of the infrastructure and investment Departments.

In addition, the NDP does promise that further actions will be taken with regard to the implementation of other IMF recommendations.

Revised National Development Plan Will Transform How We Travel