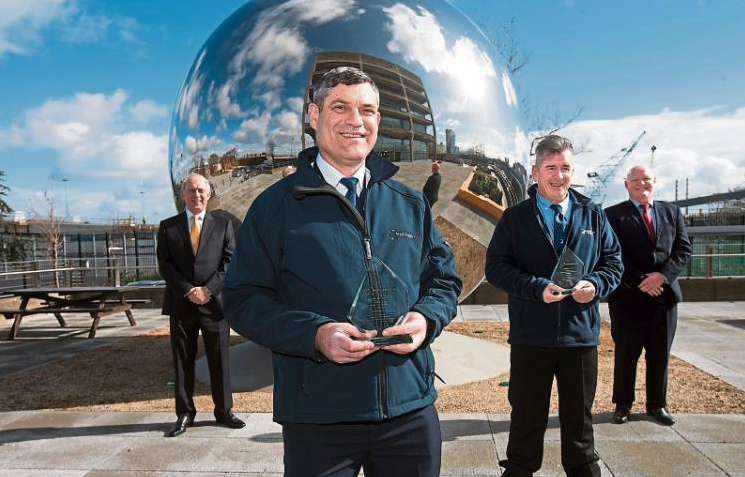 A security officer from Athy was honoured by his employer after he helped rescue a man at Dublin Port.

Manguard Plus security officer Anatoliy Ivanov and his colleague Ken Carter were on duty in Dublin Port when a man was spotted in a disorientated and highly agitated state at the pier edge.

Following attempts to talk the gentleman, who appeared very confused and distressed, away from the edge, Anatoliy physically restrained him from causing any serious harm to himself.

Ken, who was on duty in the Control Room, promptly alerted the emergency services who dealt with the distressed gentleman and provided additional care.

The pair were presented with heroism awards from Naas-based Manguard recently by the security manager at Dublin Port Company, Thomas Kavanagh.

Mr Kavanagh said that if they had not acted so swiftly and professionally, there would have been a fatality.

Anatoliy and Ken said that the support and training they received from the company gives them “huge confidence and security in our roles”.