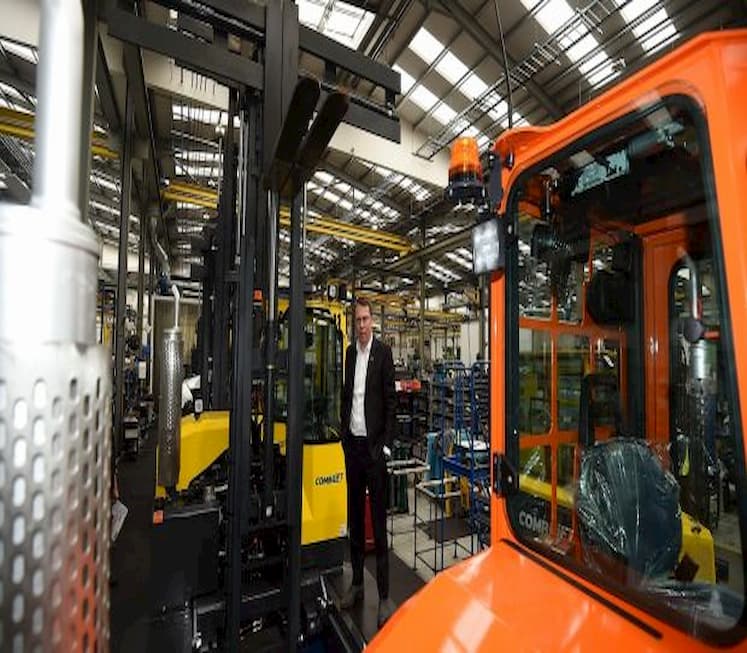 Exporters are turning their attention to the next looming challenge: the possibility of the United Kingdom leaving the European Union’s single market and customs union on January 1st without a trade deal.

And while Covid-19 continues to dominate the news and adversely affect business, some companies are optimistic that they are prepared as best they can be for the consequences of a hard Brexit.

Silverhill Foods of Emyvale in Co Monaghan has an annual turnover of more than €30 million with 70 per cent of the company’s weekly output of 80,000 ducks exported to 27 countries – 40 per cent of them to Chinese restaurants in the UK. The initial impact of Brexit was two price hikes of 10 per cent each, both caused by a fall in the sterling to euro exchange rate.

But the impact on sales was virtually zero and a World Trade Organisation tariff of 7 per cent, which will apply to Silverhill goods entering the UK without a UK/EU trade deal, doesn’t faze the company’s head of sales, Barry Cullen.

“It’s not a major price difference,” he says. “We are a premium product. We are about twice as expensive as our competitors, so we’re not price sensitive.”

Two years ago when the implications of Brexit were sinking in, the company leased temporary warehouse space near Manchester where 100 pallets, each holding 420 frozen ducks, could be stored, thus ensuring UK customers would continue to be supplied if ports became jammed. The warehouse option can be revived after January, if needs be.

The Silverhill breed, which is half Aylesbury, half Peking, is popular in France, Germany, Scandinavia and the Far East so as regards exporting to the rest of the world, the company long ago abandoned the UK land bridge and exports now, via Dublin Port, to Cherbourg and Rotterdam.

Silverhill duck has become a far-travelled delicacy. In Singapore, what is marketed as “London Fat Duck” began life as an egg in Aughnacloy, Co Tyrone. It was hatched in Slieve Bragan, Co Monaghan and reared for 42 days on farms in Monaghan and Tyrone before being processed in Emyvale – all by a workforce of about 250.

Cullen believes their UK customers, who are overwhelmingly ethnic Chinese enterprises, are well used to importing from outside the EU and the prospect of WTO tariffs and regulations doesn’t worry them. “They’re all fine about it,” he says.

“We don’t want to be reliant on the UK,” he says. “I think it will still be our largest [single] customer after this but I think the reliance on it by Irish companies, I think they’ve realised we cannot be beholden to these guys. . . Don’t waste a good crisis – we know this is coming so go out and find new markets.”

Then there’s the prospect of increasing Silverhill’s burgeoning trade with the Far East.

“Indonesia,” he says excitedly, “the population’s 260 million and you think it’s a poor country but you take the top one per cent. . . you start thinking in terms of selling pallets of duck and end up thinking of container loads.”

Like Silverhill, warehousing became a solution for another major exporter, Portwest, the €180 million turnover, outdoor leisure and work clothing company which is based in Westport, Co Mayo and employs 4,500 people worldwide.

The Polish warehouse has 150 staff and serves all of Portwest’s EU customers. The UK warehouse, with 100 fewer staff, serves UK and Portwest’s non-EU customers – England’s loss was Poland’s gain.

“We are now Brexit-proof from issues associated with customs and borders,” says Hughes. “No company will be exempt from the possible political or commercial fallout.”

CombiLift is another Monaghan-based company with a global reach that has also had to react to the potential worst-case scenario in January.

The company, a hugely successful maker of forklift trucks, has grown over 22 years into a €300 million turnover enterprise employing 650 people.

Most of the staff work at an enormous assembly plant that is 11 acres under roof and sits on a 100 acre site at the edge of Monaghan town. Four production lines, now working two at a time in staggered shifts because of Covid-19 distancing restrictions, crank out customised forklifts trucks.

Their multi-directional wheel and steering system gives them extra manoeuvrability, allowing them operate in very confined spaces. This allows CombiLift to market itself as a space saver, selling customers the notion that their existing warehouse has greater capacity, if storage aisles are reconfigured and made narrower, thereby allowing for more shelving.

While the company’s two largest markets, accounting for half of output, are the UK and US, it also exports to more than 80 countries throughout Europe and the Americas, as well as to Asia, Africa and Australia.

The company’s single most significant response to Brexit was to obtain from Revenue the status of Authorised Economic Operator (AEO), a process that took 10 months and culminated in the issuing of a prized AEO certificate in June 2019.

What the status means in effect is that the CombiLift plant in Monaghan becomes a customs and excise frontline, rather than the frontline being at the port through which exports flow. On a day-to-day basis, this means the plant operates like a bonded warehouse so when finished products or spare parts reach a port, they pass through the green channel, without delay and unchecked.

Clearly, trust is a key ingredient.

Martin McVicar, managing director, and company cofounder with Robert Moffet, explains: “We have controls in place. Doors to where spare parts are held are fob activated so only known employees can get in or out. Security procedures, access and control is very much insisted upon [by customs].

“You become a trusted partner with Revenue and as long as you do everything properly, there is no reason for them to check what you do.”

That said, the plant can be subject to inspection at any time and the perimeter of the site is laser beam protected. CCTV is everywhere.

CombiLift has an articulated truck or container leaving the Monaghan plant every hour of every day. The company also takes in 40 truck-loads of imported parts, the company’s manufacturing raw materials.

“By having AEO status, we’re getting our [imported] goods cleared much faster from any market,” says McVicar, adding that import processing time at Dublin Port has improved from two to three days to mere hours.

Whatever way Brexit pans out in January, CombiLift will be able to deliver spare parts to UK customers overnight.

So McVicar hasn’t given up on the UK.

“Whatever happens in Brexit is not going to stop us investing there, for multiple reasons,” he says. “The UK clients are still going to need forklift trucks to move goods around. In fact, their demand for warehousing space is going to be at a higher premium because the minute a company comes out of that European block, they’ll want to want to make sure they’ve goods on their island.

“UK companies are going to be stocking higher levels of components and food to deal with border scenarios and where our products come into value is, even though we make forklift trucks, we are actually in the business of selling warehouse space. We sell forklift trucks that save warehouse space and as the demand for warehousing increases, there’s more demand for our product.

“So even post-Brexit, whether there’s no deal or there is a deal, we’re still going to invest in the UK.”

Working From Home Tips to Protect Your Health and Wellbeing