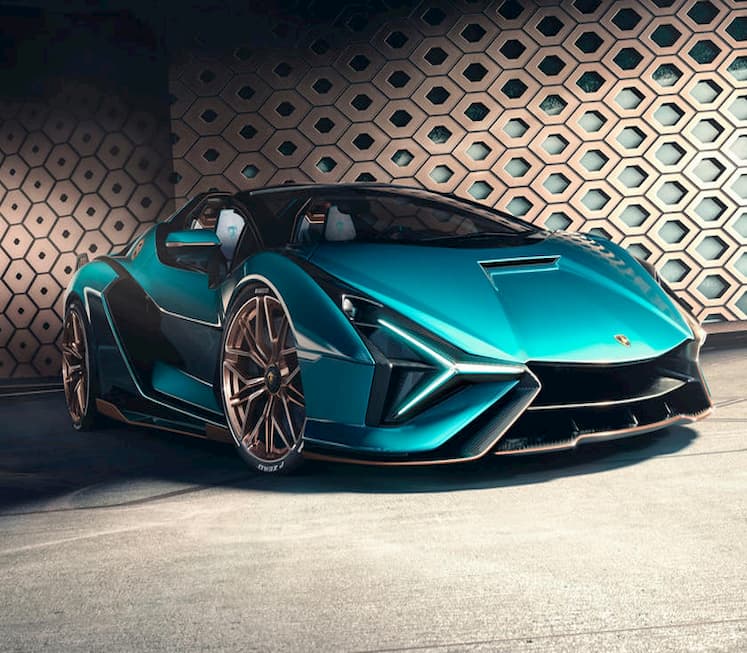 A new Lamborghini flagship has arrived.

It was teased numerous times before its reveal but now the 2021 Lamborghini Sian Roadster has officially arrived. This limited-edition open-top version of the Sian is powered by the same 6.5-liter naturally aspirated V12 engine as the coupe, supplemented by a 48-volt e-motor. The V12 produces plenty of horsepower on its own while the e-motor contributes an additional 34 hp for a total of 819 hp at an ear-shattering 8,500 rpm.

With so much power on tap, Lamborghini says the Sian Roadster can hit 62 mph in under 2.9 seconds with a top speed of 217 mph. Lamborghini has also managed to keep the weight of the electric motor to just 75 pounds, resulting in a weight-to-power ratio of 1.0 kg/hp. The electric motor won’t go far on its own but will allow the Sian Roadster to make low-speed maneuvers such as reversing or parking with electric power. Under braking, the hybrid system stores power for later use while accelerating. The Sian Roadster makes its debut in Blu Uranus, a specially chosen color from Lamborghini’s Centro Stile and Ad Personam customization department. Of course, each owner will be able to choose their own custom color and finish. This particular car is fitted with Oro Electrum wheels, a color that is meant to show off the Sian’s electrification.

From the outside, the Sian Roadster appears very similar to its coupe counterpart with some key differences. Lamborghini says the aerial view shows off the periscopio line, which was inspired by the original Countach and runs diagonally from the cockpit to the rear and blends into aerodynamic air streamers behind the driver and passenger. “The Sian Roadster encapsulates the spirit of Lamborghini,” says Stefano Domenicali, Automobili Lamborghini Chairman and Chief Executive Officer. “It is the expression of breathtaking design and extraordinary performance, but most importantly embodies important future technologies. The Sian’s innovative hybrid powertrain heralds the direction for Lamborghini super sports cars, and the open-top Sian Roadster affirms a desire for the ultimate lifestyle Lamborghini as we move towards a tomorrow demanding new solutions.”

Lamborghini hasn’t mention pricing for the limited edition model, but it should be more expensive than the Sian Coupe, which already costs $3.7 million. Only 19 units of the Sian Roadster will be made, all of which have already sold out. Subscribe to Linkline Journal for our Newsletter and competitions.

The “New Normal” Is a Myth. The Future Won’t Be Normal at All