Investing in Safer Cycling for Dublin 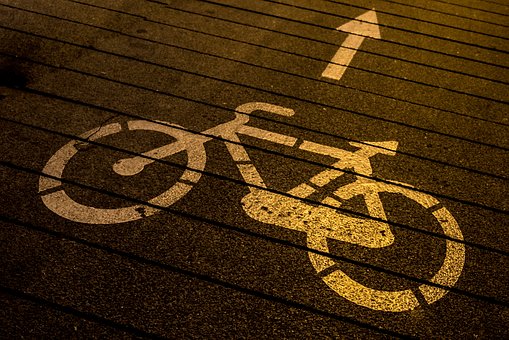 Switching to a cycling commute may have enormous health benefits, but only if we can avail of a safe cycling environment. In the nation’s capital, there is a widely held perception that cycling in heavy traffic in the capital can be scary, and hazardous.

A recent study conducted by researchers from Trinity College Dublin and UCD – entitled ‘Health Impact of Cycling in Dublin on Individual Cyclists and on the Local Population’ and published in the Journal of Transport and Health – found enormous benefits to health but called for improved infrastructure to make cycling safe for commuters.

“Individuals who cycle are also exposed to increased air pollution doses and an increased risk of traffic collision and injury. The results of this work show that cities promoting a shift from driving to cycling should focus on providing safer cycling infrastructure and cleaner air to keep cycling as the healthiest choice of city commute”.

The new research mirrors observations from the UN, who in 2016, criticised Ireland for the poor investment in cycling infrastructure saying: “The Department of Transport’s 2016 allocation for road improvements was €555 million. About €5.5 million went into improvements for cyclists and pedestrians but according to the UN’s recommendations the State should have invested some €111 million”.

In ‘Transport Future and TII Statement of Strategy 2016 to 2021’ however, TII and the Department of Transport have highlighted cycling infrastructure as a key priority: “to address urban congestion through improved public transport and additional public transport capacity, better walking and cycling infrastructure, improving efficiency and increased use of Intelligent Transport Systems”.

Michael Aherne, Head of Transport Development Division at National Transport Authority, echoes these sentiments, and sees cycling as a major priority. This is reflected by the the ‘NTA Sustainable Transport Measures Grants’ investment in cycling, which as a proportion part of the overall grant, has jumped since 2010. For example, two-thirds of which (over €17m) was invested in cycling during 2015.

“As time has gone on, our cycling schemes have come to the fore and investment in cycling and walking has increased. We’ve been pretty consistent, spending close to €17m each year. To put that in context, as a proportion, we are probably spending as much if not more than cities like London. Would we like to do more? Of course we would”, he explains. We have had limitations on funding since the downturn – we know that we get a major return on our cycling routes (as evidenced by the huge increases recorded both in the Canal Cordon and the Census), and we are keen to deliver more if funding permits”.

With the best intentions, there are numerous impediments that will routinely pop up to hamper changing the infrastructure. For one, as Mr Aherne explains, there is the factor of various pipes, cables etc. underneath footpaths and roads. Often adequate information is not available to what is there, which can require a full infrastructure redesign.

Of course, projects must be of a high quality and include appropriate cycling facilities that improve the network, to attract people to cycling and encourage them to leave the car at home. Such improvements to cycling are integrated into the design of our Core Bus Corridors under the “Bus Connects” project. This major project will hopefully deliver significant improvements to the major radial cycle routes into the city centre, as well as re-shaping the bus travel for the region. 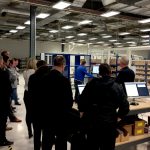