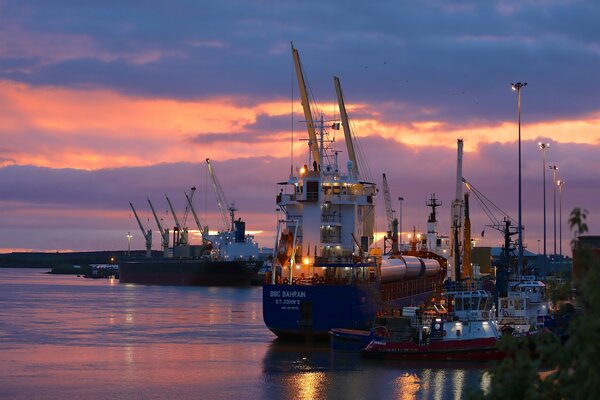 Minister for Transport, Eamon Ryan, and Minister of State in the Department of Transport, Hildegarde Naughton, have welcomed the agreement at Transport Council in Brussels on the revised Trans-European Transport Network Regulation (TEN-T).

Minister Naughton paid particular attention to the Port of Galway which is added to the TEN-T network in the General Approach agreed, in their plans for offshore renewable energy, a crucial part of our future energy mix.

Welcoming the General Approach, Minister Naughton said, “for Ireland, the new Regulation will mean that upgrading intercity and regional rail lines on the TEN-T network, developing our main Ports, linking key infrastructure such as Dublin Airport to rail, developing multi-modal freight terminals, and better integrating local and national transport infrastructure in the designated Urban Nodes on the network of Dublin, Cork and now Galway, will all be eligible to apply for funding under the EU’s Connecting Europe Facility.”

“I am particularly pleased that the Port of Galway has been added to the TEN-T network, given the important role it can play in developing renewable energy projects and its ambitious plans in this regard.”

The European Commission’s proposal to revise the Regulation was published in December 2021 and aimed to align the development of the TEN-T network with EU climate goals, to better integrate different modes of transport and urban nodes, to increase the resilience of the network and to reinforce the governance provisions.

The draft Regulation sets out an EU-wide network of rail, inland waterways, shipping routes, roads, ports, airports, and freight terminals as well as the requirements for infrastructure on this network. A key addition to the draft Regulation is the recognition of the synergies between transport and energy.

Minister for Transport Eamon Ryan said that this will support the development of our main ports around the country, making them critical hubs for off-shore wind particularly and ensuring that they are connected on to key infrastructure and population centres.

Ryan said, “the important role that ports have to play in supporting the roll-out of offshore renewable energy is now recognised in the Regulation. This means that major Irish ports can become key energy hubs, not just for the operation and maintenance of off-shore wind farms, but as locations where the energy from those farms will come onshore. This means that ports can also become critical nodal locations for high energy users, bringing modern industries to where the energy is.”

“The Regulation also sets out how our ports can be connected through enhanced rail particularly for passengers, freight and energy transportation to other key infrastructure and population centres. We are starting this already, with work beginning on the Shannon-Foynes Rail line for example. But, now with T-Trans, we can push ahead to ensure that all of our major ports are resourced for a new era of smart multi-modal interconnectivity.”

Speaking after the Council, Minister Naughton said, “this is an important milestone in the ongoing development of the EU’s transport network. The draft Regulation discussed at Transport Council this morning will, when adopted, improve connectivity across the EU for both passengers and freight. Importantly, it aligns transport policy to the European Green Deal by providing the means of transitioning to green, clean and smarter mobility.”

The revision of the Regulation for the development of TEN-T was the main legislative item on the agenda of Transport Council at which the Council adopted a General Approach.