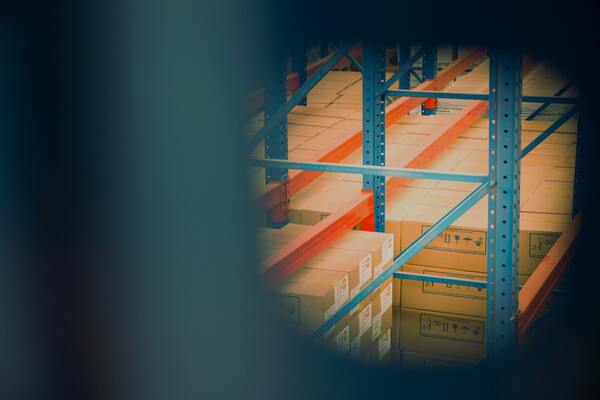 Irish business is once again having to restructure their supply chain, amid renewed disruption caused by the resurgence of Covid-19 in China, the Ukraine war and soaring fuel costs.

Economists have warned that if continued, the global difficulties will contribute to lower economic growth and higher inflation.

Central to the problems are the ongoing heavy restrictions in place in China where there has been a re-emergence of Covid-19 infection, closing factories and ports and restricting movement of workers and goods.

Recent data from maritime intelligence agency Windward estimated that as many as one in every five container ships are now stuck at ports worldwide, with around 28% of the shipping backlog originating in China.

In Dublin, Hyland Shipping is feeling the effects, not just of the situation in China but also of the Ukraine war, Brexit, driver and container shortages and rising fuel costs.

Managing Director, Tino Hyland, said congestion in ports is a real issue and is affecting all sectors, “when a vessel arrives in a port if there is nobody there to unload it, it just has to stay there and it could be waiting for a couple of weeks and that certainly happened during Covid, but it is continuing now. I’ve seen that over the last couple of weeks in Dublin Port. A vessel arrives say on a Thursday and doesn’t get unloaded until Saturday.”

“And obviously the cost of that is absolutely huge and the delays involved. People are working on a JIT [Just in Time] basis, they need the stuff delivered to them on Friday, they are not getting it until Monday or Tuesday.”

Fuel prices are also adding to the problem, with many ferry companies applying surcharges to cover their rising costs.

Hyland continued, “so for example at the moment, freight for a truck on a ferry could be anything up to €1,750, when it was probably less than €1,000.”

More than a year on, the impact of Brexit on use of the UK landbridge for the movement of goods into and out of continental Europe is also continuing to hurt.

Hyland concluded, “it’s meant the logistics chain has changed. This adds greatly to the cost, because going across the UK is the cheapest method to get it out there.”

David Whelehan of Whelehan Wines in Dublin’s Loughlinstown is one of those further down the chain who is suffering from the congestion and disruption, saying, “within Europe we are finding no issue at all and the majority of the wines that we import come from Europe. But certainly if you are shipping from California, New Zealand, Argentina, Chile, really it is a disaster, in terms of the shipping costs from New Zealand has gone up now by a multiple of about five, the shipping from Chile has gone up by a multiple of seven, and also in Australia.”

“And even if you are shipping from the west coast in America…the lead times have gone up by almost double. So now they are guiding 70 days where historically it would have been 35 days.”

He is also experiencing trouble sourcing packaging for the online side of the business, stating, “once again we are seeing massive delays. There is real backlog in getting boxes produced. At one stage back in October, November they were just not taking any more orders, they were saying we are not supplying any more customers.”

The company had been bringing packaging in from Italy but is now trying to source it locally.

It also had to order its packaging supplies from Italy for Christmas in March, after it was warned that if it didn’t, delivery in time couldn’t be guaranteed.

Despite the challenges, David is upbeat about the outlook for the business and said there is plenty of good wine in stock.

It is a similar picture in nearby Flanagan Kerins furniture store in Bray, where there is a full range of products on offer, even though getting them has been challenging for the business.

The company stocked up ahead of Brexit and changed where it was sourcing from, shifting to suppliers who are closer to home.

Nevertheless, it too is experiencing erratic incoming supplies and is seeing shipping costs increase.

Co-owner and general manager Peter Flanagan said, “in terms of customer service where people have ordered things in particular fabrics, that has really exposed the Just in Time phenomenon that has been worldwide since the early 70s and 80s with Toyota.”

“For a small business like us on the ground, some of our mid-suppliers maybe in the UK or Irish sofa makers who are supplying us maybe have had difficulty in getting some parts and delays with specific orders related to maybe one particular fabric or one particular filling.”

At one point, he added, wrapping around pocket springs used in sofas and mattresses was in short supply, slowing down the production of those products.

He continued, “we’ve had some orders go out as long as six months, for the most part the majority of what we sell can be delivered within 10 days or so.”

The company has also shifted sourcing more to Ireland and the UK where possible, as well as Lithuania and Eastern Europe, as well as Italy, saying, “it takes the risk out of it in terms of delay and currency risk obviously and better customer service. Also the price of fuel is a factor.“

Digital Supply Chain: The Journey Ahead