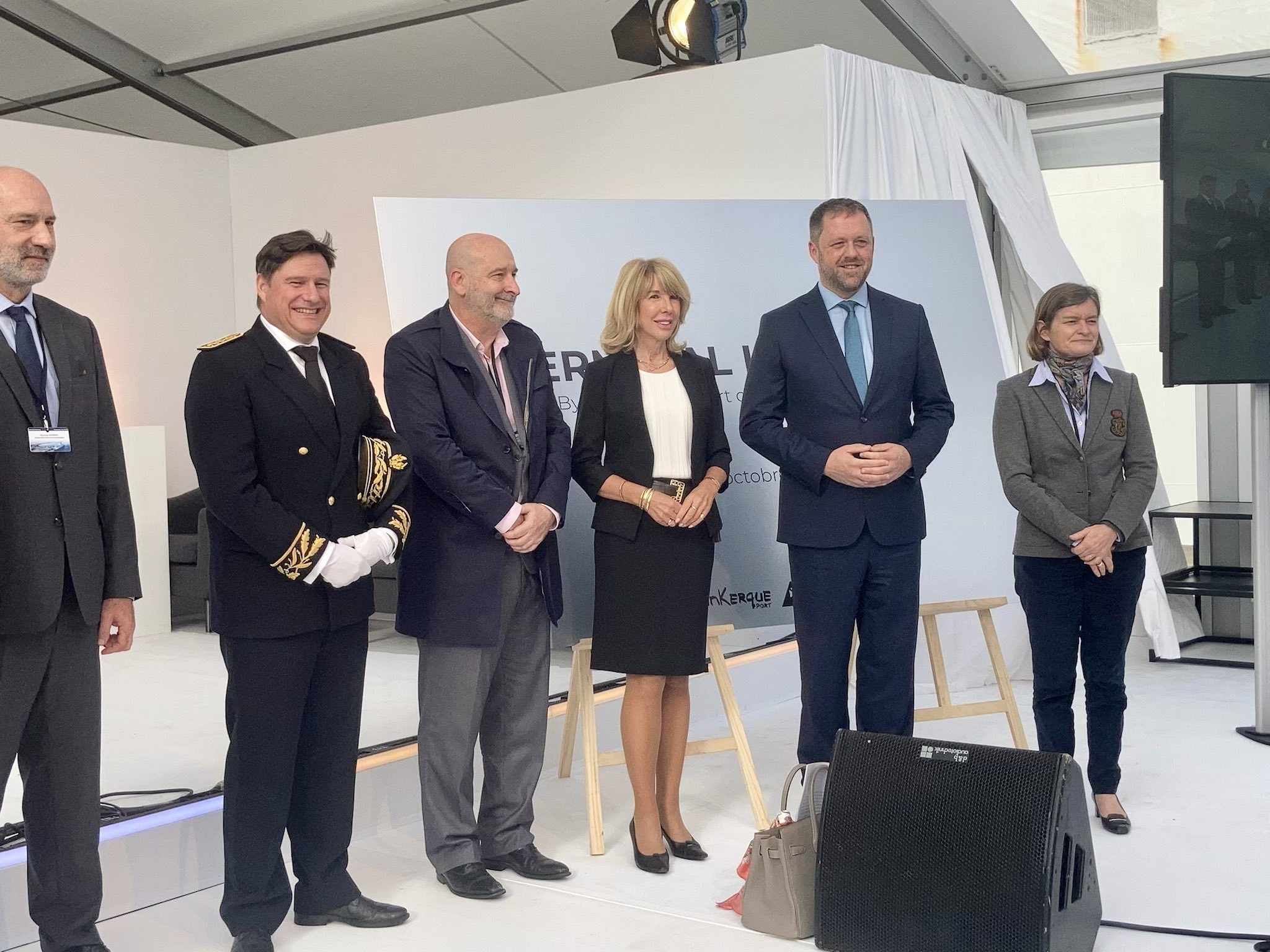 Minister for European Affairs Thomas Byrne has inaugurated a new Irish terminal at the French ferry port of Dunkirk, with Irish-French sea connections rising from 12 before Brexit to 44 now.

It has already handled nearly 50,000 freight units (trucks and unaccompanied containers) moving from Rosslare and back, as exporters side step the UK landbridge since Brexit took effect on 1 January.

Minister Byrne said about Irish-French sea connections, “it’s basically sold out now with freight lorries,. The whole port, the [Nord Pas de Calais] region, the [Dunkirk] chamber of commerce, is behind this, to get even more connections to Ireland.”

“We only had 12 direct routes to France before Brexit, now it’s 44. We are looking as well next summer towards tourism to get Irish tourists into this region, but also of course, tourists from Northern France, Belgium, Holland and Germany. They have more direct routes into Ireland too.”

The importance of Dunkirk has become the latest outworking of Brexit and reflects the growing need for direct sea routes to and from Ireland so that Irish and other EU exporters can sidestep the UK land bridge.

That is because the land bridge is now associated with delays and customs formalities.

Mr Byrne said the land bridge was still important as it took less time than average and was important for certain fresh foods.

However, he said the sea route from Rosslare to Dunkirk provided lorry drivers with more rest periods.

The Dunkirk-Rosslare route is being operated by the Danish shipping line DFDS, which now has three boats operating five round trips per week.

Mr Byrne said the Irish terminal in Dunkirk would provide a huge opportunity for tourism and open up the continent to Irish people, stating, “importantly, it will open up Ireland as a direct route, particularly for those with caravans and camper vans from the Netherlands, from Northern France, from Germany. I think there’s a huge opportunity for tourism here as well and I think we’re going to grasp those opportunities,” the minister said.”

Torben Carlsen, the chief executive of DFDS, said, “this was something that is in response to Brexit. It was clear, also to our Irish partners, that Irish exporters would be seriously suffering, potentially due to the difficulties of paperwork and delays. Lately also the [suffering from the] driver shortage you can see in the UK. So there was a demand for a direct link between Ireland and the EU, most specifically France, and we responded to that need.”

“We have a lot of time-sensitive goods on this route, and with the tacometers of the drivers and the schedule they have, you’re almost able to get to Dunkirk at the same time as you would with the land bridge. It’s a very attractive route also for drivers because they resting when they are at sea and have a full driving schedule when they arrive. So the land bridge does not have an advantage.”

Budget 2022 to Help Transform How We Travel