The Irish food producer Keelings has recently announced that they have signed an agreement with the Chinese state-owned food company Bright Food Group. The move will further expand the company’s roots in China in a deal that is aimed at improving supply chain security. The new deal will see Keelings’ software system deployed by Bright Foods.

Keelings had initially began developing a software system back in 1988 and have continuously developed and invested in their product ever since. The Keelings Solutions division was officially established in 2011 and has offices in Ireland and China. They supply a suite of software and services that provides industry focused solutions in procurement, stock management, warehouse and production planning, as well as sales, quality assurance and food safety.

The announcement of the deal came during the recent Enterprise Ireland trade and investment mission to China led by the Minister for Jobs, Enterprise and Innovation Richard Bruton T.D. The announcement will mean that the company’s growth in Europe will significantly improve and will also see a 50% increase in staff numbers over the coming 2 years.

Dan Zou, General Manager of Green Island Keelings Solutions’, the China branch, commented: “By utilizing this fresh produce supply chain and information solution, the project will focus on improving existing operation efficiency, standardisation of processes and cost optimization for Urban Life. This is a great opportunity for Keelings as this project will include three phases with an estimated value in excess of €1m.” 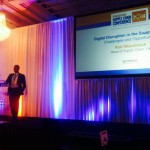