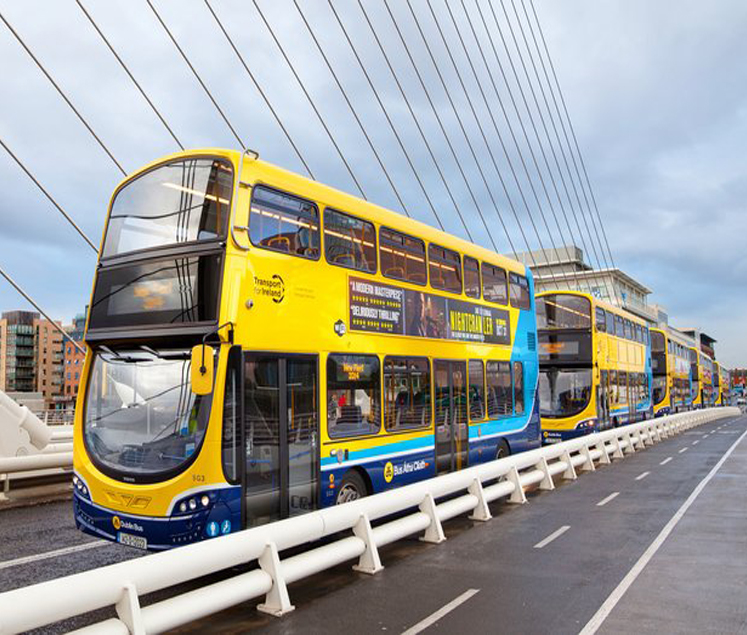 A major redesign of the Dublin Bus network will see more frequent services, hence reducing waiting time and a move to a simplified two-fare system for all services across the capital.

Additionally, a new lettering system from A to G will categorise services into “spines”, replacing the current numbering system.

The new proposals to transform Dublin Bus services were published today in a report by the National Transport Authority (NTA).

The report proposes a number of fundamental changes to the network of bus services in Dublin by:

• Increasing the overall amount of bus services.
• Providing new and frequent orbital services connecting more outer parts of the city together.
• Simplifying the bus services on the key radial into “spines” where all buses will operate under a common letter system and buses will run very frequently and be more evenly spaced.
• Increasing the number of routes where buses will come every 15 minutes or less all day. 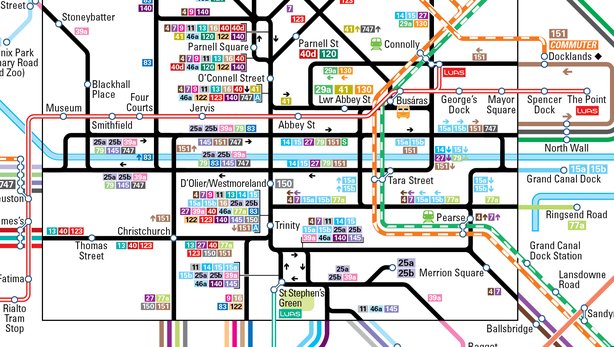 Under the proposals, the level of bus service will increase by 27%. This includes services on 11 brand-new orbital routes that will operate on a 15-minute frequency or better, in the north, south and west of the network area.

Fares will be simplified in a way that will make interchange between bus, Dart and Luas seamless. Two Leap fares will be available:

According to the NTA:

“Redrawing the bus network in Dublin has been a priority for the NTA and was a key element of the overall BusConnects programme that we announced last year.

“The current system of bus routes and services in Dublin is complex, with about 130 different bus routes forming the network. Currently the network is radially focused, with most routes emanating outwards from the City Centre. Orbital bus services – routes that skirt the city – are few and far between.

“As a result, many bus journeys can only be made by firstly traveling into the city centre on one radial route, and then taking another radial bus service out.

“We believe that a system with greater scope for interconnection between routes, and where connecting passengers don’t necessarily have to travel to the city centre, is one that would be far more attractive and convenient.”

Dublin Bus Chief Executive Ray Coyne said the proposed redesign represents a “huge change” for everyone across the capital and is urging people to come forward with feedback.

Those who wish to have their say can do so via an online survey and written submissions can be submitted to the email address: consultations@busconnects.ie.

A process of consultation on this report will formally get under way on July 16th 2018 and continue for nine weeks until September 14th 2018.

As part of the consultation process, NTA and Dublin Bus will conduct a series of information events across the region. You can keep an eye out for further information on these events which will be published soon via the following link.