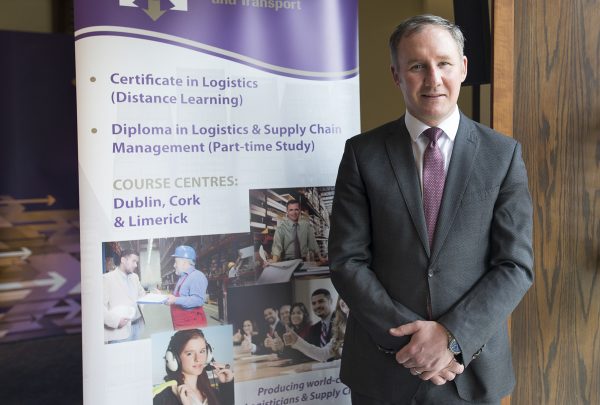 Dublin Senior Football Manager and Assistant Director with the Irish Aviation Authority (IAA), Jim Gavin was the keynote speaker at CILT’s Annual Alumni Lecture in April. He sat down with Linkline to chat about how performance management is key to life and business.

“My life has been about failure in sport and in my career”, Jim Gavin told a packed room at CILT’s Annual Alumni Lecture in April. Not what you would expect to hear from the man who has led Dublin to three All-Irelands in 5 years and is an assistant director with the Irish Aviation Authority. The audience, familiar with Gavin’s credentials, strained to pinpoint just which part of the Dublin man’s illustrious career could be anything other than a paragon of success.

Mention the name Jim Gavin to most people and the first thing you’ll hear is “Dublin manager”. What many don’t know is that the man has had an extensive flying career. He first took control of an airplane over 30 years ago when he flew out from Weston Airport with the late Darby Kennedy, the founding father of Irish civil aviation. The experience instilled a lifelong love of planes and led to him joining the Irish Air Corps where he rose to the rank of Commandant. During his 20 years in the Defence Forces he served as a ministerial air transport service pilot, a chief flying instructor, a display pilot and as chief of military aviation on UN missions in the Central African Republic and Chad. Currently, Gavin works in the Safety Regulation Division of the Irish Aviation Authority. As assistant director he is responsible for safety regarding civil air traffic management, air navigation services, airspace and aerodromes, as well as command of civil aviation security standards.

Outside his aviation career Gavin, as we know, has flown to great heights in sport. A Dublin player from 1992 to 2002, he won an All-Ireland, the National Football League, as well as multiple provincial honours. As manager of the Dublin Under 21’s he led them to three All-Ireland’s and four provincial titles before taking the reins of the senior team in October 2012. In just five short years Gavin has proved himself to be one of the greatest GAA managers Dublin has ever had, collecting three All-Ireland’s, four Leinster Championships and four National Football League titles. So when he says that his life has been about failure, you can understand why there were many raised eyebrows in the room. As Gavin delves deeper into the topic of performance management though, it becomes very clear the importance he places on failure, in both his aviation and sporting career.

For him failure is less a hang-up than a point of departure from which to grow a team: “Developing a growth mind-set is an integral part of commercial air transport”, he explains. “There is an acceptance of failure and that’s why aviation is so safe. The industry has learned hard from its mistakes. When there is an accident or incident in commercial travel the regulators will take a long hard look at it, not to disperse blame or responsibility but to dispose of any negligence. In my experience 90% of air accidents and incidents are pilot error, crew error, engineering error or air traffic control error.

What matters is how we can learn from that to ensure it doesn’t happen again. That’s my current role within the transport system.” Within football he also believes failure is critical in achieving success, when an issue arises he approaches it in a methodical way, seeking out the underlying reason so it can be addressed effectively.

“In a sporting sense, looking at the game of football, when a player makes a pass and it goes astray, the first thing I ask is was it a good decision? If it was, then I’ll ask, was the execution good? And if it wasn’t, I’m not going to the player, I’m going to the skills coach, and I’ll ask them ‘why is he kicking the ball that way?’ On the other hand, if the problem was the decision the player made, then I’m asking why he didn’t understand the game plan. I’m asking what the root cause is so that we can address it, not blame the individual. That’s performance management.”

As Gavin talks about leadership and management he weaves seamlessly between his time in the Defence Forces, his career with the IAA and his role managing Dublin’s senior team. Each aspect of his life has informed a management philosophy that prioritises best effort over results, and a leadership style designed to enable rather than enforce. “A key lesson for me at a very young age was that you should serve to lead rather than the other way around; rather than leading to be served. As an officer of the Defence Force you are there to serve the troops and not the other way around.

That’s the key message for anybody who is involved in performance and managing big teams, small teams or those in between – you are there to serve them and enable them to be the best they can be, and a key part of military strategy is encouraging troops on the battlefield to make their own decisions. As Helmuth von Moltke said, ‘No battle plan survives contact with the enemy’.”

It is perhaps this vigilance in the face of adversity that has granted Gavin the unprecedented success he has had with the Dublin squad, leading them to a record-breaking 36 games unbeaten before their run was finally halted by Kerry in early April. What he has brought to the team since taking over is a Zen-like dedication to present (rather than past or future) performance prevents them from being distracted by their significant success.

“The minute they’ve performed I want to move onto the next one. I want to burn their trophy and move onto the next one. Because I know from past experience – and similarly you can look at any industry where people get complacent – success invariable crumbles. You have to have that growth mind-set. You have to keep moving forward; otherwise, someone comes from behind you and knocks you off the track.”

Gavin attributes his love of performance management to the many personal heroes he’s discovered during his study of the field. “I’ve been a big reader down through the years of the science of sports management, but also the art of it as well. There is a chap called John Wooden who has been a big influence on me. He’s a very famous basketball coach with UCLA. As Wooden would say, ‘Little details are vital, little details make big things happen’.”

Outside of sports management Gavin has also a keen interest in academic theories of management. He refers to onetheory by renowned management professor Douglas McGregor whose ‘Theory X and Theory Y’ proposes there are two kind of worker: one (on the x-axis) who doesn’t like to work and needs to be strictly controlled, the other (on the y-axis) who is a highly motivated individual, who gets self-satisfaction from their work and therefore works more imaginatively and creatively. For Gavin it’s all about getting individuals from the x to the y: “You always come across people who have great knowledge, great skill but just don’t have the attitude. In that case you have to break down their performance and you have to outline it in a very detailed way. This is what you need to achieve in baby steps. You take them through that process and eventually you let them off and they get over to the y.”

Gavin also cites American psychologist Frederick Herzberg as an influence. Herzberg’s motivator-hygiene theory posits the idea that hygiene factors (general factors in the workplace), while they may not be motivators, can serve as demotivators of staff. Putting this into practice means taking care of the little details that, over time, can demotivate a team. As Gavin explains, this can be as simple as keeping a fridge stocked with milk, “or you go to the printer and the print cartridges run out or there’s no paper – we have all experienced that. These are the things that over time have a tipping point and eventually one grain of sand gets put on top of another grain of sand and the scale tips. But if you take away all those demotivators you can help your team to be the best they can be.”

Gavin’s all time hero though is psychologist, humanist and philosopher Abraham Maslow. And it’s easy to see how Maslow’s ‘hierarchy of needs’ has influenced his approach to performance management: “For me this is king. King because I have seen it work in aviation, in the commercial sector, and I have seen it work in sport with the Dublin football team. Maslow places self-actualisation at the very apex of the pyramid. His whole theory is about becoming the best you can be. As a performance manager of the Dublin football team my job is to get those players to perform at their very best.”

So how does it work when a team that is used to success, suffers a defeat? As was the case with Dublin when they lost to Kerry in the National League just a few weeks ago. Gavin admits it’s been tough: “Obviously people are disappointed, the players are disappointed, and I’m disappointed, mainly for the fans. But the players get over it pretty quick and you just focus on the next game. We ask ourselves ‘what did we do well and what can we do better in the next game?’ Similarly within the aviation industry, we have a culture that accepts there will be loses and people will make mistakes. All we want to do is reflect upon it, learn the lessons, see the root cause, and implement some changes to make sure it doesn’t happen again.”

I am reminded of an Abraham Maslow quote Jim used in his speech, telling the crowd, “There are three different types of people: people who make things happen, people who watch things happen and people who ask how did it happen?” It’s clear the first type is the positive one – the doer – but if we’ve learnt anything from Jim Gavin it’s that observing and questioning can be just as important when it comes to making things happen, be it in life, business or sport. 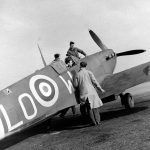 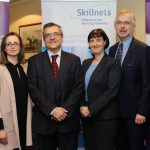