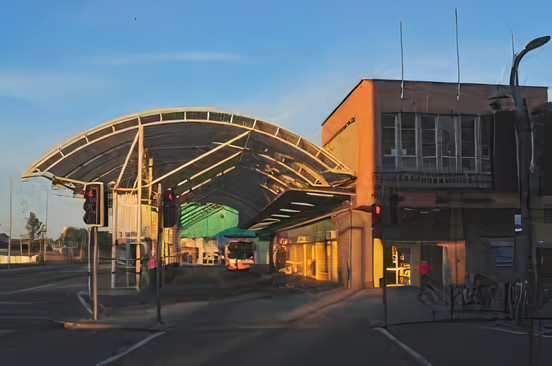 The National Transport Authority (NTA) has launched the Cork Bus Network Redesign Choices Report. The report addresses the BusConnects transport demand in Cork, structure of the existing bus network and how it can best meet the needs of a growing city.

The redesign of the bus network – that’s the timetables, frequencies and routes – is one of the nine key elements of BusConnects Cork that will transform the city’s bus system, making public transport more useful to more people. The infrastructure element of BusConnects Cork will be addressed in the coming months.

This project is fundamental to realising the ambition of the Cork Metropolitan Area Transport Strategy developed in connection with Cork City Council and Cork County Council to increase the number of people using public transport in Cork fourfold by 2040.

The NTA is seeking the view of the public on the issues raised in the Choices Report and, in particular, on the transport choices that could be used to structure the redesign of the bus network. These include:

The report has been prepared by Jarrett Walker & Associates, a US based firm which specialises in designing metropolitan public transport systems and helped redesign the new Dublin Area Bus Network.

The public consultation process commences today, July 1st and closes at 5pm on Wednesday, July 21st. A virtual public meeting will be held on July 6th at 6pm. The report will be presented, and members of the public can have their questions regarding the redesign process answered. Registration for the event can be completed here.

The Choices Report is about initial decisions that need to be made in redesigning the bus network. Responses to the online survey will be used to inform a new draft network that will be published later this year. The draft network will itself be open to a further process of public consultation before being finalised in early 2022. It is expected that the final new network will begin to be implemented in 2023.

“This new network along with the planned bus corridors and cycle lanes along with a zero-emission bus fleet, will help connect the city’s communities and ease congestion.”

“By providing an efficient and reliable bus service, we can reduce the reliance on private cars and support a widespread transition to public transport which will ultimately cut our transport related emissions.”

NTA Chief Executive Anne Graham said, “Cork city plays a pivotal role in driving economic growth across the region. Although the bus network has grown to 32 routes, the level of service and frequency of each route varies considerably.”

“With the city set to grow by up to 60% in the next two decades, we need to design a bus network that improves access to sustainable public transport options. The publication of the Choices Report today offers the opportunity to reshape the bus network around the future needs of a vibrant city and its people.”

“This report is the first step in moving towards a modern, inclusive and sustainable public transport network that services more people, combats congestion and provides a viable alternative to private cars. Over the coming months, the NTA will be working together with Bus Éireann, Cork City Council and Cork County Council to make this a reality.”

“I hope that commuters and residents in Cork will engage in the online consultation process by sharing their views. These views will play a critical role in designing a much-improved bus network in Cork city.”

Michelle Poyourow, Jarrett Walker & Associates said, “with Cork’s expected population growth and plans to develop more sustainably, it is time to re-evaluate the design of the Cork area bus network and invest in its success.”

“Over the next three weeks, we want to hear people’s priorities for bus services, and how the network could be changed. Understanding how people in the Cork Metropolitan Area view possible changes to their bus system will help us design the draft new network.”