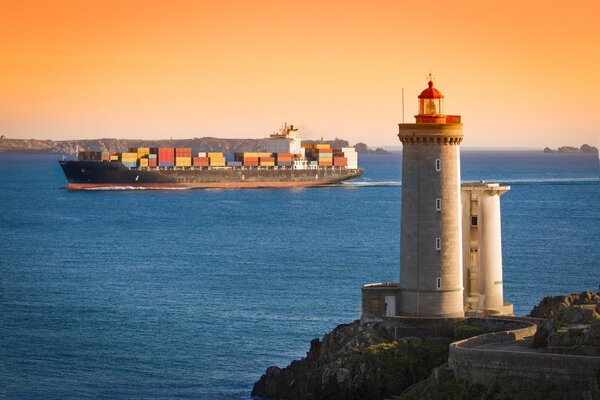 The European Commission has published its annual EU Blue Economy Report showing how the ocean economy is fueling the European green transition. With close to 4.5 million people employed, a turnover of more than €665 billion and €184 billion in gross value added, the EU blue economy sectors contribute significantly to the EU’s economy, especially in the coastal regions. Moreover, the report notes that the EU’s blue sectors are a spawning ground for innovative solutions and technologies that can help fight climate change and take the green transition to the next level. It also points at the high cost of inaction to fight climate change, as the damage of rising sea levels could cause a direct loss of more than €200 billion per year by 2080 in the EU.

EU Commissioner for Environment, Oceans and Fisheries, Virginius Sinkevičius said, “today’s extraordinary circumstances demonstrate once again the pressing need to accelerate the green transition and improve the long-term resilience and sustainability of the European economy, based on healthy, thriving natural systems. This fifth annual report shows clearly that the EU’s blue economy sectors are making step-changes, driven by innovation, technology and entrepreneurship, and will play an indispensable role in this transition.’’

EU Commissioner for Innovation, Research, Culture, Education and Youth, Mariya Gabriel said, “oceans play a key role in enabling the transition to a sustainable economy and complementing our response to disruptive events and crises. They provide us with vital resources and ecosystem services, such as oxygen, food, water, energy, connectivity, temperature regulation or biodiversity.”

The established sectors, including the sectors of marine living and non-living resources, marine renewable energy, port activities, shipbuilding and repair, maritime transport and coastal tourism sectors remain the backbone of the EU’s blue economy also in 2019. Compared to the previous year, these sectors have grown in terms of Gross Value Added (+4.5% to €184 billion), and gross profits (+7% to €72.9 billion), while employment remained stable at around 4.45 million people. Thanks to an acceleration of the growth trends of these sectors over the past 10 years, GVA registered an overall increase of more than 20% since 2009, while gross profits increased by 22% and total turnover by 15%.

Amongst the established sectors, especially noteworthy are the developments in the living resource sector and the marine renewable energy sector. The living resource sector saw a 41% rise in gross profits in the last 10 years to €7.2 billion in 2019, making it the fastest growing sector in terms of GVA after shipbuilding and repair. The marine renewable energy sector, being a key contributor to achieving the objectives of the European Green Deal and EU energy strategies, is growing exponentially and saw a 17% increase in employment compared to 2018.

On the basis of preliminary 2020 data, the Report also provides an assessment of Covid-19 effects in the turbulent year 2020. The analysis confirms that Covid-19 had a significant impact on most blue economy sectors. This impact has been more than proportional, compared to the rest of the EU’s economy. This can be explained by the major share of coastal tourism in the EU blue economy – 44% of the total GVA and 63% of employment – which has been hit especially hard during the first year of the pandemic, to more than halve its original size based on preliminary figures.

Next to the established sectors, the report highlights the significant potential for further growth of the blue economy by the development of the emerging and highly innovative sectors, such as the blue bioeconomy, blue-tech innovation and robotics, and ocean energy technologies. Although generally in their infancy, these technologies have the potential to offer sustainable solutions that can accelerate the transition needed for the EU to deliver on its ambitious sustainability commitments.

And such a transition is needed, for the oceans to remain a provider of crucial ecosystem services, such as biodiversity, carbon capture, food and materials. However, marine ecosystems are under pressure of climate change and pollution from plastic litter, excessive nutrients and chemical contaminants. To tackle the long-term impacts of those pressures, the EU strives to monitor and anticipate the underlying trends and inform EU policymaking accordingly.

New in this 2022 edition of the EU Blue Economy report is the reflection on the implications of long-term trends, by means of Strategic Foresights. Notably, the report elaborates on a recent scenario modelling exercise that was performed for different sea level rise scenarios and coastal inundations on the EU’s economy. The results indicate in the absence of climate action, the damage of rising sea levels could cause a direct loss of more than €200 billion per year by 2080 in the EU, mostly due to damage to buildings in coastal areas. However, in terms of indirect impact, the damage to society may be even up to €500 billion worth of services in the coastal regions, mostly by damage to water ecosystems and coastal erosion. Underlining once again the need for joint action on climate change and the transition to a sustainable economy, with the blue economy playing an essential role in this transition

CAN THE EUROPEAN COMMISSION DELIVER IN TIME TO PREVENT BORDER CHAOS?