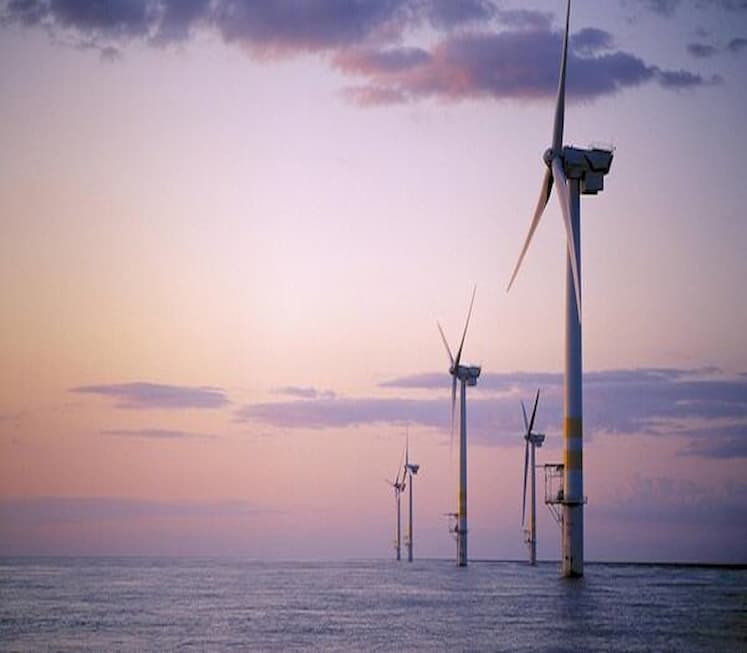 As Ireland enters an exciting new era for sustainable energy generation with real potential to reduce Ireland’s dependence on fossil fuels, we talk to Minister for Communications, Climate Action and Environment, Eamon Ryan, about what could be a particularly exciting new era for the marine sector.

What’s so exciting about offshore wind?

What’s exciting is the scale of opportunity for our country; our sea area is seven times our land area. If you look at the map of where the windy places are in the world, the North East Atlantic, where we are, jumps out.

What’s really exciting is that in the last five years the cost of offshore wind has started to come down dramatically, and that’s where you’re putting the turbines onto the seabed. The prospect of floating wind turbines is also becoming economically viable.

For the Irish Sea, we could put in up to about 5GW of wind power, hopefully over the next decade. That would be mostly on the seabed. That’s as much power as we’re using at the moment. Those turbines could almost power the country on their own if they were running at full tilt. 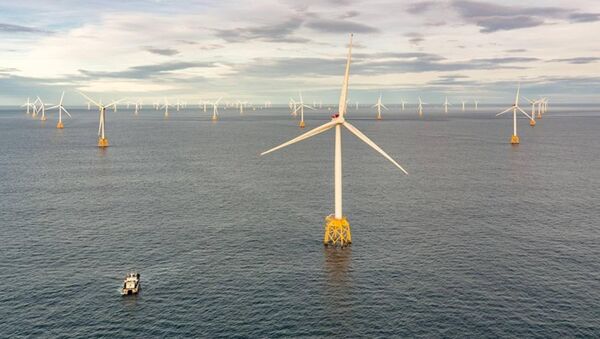 Beatrice Offshore Wind Farm, off the coast of Scotland, a successful model for clean, renewable energy.

The Programme for Government is very ambitious about offshore wind, including out in the Atlantic?

The real prospect then in the northwest, west, and south, where the water becomes deeper more quickly, is the possibility of offshore floating wind. There we’ve set a target into the next decade of 30GW of power, that’s six times what we’re using at the moment. It’s a huge investment that makes sense because we have such a comparative advantage by being such a windy location. We also have expertise in our grid. Eirgrid are probably a world leader now in how you integrate renewable power into an energy system. We’ve everything to gain.

Is the technology at the point it can cope with the type of storms we have out in the Atlantic?

You’re right. With wind comes waves, it’s a very harsh environment. But these are very big machines. They are built to withstand the environment. There are already floating wind farms operating at sea, off the coasts of Scotland and Portugal, which are yielding some of the highest performance ratings of wind farms in the world. The Norwegian government is also involved in this area – they’re issuing a licensing round shortly, and they have similar waters to us.

What are the steps involved in getting this done?

The key to it will be getting good planning legislation so you do this in an organised way, so that the licensing, the planning and the grid connections are all done in a really clear, fair way with proper consultation. If you do that it makes it easier to invest in the project and that will bring the cost down. That’s the first step.

Once you get that legislation you have auctions, so that you get companies to bid in, to help develop it so that brings the cost down.

Then thirdly, at the same time as we build these new grid connections, we’re looking at using High Voltage Direct Current cables. They’ve a huge advantage because they can ship power over very long distance with very few losses. So at the same time as we’re doing this planning and the auctions, we’ll be building the interconnector between Ireland and France. That means that when we’re going full tilt and the wind is strong, we can export some of that to France, and when it’s calm here we can import from France, so it’s a balancing system. This is the new energy system of the future and this is the low-cost energy system. This is the future of renewables at scale.

What else can we do if we produce more electricity than we use?

Energy storage will also be part of the solution. Similar to interconnection, proven technologies such as pumped hydro and newer technologies, such as green hydrogen, can utilise excess electricity produced in high-wind periods and release that energy when needed. Green hydrogen is a particularly flexible fuel which can be used directly in difficult-to-decarbonise energy sectors such as heating and transport, as well as being used for reconversion to electricity as needed.

How far off the coast would these turbines be, and what about the impact on the environment?

Not that far, because you also need to ship the power ashore. The ones off the east coast would be more visible than those off the west coast. We already have them. People can already see the Arklow Banks turbines from the beaches in Brittas Bay or Ballymoney. This is happening in Wales, the North Sea, The French coast and the Baltic.

We do have to make sure we get the planning right, to minimise the visual disturbance, but also protect the environment and consider the impact on migrating bird species. I think this can be done in the right way with the right planning, while developing the resource. This has to be done in conjunction with the wildlife NGOs and the National Parks and Wildlife Service. We have to be very careful.

Do you anticipate issues in getting support for this?

We don’t have as many competing other uses, like military uses or shipping lanes. Even our fisheries tend to be further out, so we’ve certain advantages compared to other locations. There has to be proper consultation and you have to show by example, show people where this has worked successfully. We also have to careful about bringing power ashore in a way that doesn’t disturb communities. All that planning has to be done and that’s one of the most critical parts of the whole project.

If we look at what’s happened in the UK, which is probably the most advanced in this, they have managed to do it without huge disruption.

What’s really important is that this will allow to build a renewable sustainable resource right here in Ireland. It will give us energy security, and it will also help us to reduce our carbon emissions. Over the next decade, we will be electrifying our transport and other systems and we will need electric power from sustainable resources to do that. Offshore wind is a win-win for Ireland.