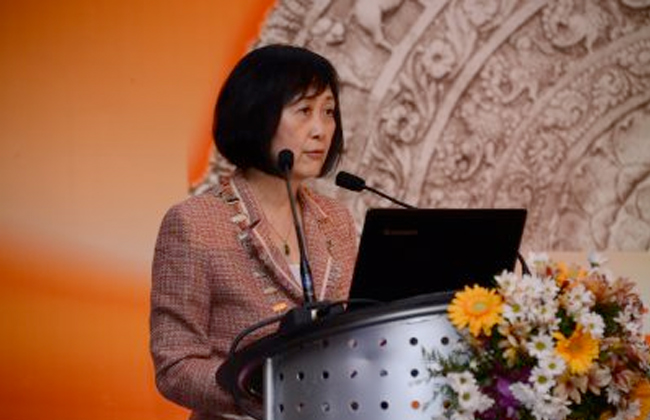 The Institute hosted a number of events to mark the recent visit of Dr Dorothy Chan, the International President of the Chartered Institute of Logistics & Transport.

Women in Logistics and Transport Lunch

On Monday 16 September 2013, some 25 women drawn from the upper echelons of business, the public service and third level education met over lunch to discuss the role of women in logistics and transport in Ireland.

The lunch was hosted by Vivienne Jupp, Chairman of CIE (the national public transport company) and the guest of honour was Dr Chan. The participants gave insights into their careers, their perspectives on women in logistics and transport and an outline of the opportunities and obstacles they had encountered in their chosen professions. During the lunch Dr Chan presented a CILT Fellowship to Ms Jupp to mark her contribution to public transport in Ireland. This event is intended to be the starting point for the formation of a Women in Logistics and Transport group in Ireland.

On Tuesday morning 17 September, a seminar looked at the practical measures that have been or are being taken in the transport sector to contribute to environmental sustainability.

The second speaker was Dr William Wright OBE, co-founder of Wright Bus in Northern Ireland. He outlined the innovative approach taken by his company to the design and manufacture of public transport vehicles which included the low floor bus, pioneering “green bus” technology and the world’s first hybrid-electric double deck bus. His company also won the competition for the New Bus for London.

The final speaker was Eamonn Brennan, the Chief Executive of the Irish Aviation Authority. He explained pioneering initiatives (ENSURE and Point Merge) taken by the Authority to improve air traffic management in Irish airspace which have resulted in significant reductions in fuel consumed and CO2 emissions. For its work in this area, the Authority won the Overall Logistics and Transport Excellence Award at the 2013 Irish Logistics and Transport Awards.

Later on Tuesday morning, the Institute hosted a seminar on humanitarian logistics. Will Holden, a member of the Irish Council and recently returned from Afghanistan, spoke of his experiences working as a humanitarian logistics specialist in that country. He also explained plans to set up an Irish Emergency Logistics Team comprised of professional logisticians with the expertise and training to provide logistics support to aid organisations responding to humanitarian crises worldwide. Arthur Hendrick outlined the work of Irish Aid, the Irish Government’s official aid agency, particularly as it related to the deployment of personnel and emergency supply stockpiles to respond to humanitarian emergencies around the world. The final speaker was Col. Tony Hanlon, Director of Logistics of the Irish Defence Forces, who spoke of the role that the military can play in providing a speedy response to humanitarian emergencies.

During the follow-up discussion, moderated by Dr Graham Heaslip of the National University of Ireland-Maynooth, there was some debate on the role of the military in emergency relief. The point was also made that general logistics training was not sufficient and needed to be supported by specialised training specific to the particular challenges and requirements of humanitarian logistics.

Seminar on Emerging Markets in the Asia Pacific Region

On Tuesday afternoon, the topic for discussion was the challenges and opportunities for the logistics and transport sector in emerging markets in the Asia Pacific Region. Both speakers were drawn from industry and the event was moderated by Edward Sweeney, Director of Learning at the National Institute of Logistics and Transport. Gerry Boylan of Diageo spoke of the opportunities offered by the Asia Pacific with its huge population, burgeoning middle class and growing spending power and explained how his company approached the marketing and distribution of its products in the region. James Caffrey of Hewlett-Packard spoke from the perspective of sourcing product for its ink cartridge business in the region. A key message to emerge from the session was the importance of innovation. To stay relevant and retain and grow market share, companies have to be relentlessly innovative. Product lifecycles are becoming shorter. The region is not one market but a series of differentiated markets and it is critical to understand the requirements of each and respond appropriately. It also became clear that there is still a role for manufacturing in the so-called higher cost economies. 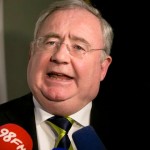 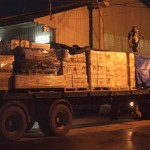