It has been announced that the Irish based airline CityJet has completed its sale to the German firm Intro Aviation. The move will see a total rebranding of the airline which will effectively start again debt free.

The Chief Executive Christine Ourmières stated that the move is an “exciting new chapter” for the company. Ms Ourmières said “This new ownership will create a stronger company, with a path to improved greater long-term opportunities for all employees 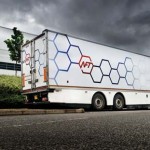