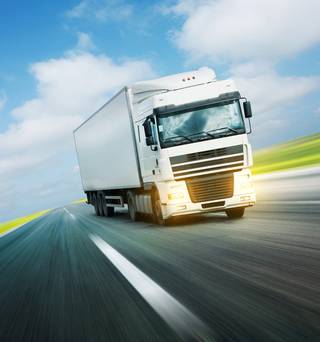 The RSA has repeatedly warned drivers and operators of buses and trucks of the dangers and risks of using devices to manipulate and interfere with the tachograph. This is the device that records the number of hours a driver has been on the road.

Where any breaches of ‘driver’s hours’ laws are detected, we take a common sense approach to enforcement. Depending on the severity of the offence this can range from educational and advisory, to a direction notice being issued and ultimately, taking a prosecution. In 2014, the RSA initiated 247 prosecutions.

While the majority of professional drivers are not breaking the law, we are detecting more tachograph fraud during roadside checkpoints we run in with the Gardai. One such tactic, that’s at the severe end of the scale is to use a magnet to disable the tachograph.

The RSA took a case recently against a truck driver for failing to keep proper records of driving hours. The driver was detected by our Transport Officer using a magnet on the truck’s gearbox. A deliberate and deceptive action which interferes with the recording process of the tachograph, to falsify driving records.

In addition to the magnet interfering with the ability of the tachograph to record when the vehicle is being driven, it also affects other important vehicle systems. It disables the speed limiter, the speedometer and the gearbox management system.

Using a magnet fools the vehicle into thinking that it’s stationary. It could cause damage to the gear box. It could cause the truck to jack knife if a low gear was selected by mistake at a high speed. It can also disable the suspension management system allowing the overloading of drive axles on 3 axle trucks.

To put it in layman’s terms, imagine a 46 tonne vehicle, being manipulated by a magnet, coming towards you in excess of 100kmph with a tired driver behind the wheel, which could suddenly jack-knife out of control. It’s a very serious situation and potentially puts many lives at risk.

The gravity of the situation was reflected in that recent case when the Judge handed down a fine of €3,000 euro and a 4 month prison sentence, which was suspended for 3 years. The judge also banned the driver from driving for 6 months.

Rogue drivers and operators believe that they can fool the system and avoid fines by putting the tachograph to sleep, and disguising the actual time spent behind the wheel. They ignore road safety laws that regulate driving time and rest periods in order to gain an unfair commercial advantage.

Rules that are aimed at avoiding driver fatigue in commercial vehicle drivers who spend the longest time on our roads. Driver fatigue is a silent killer and is estimated to be a contributory factor in approximately 1 in 5 fatal crashes in Ireland.

The RSA’s Transport Officers are well trained in detecting such devices and checkpoints are held regularly to target offenders. Truck manufacturers are also aware of the practice and it is now possible for Transport Officers to use diagnostic equipment, at the roadside, to detect if a magnet was used in the past.

The European commission are aware of the problem and a new tachograph system effective since October 2012 has been fitted to all new vehicles since that date. It uses increased security to prevent fraudulent manipulation.

The European commission are aware of the problem and a new tachograph system effective since October 2012 has been fitted to all new vehicles since that date. It uses increased security to prevent fraudulent manipulation. 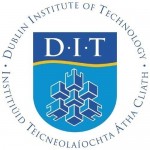