The Cork software firm Teamwork.com who used the company profits to purchase the domain name at a cost of €500,000 last month has released extensions for Google Chrome and Zendesk. The company’s business software is used in 147 countries by around 20,000 companies worldwide and about 90% of its customer base includes names such as eBay, Microsoft, Oxfam, Forbes, PayPal, Electronic Arts and NBC.

The company has recently revealed that it expects its sales to reach over €9 million by the end of next year. The company already possesses an impressive host of third party intergrations in their system which includes Dropbox, Harvest, and Xero.

Teamwork.com has said that Google Chrome has between 35% and 46% of desktop browser users worldwide, and the company points out that 64% of all users visiting Teamwork.com were from Chrome which was a major factor in the new extensions.

The company’s latest extension hosts a selection of key features that will enable its users to add tasks, post messages, log their time and save links directly to ‘Active’ projects directly from any website in Chrome, easily switching between different Teamwork accounts that they are working with at the time.

They have also announced the release of the TeamworkPM app for Zendesk. This announcement was the result of requests for this integration and it has been released live to the Zendesk App Marketplace. This will now mean that when a user is working within Zendesk they will have the option to attach tasks to existing Zendesk tickets. You can now choose an existing task or create a new one, and if you change your mind, you can simply detach the task and select another.

Speaking about the latest extensions Peter Coppinger, the Teamwork.com chief executive said “Under our new ‘dot com’ domain, Teamwork will continue to develop the world’s leading suite of SaaS business products that will integrate seamlessly with Teamwork’s existing project management software; but can also act as stand-alone programmes.” 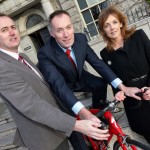 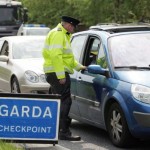