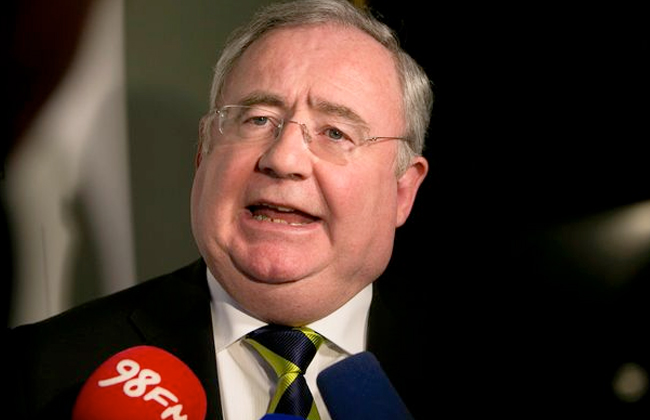 The Government’s recent decision to introduce a new national postcode has been largely welcomed by most across the country, even though it appears that householders won’t be obliged to use it. Communications Minister Pat Rabbitte recently announced that a postcode system with a seven character code for every house and business will be introduced in 2015.

The new proposal from Mr. Rabbitte will mean that Ireland will now be the first country in the world to have a postcode system that has a unique code for every single property and business. The new postcode will have seven characters to indicate the postal address and area. The first three characters on the code will refer to the area or postal district, and the second four to the specific home or building.

The new system, which was proposed to the Government earlier this month will cost €16m to introduce over the next two years. The new codes won’t actually be compulsory and it has been said that any letters and packages that are posted without the new code will still be delivered on time to the recipients.

A spokesman for the Minister of Communications recently stated “The postcode system will enhance postal deliveries by removing confusion but there is no risk of something not getting there if you don’t use it.” One of the primary reasons for the new code system is to prevent delays as 30% of domestic Irish addresses are not unique, which often causes confusion for delivery services.

Many businesses in recent years have been calling for a new efficient postcode system to target sales, deliveries and services more easily at households. In the last decade there has been a massive increase of consumers purchasing goods and services online and on some internet websites a postcode is mandatory postcode before the order can be confirmed which has caused confusion in the past with many packages not being delivered.

Mr Rabbitte, who received cabinet backing for the move this month, believes that the new system will offer many benefits to businesses and consumers.

The Minister said “Given the prevalence of satellite navigation systems in cars, a driver will simply be able to insert a postcode into their device rather than a lengthy address and will be provided with the accurate location.” It is understood that Capita Ireland will be in charge of the allocation of the new postcodes throughout the country.

The introduction of the postcodes has been welcomed by An Post who will be one of the main beneficiaries of the new system. They had initially expressed reservations about the cost involved and are excited about the new system. The introduction of this new postcode system has also been welcomed by the Chartered Institute of Logistics and Transport in Ireland. The Institute had recommended and supported the adoption the new unique identifier postcode system and will also benefit from its introduction.

There were many reasons for the Institutes desire and approval of the new system which will now be in operation from 2015 onwards. As far back as 2005 ComReg published two tenders which dealt with the issue of postcodes. One of these was for a proposed technical specification for a postcode system and one for a cost and benefit analysis for the Proposed Irish Postcodes Project. It also published a report at that time detailing the need for a postcode system in Ireland, and the benefits of different technical solutions. It made the point that Ireland was the only European country still operating without a postcode system. The Department of Communications, Energy and Natural Resources published a tender in 2010 for project management of the implementation of a National Postcodes System.

These tenders were followed by a thorough and detailed Oireachtas report that emerged in April 2010. This report did not outline whether it was in favour or against the introduction of postcodes but it did detail a number of principles that would certainly have to be considered in the design and implementation of any postcode system for Ireland. The issue of the introduction of a new postcode system had basically remained static until Pat Rabbitte finally brought his proposal to Cabinet this month. It now appears that Ireland is finally catching up with the rest of Europe in relation to this matter.

Up until the recent announcement that we will begin to use a postcode system, Ireland was the only country in the European Union and was one of the very few countries in the developed world that did not have a national postcode system in operation. The introduction of the postcode system began in the Ukraine in 1932. Most countries in the developed world adopted postcodes throughout the 20th century to speed up and simplify postal deliveries. The organisation of the postcode largely depended on the operational use to which it was put. Some countries chose to identify the destination post office or the delivery route, and others the destination locality or district. Switzerland for example, adopted a West-East system based on the railway routes and post-car routes used to deliver mail.

The major advantage of the postcodes is their increasing use for the exploitation of online postal services. This issue is a key factor in why it was an important decision that Minister Rabbitte has recently made. The UPU (Universal Postal Union) in its last statistical report in 2011 cited the expansion of postal services into non-mail delivery areas such as track-and-trace, tariff information, postcode lookup, sale of philatelic products, and email services. These statistics point to an on-going decline in global letter mail volumes (-3.7%), at the same time as global parcel volumes are increasing (+2.1%).

In the last number of years there has been a notable increase in the use of postcode data outside the sphere of standard letter mail delivery. The requirement to provide a postcode is widespread outside of this country for access to mail order services. Postcodes have also been a core feature in the delivery of satellite navigation systems such as Garmin, TomTom, Navman, etc. The entry of these products to Ireland was slowed by the absence of a postcode system, as many early users of these systems will recall. The problem was that while most proprietary satnav systems now incorporate up-to-date street data, the problem of driving and trying to find a location that was located in a remote or rural area remained.

Currently there are a number of providers of proprietary routing and planning software packages in the logistics and transport sector, such as Fleetboard. These systems are constantly being used by Irish businesses to perfect their route plans and scheduling. The efficiency and effectiveness of these systems has been hugely reduced by the lack of a postcode system in Ireland. Very often, the manual entry of a customer or destination by logistics operators is required in order to exploit these systems fully. The new introduction of the universal postcode system now means that a customer won’t need to specify a particular warehouse in an industrial estate, they can now direct a truck to a particular loading dock. This will provide material savings in transport costs for manufacturers, retailers, and their transport service providers.

The emergence and rise in popularity of smartphones has generated geo-location applications, such as Foursquare and Facebook Places, which were not around when ComReg initiated its tender round in 2005. These applications already use geo-location data that offers commercial, social and entertainment services. The option to now tie geo-location to the actual addresses definitely opens up new opportunities for developers and businesses to offer new and innovative services to the public in the future.

Ireland’s emergency response services will also be substantial beneficiaries of the new national postcode. The National Ambulance Service had in the past advised the Institute that the provision of a postcode would greatly assist them in confirming locations and vastly increasing response times. The universal postcode will now cut down on the amount of time wasted taking calls and it will also ensure a quicker response to any patient who may require their assistance. The postcode will also benefit the Gardai and the Fire Services greatly in the delivery of their emergency services to the members of the public when they are required.

There is no doubt that unique postal address for every home and business in Ireland will certainly make operations within the logistics sector run more smoothly and efficiently. It is certainly a welcome decision that the Government has taken the opportunity to adopt an innovative and practical address finding system to compliment the technology and the service requirements of today’s modern societies needs. 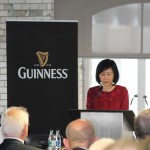 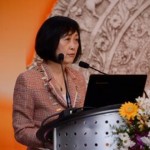