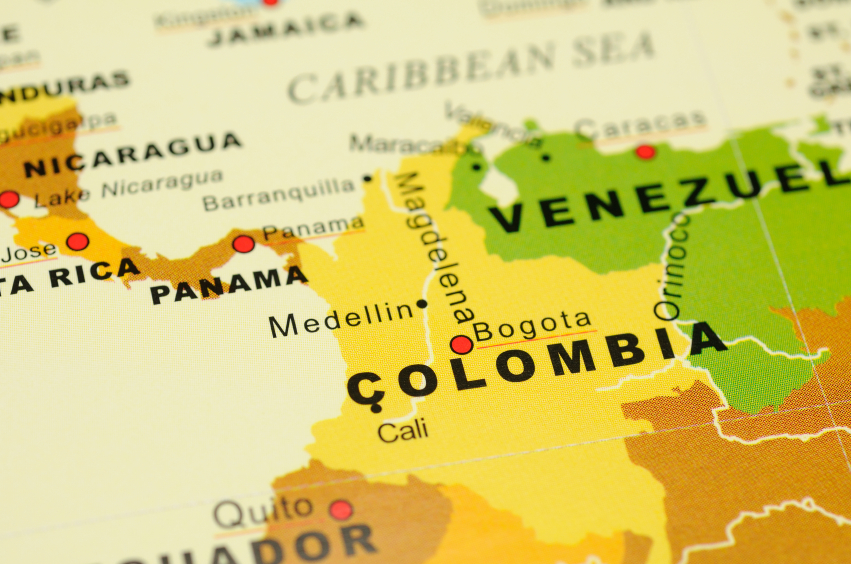 Latin America is a region covering a total of 33 countries with a GDP of approximately $5.5 trillion and a population of 600 million. It is a rapidly developing and increasingly prosperous, open and stable region in which considerable advances have been made on all developmental fronts over the last 20 years.

Brazil and Mexico have emerged as economic powerhouses in their own right while countries like Colombia, Peru and Chile are coming to the fore as dynamic and vibrant economies alongside the already highly developed economies of Argentina and Uruguay. Likewise, Central America and the Caribbean have seen increased political stability and prosperity take hold across most of the region in recent decades.

Latin America is also a very diverse region spanning multiple climate zones in both the northern and southern hemispheres and encompassing a diversity of cultures. Mexico, while clearly part of Latin America, actually belongs to North America in geographical terms and is strategically located with respect to US markets.

Mexico is Spanish speaking as are Argentina, Chile, Peru, Colombia, Venezuela and most of Central America. Brazil, on the other hand, a giant of almost 200 million people, is Portuguese speaking and has a very distinct history, tradition and culture from its Spanish speakingneighbours. In the Caribbean islands and the countries around its shores, French, English and Dutch are spoken as well as Spanish.

The countries of this region represent signifi cant trade opportunities for Ireland as they continue to develop and expand their economic capabilities and their demand for products and services. Despite this, the region is one which has up until recently received considerably less attention and focus than other regions in terms of focus and support from government and development agencies. Nonetheless, there are now encouraging signs that this is changing.

On 22nd July 2014 the Latin America Trade Forum (LATF) hosted a round table event in the boardroom of the Irish Exporters Association with Ireland’s Ambassador to Mexico, Sonja Hyland. The Ambassador outlined the signifi cant trade links that already exist between Ireland and Mexico and highlighted the considerable potential to increase and further develop these links between the two countries.

Mexico is a country with a $US1.2 trillion dollar economy and a population of close to 120 million projected to become the world’s fifth largest economy by 2030 and with considerable scope for Irish exporting businesses, particularly in the sectors of infrastructure development, technology, business services, training and education. On 14th July the LATF, with the support of the Department of Foreign Affairs and Trade held a Latin America business networking event in the ballroom at Iveagh House attended by the Ambassadors to Ireland of Mexico, Brazil, Argentina and Chile as well those Latin American Ambassadors based in London with accreditation for Ireland including, Nicaragua, Guatemala, Peru, El Salvador, Honduras, Costa Rica, and the chargé from the Venezuelan Embassy.

At this event the newly appointed Secretary General of the Department of Foreign Affairs, Niall Burgess highlighted Ireland’s participation in Brazil’s “Science without Borders” project which is enhancing Ireland’s relationship with Brazil and has seen many hundreds of Brazilian students come to Ireland to further their development and gain valuable work experience. Similarly, the Director General stressed the long-term links between Ireland and Argentina and the increasingly vigorous two-way exchanges between Ireland and other dynamic countries in the region such as Mexico, Peru and the Central American countries.

Simon McKeever, the CEO of the Irish Exporters Association highlighted the need for Ireland to diversify its export markets beyond our traditional trade partners in the UK, EU and US. He pointed out that while Ireland’s two-way trade with the 33 countries of Latin America is growing signifi cantly and has reached €2.4 billion annually, this is still very low in comparison to our trade volumes with the three traditional markets and there is considerable scope to grow the figures.

These events are just two examples of a series of initiatives being undertaken during 2014 by the Irish Exporters Association’s newly formed Latin American Trade Forum. The Forum was formally launched in April 2014 at an event hosted in the Department of Foreign Affairs and Trade by the then Minister of State for Trade and Development, Joe Costello. The LATF is supported in its endeavours by its sponsors Arthur Cox, Digicel, Fexco, Fyffes, KPMG and World Courier as well as benefitting from the active involvement of Enterprise Ireland on its board.

The primary objective of the LATF is to bring together and work with the diplomatic services, government organisations, networking bodies, industry actors and the Irish diaspora in Latin America to promote greater trade, economic and cultural ties between Ireland and Latin America. To that end the forum organises networking events, information seminars and roundtables designed to grow awareness of the full range of opportunities that exist for Irish companies in Latin America.

In October 2014, the LAFT will present its conference “Doing Business in Latin America” which will be the fl agship event for 2014. The conference will include case study presentations and panel discussions on the opportunities and challenges of doing business in the various countries and regions of Latin America across multiple sectors and markets.

The will also be an active debate on the policy options that Ireland should pursue in the future to support and enhance trade and investment links between Ireland and Latin America From the work carried out so far by the LATF it has become very apparent that there are significant unexploited opportunities in Latin American markets for Irish companies with capabilities in all aspects of technology provision. In particular engineering technology, food technology, energy, construction and supply chain provide substantial opportunities in these markets to Irish businesses trading in both products and services.

Another important element of the remit of the LATF is the development of policy to inform government action and support in the future. The view of the LATF is that clear policy development and execution of the long term strategic plans derived from that policy will be crucially important to enable and sustain the activities of Irish business in Latin American markets.

Consequently, as we build up our knowledge and understanding of the needs and requirements of Irish business over the coming months, we will engage with government to allocate more resources to increase trade between Ireland and Latin America and to provide companies with the necessary information and support to assist them in this endeavour.

As in all aspects of business – implementation is critical to success and we are actively building our database of members, business contacts, service providers and in market intelligence that will underpin in a practical sense all of our activities and services from this point forward.

While the objective is to increase resource allocation to support trade initiatives with Latin America, it must be acknowledged that there are already considerable resources at the disposal of Irish business in the region and the aim of the LATF is to contribute to build on these and enhance their effectiveness in the future.

By way of example, Enterprise Ireland are active in Brazil, Mexico, Colombia, Chile and Argentina and are currently developing new strategies and initiatives for the region. Enterprise Ireland are organising a trade mission to Mexico in November 2014 centred on the technology sector which will visit the Mexico’s digital city Gaudalajara as well as the federal capital, Mexico D.F. Likewise the Department of Foreign Affairs maintains a presence in all of these countries as well as in Peru and Uruguay.

These all represent important resources and points of contact for Irish business initiating trade with these markets and together with specialist private sector service providers constitute an important and necessary part of the execution of any business strategy that aims to build successful and sustainable trade and business activities in the Latin American regions.

The goal of the LATF is to act as an enabler and catalyst to accelerate and increase the chances of success of Irish companies looking to develop their business in this highly dynamic region of the world.

By  Patrick Daly, Managing Director of Alba Consulting (www.albalogistics. com) Patrick is the chairman of the IEA’s Latin America Trade Forum and can be contacted at 086 811 6030 and pdaly@albalogistics.com