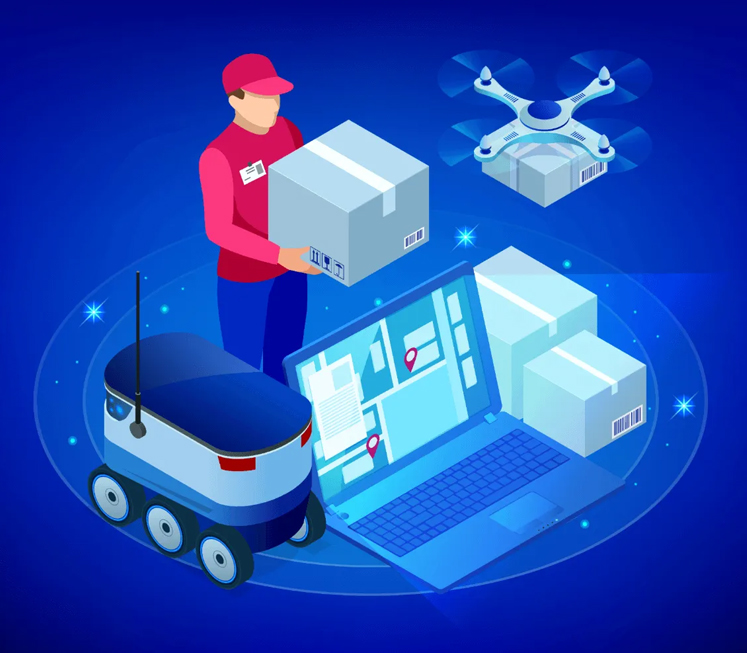 The Origins of Last-Mile Logistics

The concept of modern package delivery in the U.S. can trace its origins back to the California Gold Rush in 1849.

With the need for both gold and money to move across the country – and no cross country train lines – stagecoaches took over that role, with Wells Fargo and other companies working together to found the Overland Stage Company. The completion of the Transcontinental Railroad in 1869 shifted much of the long-haul package delivery business to trains. Packages would be stored in the Express office at the train station, where they could be picked up.

Other companies, such as American Messenger Company in Seattle – which would eventually evolve into today’s UPS – focused on delivering groceries and other items direct to people’s homes. As cars became more and more common, the company began to consolidate delivery routes by neighborhood to reduce costs. And by 1918, the firm had signed the city’s leading department stores to outsource all of their home deliveries.

UPS and other firms continued to advance, and eventually, UPS became a “common carrier”, delivering packages direct to private and commercial addresses and competing directly with the Postal Service. The company continued to expand across the country, and by 1975 had reached a point where it could reach the entire lower 48 states.

As online shopping has evolved during the past several years, retailers have continued to push the envelope in terms of reducing the time from when a customer purchases an item to when it shows up at their door.

While most consumers still look for free or low-cost delivery options, they also expect the option of 1-day or same-day delivery, and in many cases are willing to pay a premium for that convenience.

That single-minded push has filtered down to every aspect of the supply chain, with robots and other technology taking just minutes to pick, pull and package a product for delivery.

Retailers and 3PLs are also putting more locations closer to their customers than ever before. That proximity to the customer is the overwhelming priority, in many cases superseding what may be expected in terms of the cost of commercial real estate. Amazon, UPS, DHL, and other 3PLs need to be where they need to be, and they will pay a premium to accomplish that.

This is the case particularly in Boston, which is a supply-constrained market in terms of logistics properties.

Many warehouses in the region aren’t suited for modern needs, with clear heights and column spacing which doesn’t work with the automated sorting and other equipment needed in today’s markets. And despite demand, the highest and best use for urban infill properties in Boston will likely be multifamily, lab, or office, rather than warehouses.

Companies aren’t even stopping with dropping packages at consumers doors – Amazon and other retailers are experimenting with services in which a delivery person will deliver a package inside your home – and even potentially put your groceries right inside your fridge.

Whether the concept will be accepted is an open question. But it’s a sign that the industry is moving beyond “last-mile” thinking and shifting toward “last-inch” concepts.

Last-Mile Logistics of the Future

The question then becomes – What will last-mile logistics look like in the future? The patent filings and other concepts from various companies give a brief glimpse.

Amazon has continually pushed the concept of automated drones and/or autonomous trucks delivering packages right to customers’ doorsteps. But even that idea has a variety of different layers. The drones need to deploy from somewhere, and those future logistics/distribution properties could be transformed into a beehive design, or even move into a mobile, aerial platform like a blimp – eliminating the concept of traditional industrial real estate all together.

That drone may not even need to land – another of Amazon’s patents is for a shipping label that doubles as a parachute.

Amazon has even filed patents on the idea of “anticipatory shipping”. In this concept the company would automatically ship items to a particular region in anticipation of upcoming orders (such as shovels in advance of a snowstorm).

That way, when the items are ordered, they will have already made part of their journey. And if for some reason that product isn’t ordered, the retailer will discount it until it does.

It’s clear that the industrial and logistics space has a great deal of room to grow and evolve, and even more changes will affect the industry in the near future.

Until science fiction becomes reality – with transporters and matter replicators replacing manufacturing altogether – the logistics environment will continue to evolve with technology and become even more efficient.

How quickly will these future plans take shape? We’re about to find out.

This article is the fourth in a series on how eCommerce is affecting the retail and industrial real estate markets. 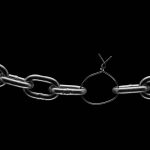