Think Tank recommends building a tunnel between Wales and Ireland 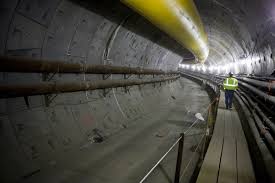 A think tank has recommended building a tunnel linking Wales and Ireland as part of major infrastructure improvements in Wales. The Channel Tunnel-like route would be of European significance and would connect Holyhead, Anglesey – a major Irish Sea port serving Ireland – and the Irish capital, Dublin. It is thought it could be constructed by the end of the century with an estimated cost of £15 billion.

This is based on the HS2 line between Birmingham and London which will cost approximately between £15.8billion and £17.4 billion. The call follows similar suggestions set out by the Irish government, which has demanded better infrastructure to link Ireland to the UK and mainland Europe.

However the Taoiseach’s office in Dublin believes the cost of an underwater tunnel to be too high and unrealistic in this climate. The think tanks report compiled by the Chartered Institute of Logistics and Transport (CILT) called ‘Vision 20:35’ features a range of ambitious infrastructure developments including electrified railways which could cut journeys from London to Cardiff to an hour, as well as metro networks, and innovative transport technology which would spread throughout Wales over the next two decades.

The document advises discussions on the underwater tunnel after these improvements have been made and the academics are remaining that the plan could become a reality. Professor Stuart Cole, of the Transport Research Centre at the University of South Wales says

“As an essential part of the economy, it is hoped Vision 2035 provides a long-term view of transport in Wales. By thinking now about the opportunities and challenges ahead, better solutions can be found that make a real difference to passengers and businesses alike.” 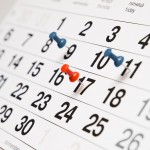