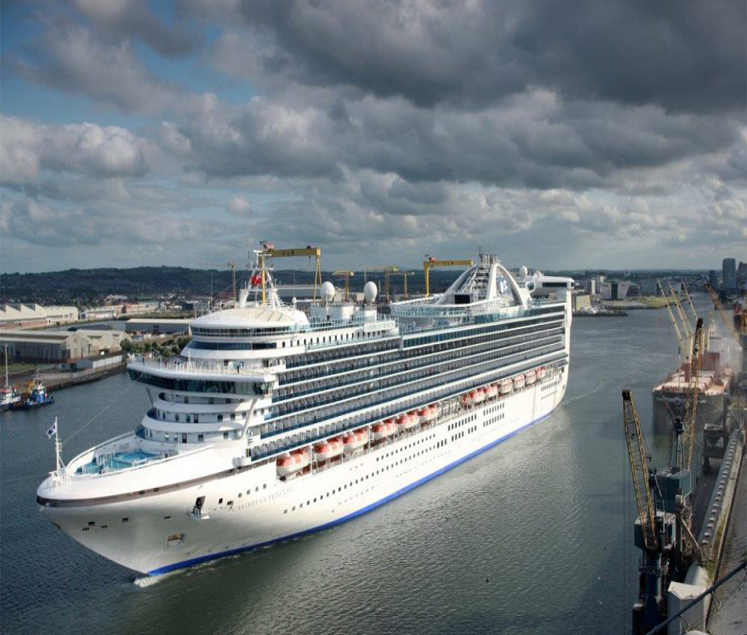 It will be another record breaking cruise season for Belfast and Northern Ireland in 2018 with the arrival of 117 extra cruise ships added to Belfast Harbour, a figure bringing more than 200,000 new visitors.

In comparison to last year, 2018 will have 25% more ships at Belfast Harbour with an additional eight new Cruise Lines adding Belfast to their itineraries.

More than half of the ships calling will each bring over 1,000 visitors to Belfast with the largest ship, the 330m long Royal Princess, bringing more than 61,000 passengers to Belfast during her 12 calls.  August will be the busiest month with 26 cruise calls bringing over 40,000 passengers and crew.

Among the new lines calling is Swiss-based Viking Line which has recently diversified into ocean going cruising having previously concentrated on the popular European river cruise market. Viking Line has scheduled four calls to Belfast in 2018 bringing almost 6,000 visitors in total. Other first time callers include ‘mega-yacht’ operator Variety Cruises, who are scheduled to call ten times this summer.

The length of Belfast’s cruise season has also extended with the first call due in mid-March and the last call in mid-October.  For the first time it’s expected that passenger and crew numbers to Belfast will break the 200,000 mark, up almost 50,000 in a year.

“It’s particularly encouraging that the profile of the cruise lines choosing to come to Belfast continues to diversify, including boutique vessels as well as large operators such as Princess, Celebrity, Cunard and TUI continuing to schedule Belfast. This year Belfast will play host to an unprecedented 117 ship visits which is testament to the work of all involved in developing the sector.”

“This year we will have the opportunity to welcome a record 200,000 cruise visitors, demonstrating just how far the region has come and a testimony to the world-class visitor attractions and experiences Belfast and Northern Ireland now have to offer the cruise visitor.”

By the end of the season Belfast Harbour will have welcomed over 700 ships and 1.2M cruise visitors since the first cruise ships visited the Port in 1996.

Details of the cruise schedule can be found on Belfast Harbour’s website www.belfast-harbour.co.uk/cruise-schedule/