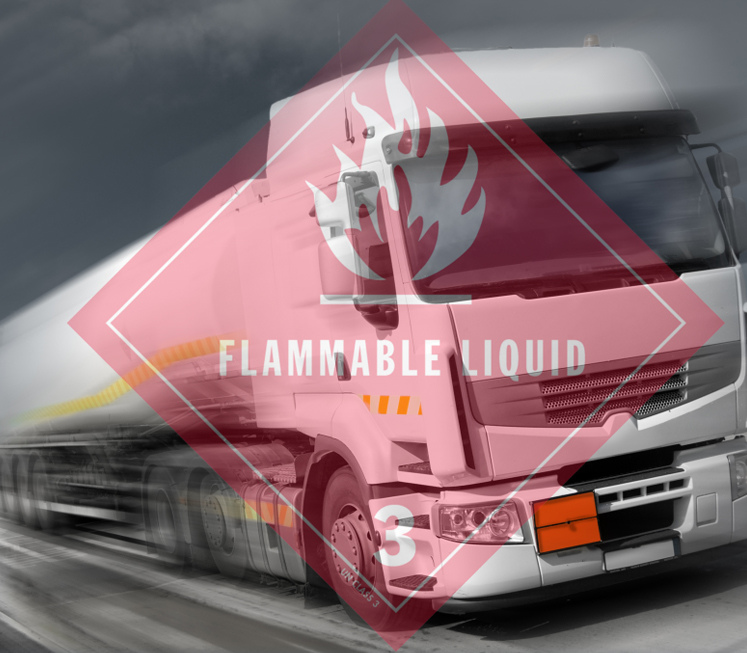 What does ADR, RID, DGSA, Packing Group, UN Number or Limited Quantities mean to you. These words and acronyms are the jargon used in the transport of dangerous goods, which is a highly regulated industry.

ADR has sister agreements covering the other modes of transport –IMDG for sea, RID for rail, IATA for air and ADN for inland waterways. There is a parent agreement called the UN Model Regulations which is revised every two years and these changes are then fed into the revisions of the Modal regulations which are also revised on a biennial basis. The 2017 version of ADR has just been published. The revisions incorporate changes arising from a multiplicity of source such as new substances, technical progress and sometimes a reaction to other events. Following the tragic events of 9/11, ADR recognised that dangerous goods could be used as terrorist weapons and introduced security regulations. After the fires in the Mont Blanc, Gotthard and Tauern tunnels in the late 90’s, ADR introduced a complex set of tunnel regulations which identifies whether a product is permitted to travel through a particular tunnel.

ADR is a set of books running to over 1200 pages which identifies around 3,000 dangerous substances and sets out a methodology for the classification, identification, packaging, marking and labelling. It also covers the transport in tanks where permitted, and specifies the type of tank to be used. There are nine basic classes – explosives, gases, flammable liquids, flammable solids, oxidising substances, toxic substances, radioactives, corrosive substances and miscellaneous. A substance can have more than one hazard. Some of the classes are subdivided such as class 6 into class 6.1 toxic and class 6.2 infectious. Each substance is identified by a unique four digit number preceded by the letters “UN”.
For example petrol is identified by ‘UN1203’, paint by ‘UN1263’, methanol by ‘UN1230’ and so on. Some of the classes have what are called ‘Packing Groups’; these are sub-divisions of the class based on the degree of danger with Packing Group I being the highest level of danger and Packing Group III being the lowest level. The roman numerals are used to distinguish from the Arabic numbers used to identify the classes. Each class has its own unique label, many of which will be familiar to you. The range of dangerous goods carried is wide ranging. The biggest category is Class 3, Flammable Liquids, which includes the fuels, petrol, diesel, kerosene as well as many chemicals such as xylene, toluene and methanol. In Ireland, as we do not have nuclear power stations, the quantity of radioactives carried is small. There are also large quantities of corrosives such as sodium hydroxide (caustic soda) and sodium hypochlorite, which are used extensively for cleaning and sterilising in the dairy industry.

Dangerous goods are carried in packages including intermediate bulk containers (IBCs) and tanks. Many of the tanks are what are called ‘portable tanks’ often referred to as ‘tank containers’ which are used to import products from abroad. Waste constitutes one of the biggest “exports” of dangerous goods from Ireland.

The primary objective of the ADR and the other regulations is to ensure that dangerous goods are carried in a safe manner and do not pose a threat to humans or the environment. Yet despite all the regulations, incidents still occur. Thankfully they are very infrequent but when they do they tend to have serious consequences.

In 2013 in Canada, an unattended train, carrying 74 rail tanks of crude oil, took off on a gentle slope, gathered speed and eventually derailed. A fire ensued and almost 50 people in the town of Lac Magantic lost their lives as a result. In 1978, in Tarragona in Spain, a tanker carrying liquefied propylene crashed into a camp site at Los Alfaques. In the horrific fire which ensued over 200 people including several children were killed. These incidents serve to remind us of the potential of dangerous goods to cause harm and of the need to regulate the transports.

ADR is transposed into Irish law by a Statutory Instrument (SI 349 of 2011 is the principal regulation). This includes a list of over 50 on-the-spot fines from €100 to €500, for various infringements of the regulations. The HSA have produced an excellent guidance document, ADR, a Guide for Small Business.

Training and education is essential to the understanding and implementation of complicated regulations such as the ADR, and the Institute plays a key role in this area. The CILT has a contract from the HSA to manage the driver training function and also the Dangerous Goods Safety Adviser (DGSA) examinations. All drivers of vehicles carrying dangerous goods above a threshold level must hold a current, valid ADR training certificate which is valid for five years. The driver must attend a course provided by an Approved Training Provider and pass an examination administered by CILT. CILT and the HSA are engaged in a proactive programme of review and change to ensure that the training provided reflects best practice as well as any updates in the regulations. The driver is a crucial link in the safety chain and the training and certification process is vital. Companies who are involved in the consigning or transport of dangerous goods must engage the services of a DGSA, either as an employee or consultant. The DGSA will provide the necessary expertise in dangerous goods to ensure the company is compliant with the regulations.

Inevitably there have to be exemptions from the regulations in certain situations. Otherwise it has been said that the cyclist bringing home a packet of firelighters and a box of matches to light the fire would have to have orange plates on the front and rear of the bicycle. There are two main exemptions.

Load limit or small load: depending on the substance involved a vehicle can carry up to a maximum of 1000 litres or kilograms without the requirement for driver training, orange plates and most of the on-board equipment.

Limited quantities: this applies to where dangerous goods are packaged in small quantities of 5 litres or less and are enclosed in an outer package which is marked with the limited quantity sign, then again this transport is exempt from most of the regulations.

There are also many substance specific exemptions by way of special provisions within ADR which recognise some of the practical challenges faced by transport companies without, of course, compromising safety.

Michael Joyce is a highly experienced practitioner in the transport of dangerous goods. He provides safety and logistics consultancy services as well as acting as DGSA for a number of companies. He is also retained as a subject matter expert by CILT. 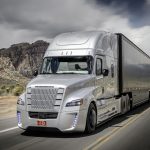 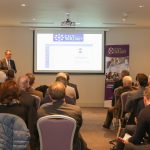