Fáilte Ireland’s Dublin Convention Bureau together with Aer Lingus announced that Dublin has been chosen as the destination for the International Air Transport Association’s (IATA) AGM next year. One of the most prestigious events on the travel calendar, the AGM will be hosted in the RDS, Dublin, from 1st to 3rd June 2016. IATA is the trade association for the world’s airlines and its gathering will attract more than 1,200 delegates and is estimated to be worth 1.6 million to the local economy.

Hailing the significant conference win for Ireland, Minister for Transport, Tourism and Sport, Paschal Donohoe TD, said: “Ireland is truly punching above its weight when it comes to winning large international conferences to these shores. I am particularly pleased, as a transport and tourism Minister, to welcome the International Air Transport Association’s members to Dublin next year. It gives a great boost  to our global profile to have so many influential members of the air travel community gathering here and I am confident that they will be impressed with the experience”.

Welcoming the IATA’s decision to choose Ireland, the Head of Business Tourism for Fáilte Ireland, Miriam Kennedy, said: “To have secured the world’s largest gathering of airline leaders is a huge achievement and we are working hard to ensure they have a memorable experience when they arrive here next year. Today’s win follows an impressive 149 conferences confirmed to date which are taking place this year in Ireland worth an estimated combined value of €67 million to the economy.”

The AGM is IATA’s pre-eminent event and a unique and exclusive industry forum, which brings together the world’s aviation leading figures. Every sector from the air transport industry is represented: airlines, governments, regulators, regional airlines associations, airports, ANSPs (Air Navigation Service Providers), manufacturers, IT providers, major media outlets and many other stakeholders and partners.

Stephen Kavanagh, Aer Lingus Chief Executive said: “We are pleased to be bringing aviation leaders from around the world to Dublin. Air transportation plays a vital role in Irish social and economic life and the Irish have a proud history of contribution to the development of our global industry. We look forward to welcoming the world’s aviation leaders to our capital city and providing them with the opportunity to enjoy the hospitality for which Dublin is renowned. Delegates will find a warm welcome, a vibrant city and a great venue for their AGM.”

Miriam Kennedy concluded: “Wins such as todays are an integral part of our work to develop and grow business tourism. This lucrative sector remains a priority for Fáilte Ireland. The pipeline for next year and beyond is looking positive, with 70 conferences already secured, along with a potential €84 million in revenue for the Irish economy. A further 218 conferences are currently being bid for at the moment, with a potential value of €302m if all are secured.” 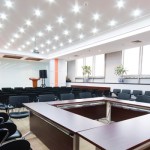