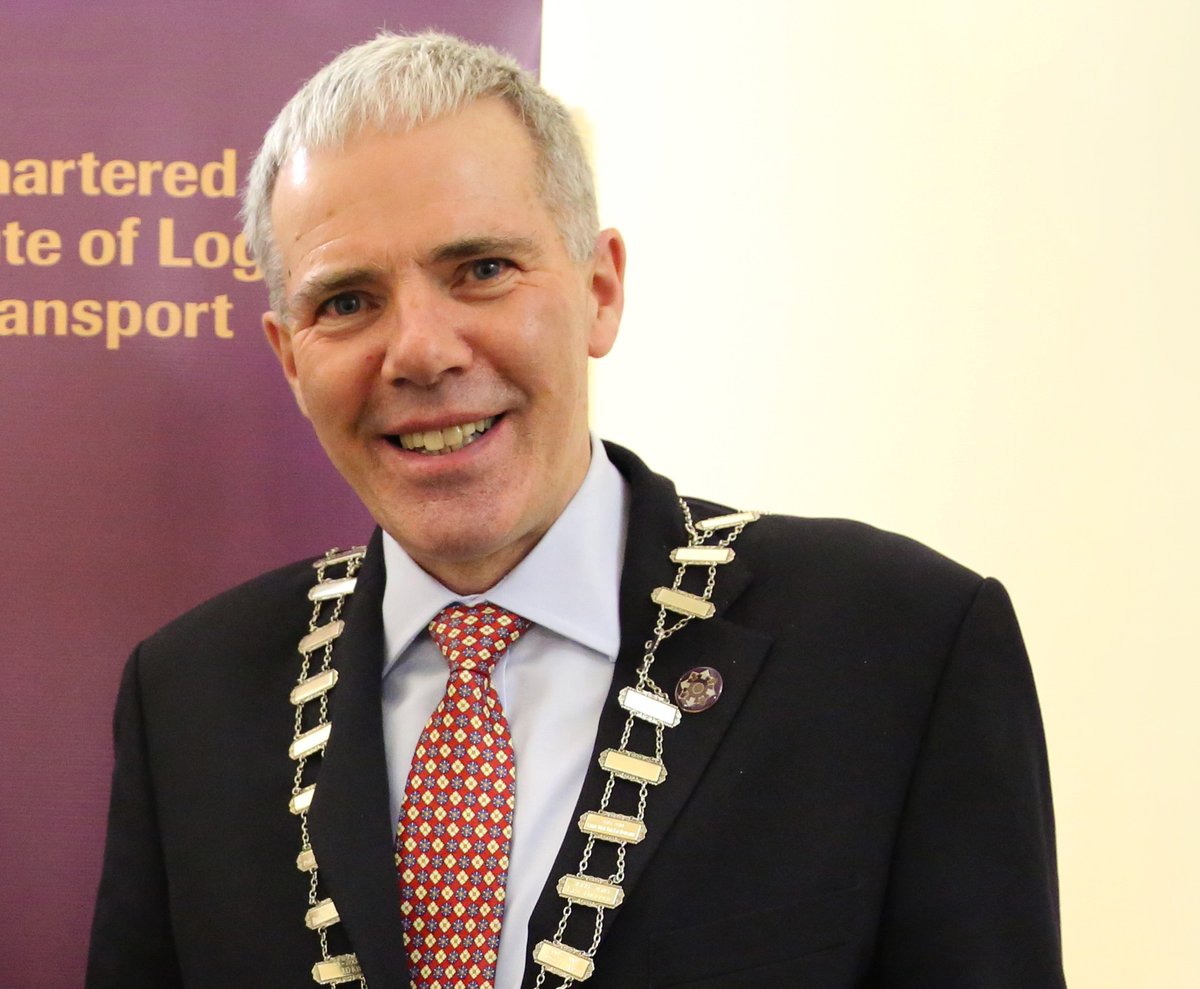 The New Year has brought with it a new era for The Chartered Institute of Logistics and Transport (CILT), as Lieutenant Colonel (Ret) Kevin Byrne took over from Paul Brooks as CILT International President.

The leading professional body for logistics and transport specialists the world over CILT International has over 35,000 members in more than 100 countries worldwide. The Institute seeks to promote excellence and understanding through education, support of industry professionals and provision of continuous career development opportunities.

Building on the great work done by his predecessors Paul Brooks and Dr Dorothy Chan, Kevin’s focus will be on growing the organisation, increasing and retaining membership, political influence, and expanding into new territories. Adopting the motto “The future is ours”, Kevin is focused on developing new, younger members.

“We have a fantastic pool of young professionals across the world. My idea in the short-term is to promote membership growth but also to retain membership where we can. A problem we have in some aspects is that we get lots of people looking to join but we also get people who move out and retire on the top end. So, in some cases we’re not as prolific as we could be in terms of consolidating our membership and growing our membership services.”

“When young people look at organisations they want to join, first and foremost they should consider what’s in it for them in terms of membership or educational services they can benefit from. I hope CILT will be a partner for them when they commence a job in whatever aspect of transport and logistics they choose. If you get students involved at an early stage, when they get a job and become established, they tend to rejoin the body. That is true not just of Ireland but of many of the countries in CILT International.”

The new CILT International President is an experienced educator, having taught part-time on the BSc and MSc programmes in Aviation Management in Dublin City University and on similar courses in Coventry University in the UK. Education, in particular the promotion of excellence and the provision of opportunities for continuing career development, is a core aspect of his role. He stressed the need for CILT’s educational programmes to remain widely accessible and for the courses to be available to industry professionals at every stage of their career.

“We would like – in all parts of the world if we could – for CILT to be a partner to everyone in logistics, transport or supply chain. In other words, we have something to offer at every stage, from a junior member, right up to the upper levels. A partnership for life is what we would like to put in place.”

Another key area Kevin is enthusiastic about, stemming from his time with CILT Ireland, is the organisation’s capacity to influence various state and non-state organisations:

“CILT Ireland has been a very successful influencer. We are not a lobby organisation but people are looking to Ireland and saying, ‘you have great influence in terms of the policies that you can offer to government departments and non-governmental organisations’. We have been very successful at this over the last five years. Other countries are turning to us, looking to know how we’ve succeeded in that regard. I’m especially pleased to see that happening in the Middle East and Africa. There is much experience CILT Ireland and other CILT bodies can share with these developing countries. For example, how to improve road safety or provide the best public transport and how to do that efficiently and safely. We have people and talent on board who can provide advice and guidance on best practice and that sort of thing.”

Ireland compares favourably to what Kevin has seen on the international stage so far: “Ireland is one of the best run and most organised [of all CILT regions], and does a huge amount of work. Of course, like any organisation post-recession, it could do with more members, which is probably true of other chartered organisations as well,” he said.

Building membership is crucial to the future of CILT and Kevin has identified two key areas that need to be targeted: “Two particular groups within CILT International are gaining much traction. One is the Young Professionals (YP) and I would like every CILT council to have a recognised YP on board. The reason for that is you have a succession plan and they will bring a fresh perspective. If we only have people at senior level sitting around the table we will only get one world view. We need a younger opinion on what is actually happening out there.”

The other group Kevin believes is important to the future growth and development of CILT is Women in Logistics and Transport (WiLAT). This membership “have been phenomenally successful in different parts of the world and have successfully organised all kinds of training and events. I want to harness the energy and talent of both WiLAT and YP in the next couple of years. We are all members of one family and we want to see that the best practice in one part of the world is shared elsewhere so that we are successful wherever we operate.”

With his strong background in education, extensive industry experience and deep passion to see the organisation develop we look forward to CILT International growing and improving during Kevin’s tenure.