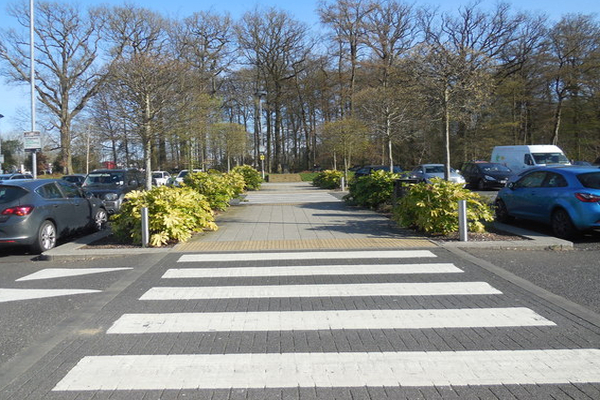 Minister for Transport Eamon Ryan announced a zebra crossing pilot scheme for the provision of crossings without the flashing orange Belisha beacon lights.

Belisha beacons can cost close to €80,000 to install and can be delayed by issues with connection to an electricity source resulting in an unnecessary restriction to the number of crossings put in place.

By dropping the need for these expensive lights in secondary legislation and replacing them with a reflective sign instead, road authorities could quickly and easily increase the number of safe crossing points for pedestrians and active travel use, particularly where speed limits are 50km/h or less.

Belisha Beacons are mostly used in Ireland, the UK and in other countries historically influenced by Britain (such as Hong Kong, Malta or Singapore). The beacons were named after Leslie Hore-Belisha, the UK Minister of Transport at the time who introduced them back in 1934.

While the move wouldn’t fully eliminate the use of Belisha beacons, the pilot will provide the information needed to inform a decision to omit or replace them with a fixed sign, in certain situations.

Research has already been carried out to assess the impact of such a move, and how any potential risk to vulnerable road users can be reduced. It has also informed the criteria needed to identify pilot locations and has taken into account the experience of other European Countries, where Belisha beacons are not commonly used.

Following research and consultation with various bodies, the following sites in Dun Laoghaire Rathdown and Limerick will be used for the new Zebra Crossing Pilots:

The pilots will run for approximately 9 months before final analysis on their performance and potential roll out for implementation by all road authorities. In all pilot locations listed above, the Belisha beacons will be replaced with a fixed sign. Two options will be used as shown below: